Here are 5 children's books that teach life lessons, from a child's perspective. The lessons from these books will make them live life better in future. 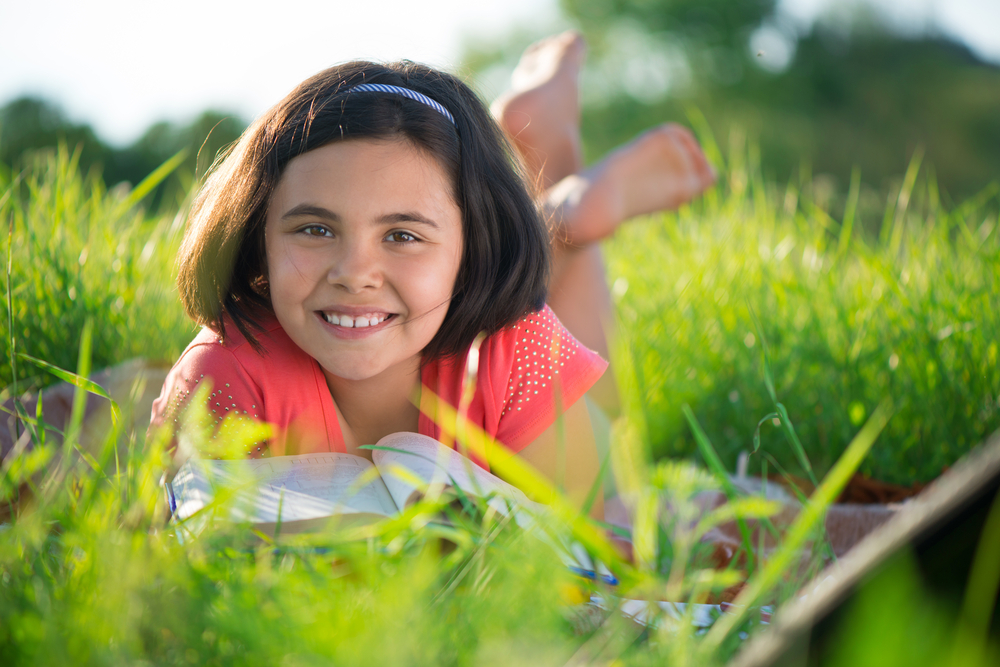 Here are 5 children’s books that teach life lessons, from a child’s perspective. The lessons from these books will make them live life better in future.

Kids are the most curious species on earth and sometimes fueled by this curiosity they often ask the darndest questions; questions which might leave you speechless and often at a loss of words. Sometimes in our zest of protecting their innocence or just in a feat of subconscious effort to bundle them inside our protective safe heavens, we often miss out on teaching them some of life’s most important lessons. There is no delicate way to put it but these lessons are the ones that will help our children in the long run; they will help them to be ready to face the many challenges that life throws at them.

Putting life’s lessons within a child’s perspective can be a daunting task. So books are my favourite teaching aid for any age. I love how books opens up a child’s eyes to experiences they have never had, to discover places they have never been to, and to feelings their heart has not yet felt.

Here are 7 great books that will help in putting some of the life’s valuable lessons within the scope of a child.

The Heart And The Bottle by Oliver Jeffers

The master story teller, Oliver Jeffers puts life’s greatest lessons ‘Death and Loss’ within the spectrum of a child through his book ‘The Heart and The Bottle’.

The story is about a girl and her father; their amazing relationship and the many fascinating adventures they sail to through the enthralling world of their books. All was well until one day the chair, where the girl’s father used to sit and narrate the most stupendous stories, goes empty. Oliver Jeffers gives a pictorial explanation about the most gruesome reality of life with the strokes of his paintbrush and by his economy of words. The profoundness of the loss and the associated grief was so immense for the little girl that her life plummets into darkness. She retreats into a shell where she wasn’t incinerated by the hunger of knowledge and the thirst for adventures anymore. Her life was no more propitiated by the ever enthralling world of the books. She did not weave a utopian world anymore the way she did listening to the enchanting stories of far off lands. She found refuge in the ‘grief monster’ in her ignorance and oblivion cheats. Until one day the girl meets another little girl who rescues her from the self-imposed dungeon of ignorance and helps her to re-find happiness.

The book teaches our children that life and death are the two sides of a coin. Without one the other is not possible. The vanishing traces of the past should not hamper our steady trudge to the present because the present is the most important of all. We should live in the present and live it brightly; because when the gloomy grey clouds of the past pass, there will be sunshine on the other side.

The Queen’s Orang-utan by David Walliams

We often pass judgements on others based on our perceptions. However, we should be careful when we write people off based on outward appearances.

David Walliams’s ‘The Queen’s Orang-utan’ is a classic book which speaks about how our perception of a monarch and the life they lead does not always matches reality. As an ordinary human being, with no noticeable royalty or celebrity status to boast off, we often perceive that a queen’s life is a smooth ride because we synonymise happiness with opulence. The pompous life of a queen screams of luxury. What it is reticent about is the cost she pays for enjoying that Royalty? The cost is losing freedom.

In the story the queen feels trapped in her own palace and every night she yearned to be free; free from the clutter of royalty. So on her birthday she demands for an Orang-utan to whom she secretly relinquishes her good life to and escapes to freedom.

‘Heather Has Two Mommies’ was the first picture book to depict a lesbian family in a positive light.

In the story a little girl named Heather is dismayed when her classmates don’t understand why she has two mommies and no daddy at first. But when the whole class draws their families, Heather quickly realizes that no two are the same and, as her teacher points out, “the most important thing about a family is that all the people in it love one another.”

The story is an excellent anecdote to put same sex affection and same sex marriage in our child’s perspective too. It teaches them to break societal taboos and accept themselves and others the way they are. Not everyone is the same; they look different, their tastes differ, their choices differ. And we cannot and should not coerce our choices on others and stigmatize theirs’. We are born free and everyone has the right to live free and choose free. We should give respect to those choices to earn respect for our choices.

One day when I was on my way to feed the pig, I began feeling sorry for the pig because, like most pigs, he was doomed to die,” writes White.

‘Charlotte’s Web’ is a classic book written by E.B. White which teaches children about the importance of friendship, compassion, mortality, legacy and love that transcends beyond differences. It doesn’t matter how we look like because “we have lots in common where it really counts.”

The complex emotions that emerge from the barnyard in E.B. White’s masterpiece never cloy, but feel true and important. There are huge lessons to learn from this book that, at its core, was about an adorable friendship between a spider and a pig.

Duck For President by Doreen Cronin

‘Duck for President‘ by Doreen Cronin is a story of a duck that lives on a farm and is unhappy with the chores that he has to do daily. He thinks that if he were the head farmer, life would be much better. So he holds elections and wins to replace the farmer. However, after some days he finds out that this job is not nearly as fun as he had anticipated. So he moves on to run for governor and eventually becomes the president. But nonetheless, the job is not nearly as glamorous as he had expected. One day, while reading the “help wanted” ads in the paper, he comes across an advertisement, asking for a duck who can perform the daily chores that he once did. Deciding that this is the job for him, he leaves the Vice President in charge, and answers the ad, which we later finds out was posted by the Farmer. Duck goes back to his original life and lives happily with his daily chores.

This story teaches our children to be grateful for the life they have because the grass is not always green on the other side. The life that we see on the sunny side of the street might just be a mirage. Duck learns this the hard way in the story. The book also teaches young readers that being a leader isn’t always about being the bossy one; rather it is about having the most responsibilities.