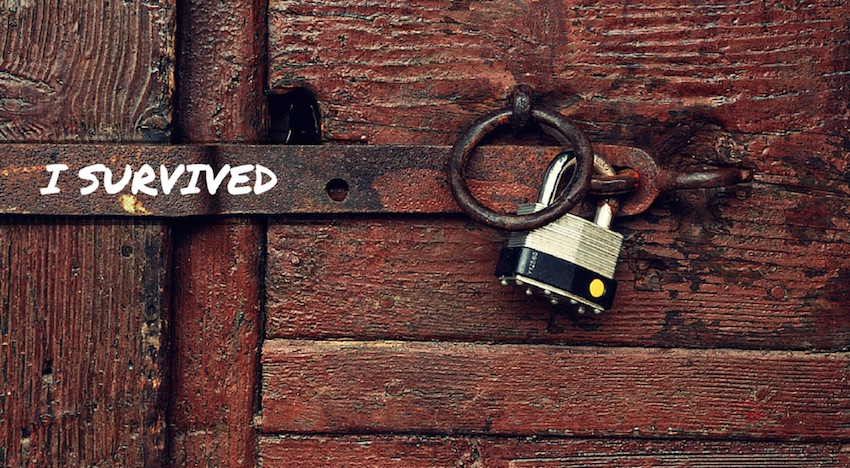 The Old Gate: A Story of Surviving Betrayal

The blows from people we trust and love, are the hardest to bear, to survive. Yet, familial conflicts over money are all too common. Here’s one such story.

I had this wonderful opportunity to meet this beautiful girl called Winona. She was sassy and smart and we clicked instantly; off we went, chattering nonstop about how cruel and colourful life is. It did not even feel like an interview and I was hardly looking or feeling professional. Well, how could I when there was someone so open and bubbly in front of me?

Suddenly at the mention of profession, she grew silent and the silence hung in midair like a thick tangible blanket. It made me cringe because this was the same girl who was twirling her fringes and talking to me tirelessly about how cute her puppy is and how she gave her husband a summer cut by mistake, a second before.

In an attempt to dodge the obviously painful topic, I pointed to her watch and told her it was that really pretty. It was this simple elegant watch, the kind every girl in the 90’s cherished and it looked a little out of datefor her chirpy self but hey! I was trying to change topics, remember?

To my utter amusement, a rivulet of tears streamed down through her carefully lined mascara and she looked at me with a sad, slow smile. “My maternal uncle”, she said after a momentary glance at her watch; “The best kind, you know? Was so much fun, loved me like his own child, married a lady I fell in love with too, almost-almost adopted me as their own…”, she choked and I held her hands and gave them a gentle squeeze as she sniffed a little and resumed.

“Well, he had this job in the Maldives. Was well paid and all that. He used to get me a hell lot of presents, you know?” she said and amidst the tears, her laugh lines crinkled and I noticed a tiny twinkle in her eyes as she spoke about her favourite uncle.

“Ten years…he was there and used to come over, buy me presents and pamper me like I was his own child. Aunty was no different. I even thought she was my second mother or something. We’d write these lengthy letters you see…I used to jot it down with a pencil and ink it on top of the carefully written pencil words, so that uncle would now believe that I was finally growing up. It was a bond you see, a very innocent but strong as rock bond. It was love too, but I somehow came to think of it as a bond foremost. A very unbreakable bond. I still remember”, she said and flicked a tiny tear from the corner of her chin with a careless sweep.

“This secret lock diary that he bought me for Christmas. That was when I started writing. All my stupid silly poems and write ups and doodles. Just because uncle trusted me with a diary! I mean a diary! For me! I was only five! And then it started. My writing. It just flowed. Years later, he didn’t know that I still preserved it. It’s been fifteen years…”, she sighed, stopping for breath, I leaned in. She was a storyteller alright and I was too hooked to even feel embarrassed listening to her very personal story.

With a small cough, she began, “I was married and all. To the best guy in the entire universe”, she smiled genuinely and I nodded. I definitely knew the feeling. “Uncle and Aunty did come to the wedding. But something had changed. You see, when Uncle and Aunty returned from the Maldives and settled in our hometown with their jumpy pre teen daughter, I was more than excited. I could finally get to spend more time with people I connected really well with! Uncle had settled for a very low paid job in my hometown and this made my mom and dad sad too, in a way. We could not imagine them living in a shack when we lived comfortably. It was then, Dad, being the brilliant idea generator that he is, decided to set up a huge coaching class for students in our area, with a lot of investment and well planned infrastructure, in the plot that he had bought for me and my sister. The plot that was bought for our marriage expenses later on. We were only fifteen. We could wait. This was important and we all agreed on that.”

“With my dad’s genius and a lot of help from Mom and with Uncle and Aunty’s efficiency, the class widened and brought them a huge profit. In a short while though, everything changed. Aunty became possessive of the centre and Uncle took a back seat when she slowly but surely took the reins, chucking all of us out of the polished iron gates that I had selected, and my dad had actually painted.”

I gasped and she didn’t even notice as she continued, “Everything. Everything came under their control. To the extent that everyone considered the plot as my uncle’s. Not that Dad minded. He was happy for them. So was I. So was mom. Six years rolled by. My wedding was the grandest function my family had ever witnessed. A fairytale wedding I tell you! So it was only natural that dad got upset by the day when uncle paid us no rent whatsoever from day one. To add onto that, we had given him our house to stay in (rent-free ofcourse). They seemed to be earning so much and they were pretty well to do by now and dad was pretty sad that they did not even flinch when dad asked for rent for the first time in six years. Uncle immediately retorted that the coaching centre was not faring well and so Dad offered to take the centre back or give it away to someone else for rent. Uncle immediately agreed on giving it away and since I was married by then, Dad asked me if any of my friends could take over the centre. Being ambitious from a very young age, I had always fantasised that I’d make an awesome entrepreneur some day and I immediately jumped up and said ‘Yay! let me do it’. ”

“We got the centre to ourselves and Uncle promised that the furniture and staff and students would remain (because it was all ours anyways – they’d not paid rent for so long). It all seemed right until the staff all rebelled at the end of one month and got the troops of students,to their side too. Relentlessly, we were bombarded with problem after problem, misbehaviour, disciplinary issues and we were pushed to ask a teacher to leave when we came to know he had this special ‘thing’ for girl students alone. Well, you get the picture.”

“Hell broke loose. All the teachers quit and grabbed three quarters of our student mass and even swindled money. We walk in one day and see a few scattered students and almost empty desks and benches. To add onto that, we get to hear that it was all Uncle’s doing and that he wouldn’t stop until we’d reached a total null point and decide to shut down the centre. Trust me, I was so not prepared for something like that and for hours I thought it was all a scam and I longed for someone to yell “SURPRISE! Happy April Fools Day, you idiot!” or something. But it was not April and I was definitely not dreaming. After this, came the threats. To my mom, dad. The phone calls, the tears…I’m a broken woman, Fiona. The stabs from people you love are the worst blows ever. But somehow, I did get up and survive.” She said and sighed. This long deep sigh that only people who’ve gone through so much, can do.

“Now all this”,  she said, motioning to an array of buildings before and behind her. “I made Dad and mom proud”, she smiled as moisture glistened in her eyes again.

“I know Fiona, Uncle will be proud of me too. If not now, well…someday,” she finished, as she proudly looked around her empire.

Her very own Academy.
I’d known her for ten minutes and I did not know why her story stirred me up.
Well, a survivor? Sure she was.
A survivor who had proud scars.
Not scars of defeat.
Scars of experience.
That life had lashed upon her.
Slowly, at times, mercilessly at times too.
I watched her flash me a radiant smile as she walked with grace, to her Mercedes.
I got up. It was time to leave. I dusted my jeans and stood up as I watched the mighty building that she described with so much detail. A whole crowd of students rushed past me as I fumbled for my phone in my pocket.
As I closed my notepad and capped my pen, I knew this was ten minutes well spent. I walked past the handsome office-room, which was only brick and cement when she had sat down and cried for lost humanity; well it was steel and glass now. I walked towards the gates.
Though the whole Academy was huge and classy in structure and population, the gates were still small and oldish by comparison.
It was the same gate, she had carefully chosen, and her father had painfully painted. 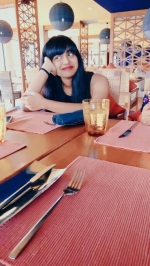 Joyce Carol Oates’ Story ‘The Girl With The Blackened Eye’ Fills You With Terror And Leaves You Angry At The Same Time!

Stories Of Some Vibrant Women Who Touch Our Lives