A Bond Of Cousins Across Continents

A nostalgic look back on NRIs, grandparents and India- that was once upon a time. A bond between cousins across continents. A must read! 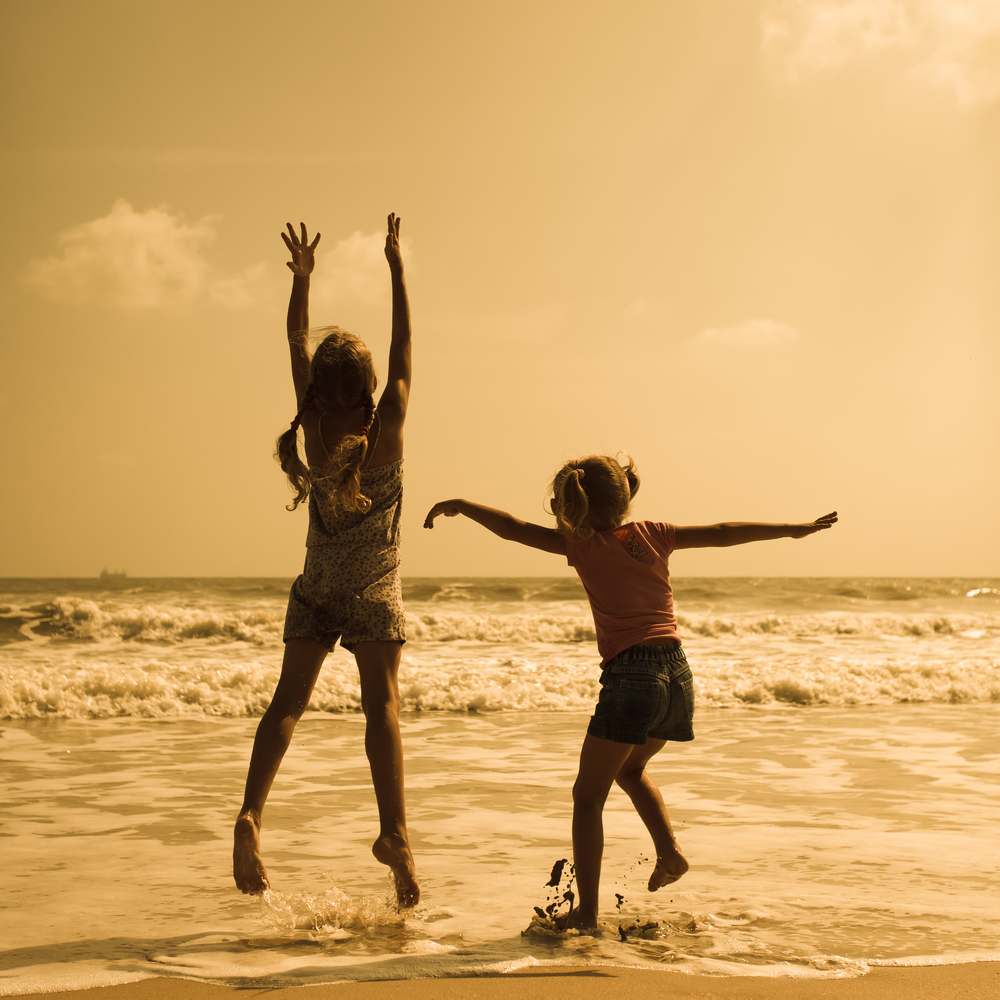 A nostalgic look back at a bond between cousins across continents. A must read!

We descended from the same set of grandparents, have a common segment of DNA running through our cells and a shared lineage of ancestors. But, by a stroke of fate we were born and raised in different continents. I was the Indian, born growing up in India, she was my NRI first cousin from USA. Actually, in those days we just called her a ‘foreigner’. We were a year apart in age, but living across the world from each other.

Although technically, we had seen each other when we were babies, we first met only when we were about 8 or 9 years old – an impressionable age. It was the very early 1980s – an era when the only connection across continents was an occasional letter conveying belated news or a trunk call bearing urgent information. For all purposes, we were complete strangers meeting in the land of our forefathers- India.

We met in our grandparents’ house, a common ground. The first sighting, I expected, would be like witnessing an alien from another world, but it was a relief to see that my cousin was just a human being like me. The initial moments were awkward, with monosyllabic conversations, long pauses, giggles and stares. She was still jet-lagged and I had no idea what that meant. I understood her accent, I think she understood mine and was a little surprised to hear me speaking English quite well. In the beginning we just enquired about each other’s school, daily routines, friends and the conversation was a bit formal, and polite as we tried to get to know each other. As her jet lag eased, the ice between us thawed, the barriers slowly disappeared and we connected as two humans.

Very soon, we were discussing her holiday homework in more detail and she was shocked that my sibling who was younger than her could solve the maths problems easily for her. Her glossy maths workbooks that had interesting and colourful pictures to go with the numerical problems in turn fascinated us. Soon she was regaling us with stories from her school in the US, telling us that they did not wear a uniform like us, that they could sit wherever they liked in class, how the cafeteria worked, of ‘ Chucky Cheese Pizza Time Theatre’ where they enjoyed rides and ate pizza, which we had never eaten!

For a child used to living a life in the US, I can only imagine the culture shock that my cousin experienced in the India of the 80s.

For a child used to living a life in the US, I can only imagine the culture shock that my cousin experienced in the India of the 80s. The smallest of things were a shock to her system. From the electricity cutting off for hours to people dropping in at odd times without calling, every little thing that we in India just take for granted was for her new, strange, bewildering and incomprehensible, all at once. To add to it, my grandparents’ home had some wonderful ancient appliances like a ‘bumba’, which is a copper water-heating container, in the bathroom. My cousin just could not understand why there was no automatic hot water coming out from the taps and why one had to fill water into the ‘ bumba’, switch it on and then get hot water into the bucket. I don’t know what she would say if she had seen a real ‘bumba’ which operates on hot coals, in villages! Not understanding Marathi was a big hindrance, so my grandmother had to learn a few words of English to speak to her. My cousin in turn learnt a few Marathi words from us and the rest of the time we translated everything we could for her.

India was for my American cousin, a discovery. The smallest of things would delight her; the simplest of sights would be joyful. A bumpy bullock-cart ride is a precious memory now. A rickshaw ride winding through crowded, narrow lanes was for her like a rollercoaster ride and we loved to see her enjoying it. The kulfiwallah making his afternoon rounds, the magician coming to the door for a show, the troupe of monkeys showing their tricks, the mattress maker shouting out his marketing spiel, the ‘bhandi wali’ haggling for old clothes in exchange for new pots, people dancing in the streets in a wedding procession all made for daily entertainment.

Visiting the maid’s house and looking at how her large family fitted in a small, one room arrangement must have been an eye-opener for her. We started seeing India through her eyes. What we couldn’t understand is why my cousin could not fully adapt and live like us. Why she developed an upset stomach even after drinking boiled water, why she found the milk funny tasting, why she found Indian sweets, too sweet. Why even the sight of an insect like a fly would drive her into a panic. We loved to see her enjoying hot pooris and chapatis straight off the pan, just as we all loved to eat ‘waran bhaat’ [Maharashtrian ‘daal’ and rice] lovingly mixed and mashed by my grandmother’s gnarled old fingers which another American cousin had dubbed ‘rice with yellow sauce’. By the end of her India stay, we had managed to Indianize her American English and accent, besides giving her a bagful of memories.

In subsequent visits to India, as teenagers, we cousins met again as old friends. Our communication had been a rare, solitary letter.

In subsequent visits to India, as teenagers, we met again as old friends. Our communication had been a rare, solitary letter. We were now more mature and had loads of information to exchange. My cousin showed us her bag of cosmetics and we gushed over her deodorant which was unheard of in India at the time, wonderful objects like eye-lash curlers, colourful makeup, dental floss, hairspray and many more such unknown bits and pieces that we Indian girls had never seen. This time the talk was of proms, boys and topics that were taboo to us teenage girls in India. Our American cousin’s social life and the stories of high school in the US had us spellbound and scandalized.

For her, it was about noticing the social mores in India, the gender inequality- why did the men of the house eat before the women? Why did we Indian girls at the time think wearing sleeveless clothes was outrageous? Why did my grandmother never call my grandfather by his name? She noticed the things we never really saw. A cow ruminating in the middle of traffic on the road had her excitedly clicking photos. She was perplexed by the amount of studying we did in India and wondered why we had to lead such strict lives. It was hard to explain why we did certain things in India differently from how she did them in the US, but we Indian cousins tried to explain to her in our own way.

Over the years, her India visits reduced and finally stopped. We grew up and led our separate lives. I left India and am now living outside India. I can understand how she saw India so many years ago, how she struggled to fit in, to adjust, and to adapt. Although people across the world are now so closely connected electronically, we drifted apart. While we are in touch, we haven’t met in more than a decade. The connection still exists across the globe, the bond will always remain – of a shared past and a common genetic background. But I realize that something is missing in the picture, something that really held us together, that linked us together, that cemented the filial relationship – one is my departed grandparents and the other is India.