A Curse Be Upon It: Why We Need More Imagination In Our Swearing

Why do, we only swear by only by our body parts? Isn't there no other places of sin? Writer Ankita Anand has a very honest take. Read on. 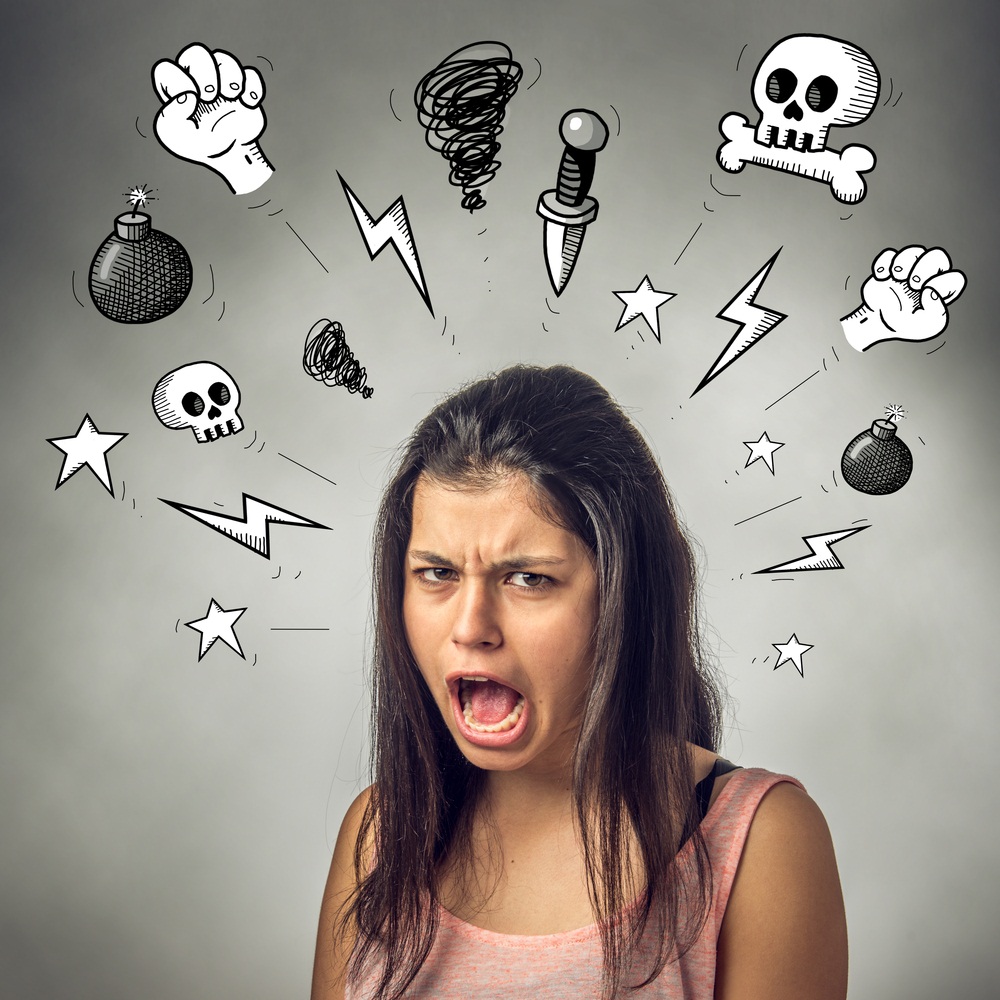 Why do we swear only by our body parts? Are there no other places of sin? Ankita Anand has a very honest take. Read on.

For years now I have been looking to enrich my vocabulary of swear words with no troublesome arrows in the quiver. There are times when I urgently need to use profanity, for example, against all the harassers on bikes and in cars who would hoot at or brush past me, literally giving me a run for my money. I must have the last word, if not the last hand, in the situation and need to yell something out at these harassers. I become frustrated if the limited choice of words in my outdated assortment makes it seem that I am actually providing weapons to the other party, instead of employing the same against them.

Here, I’m using the term ‘swear word’ to refer to abuse, words that are very clearly directed at another party and not just to be muttered under one’s breath as a form of venting.

Let’s do some stocktaking.

We have motherf#$ker, sisterfu^&er, son of a bitch (thereafter referred to as MF/SF and) as well as b&^tard and several more complex variations of the same, as deployed for instance by Scorsese. (I do not know if I am missing significant, powerful pelt-stones in English but in Hindi, my first language, we do not have a very wide range). Now to use MF/SF would suggest I have resigned myself to believing that men would be the eternal doers and women, the ‘done-upons’.

The broader connotation is that if some men are not MFs or SFs it is because of their kindness and the goodness of their hearts, though they can (denoting natural ability) fill those roles if they so wished, because women of course will never have any choice in the matter. And not on my life am I going to rob women of agency. As Germaine Greer writes in The Female Eunuch, ‘All the verbal linguistic emphasis is placed upon the poking element; fucking, screwing, rooting, shagging are all acts performed upon the passive female.’

A word like asshole circles back, again, to the body. Why is a body part supposed to cause offence?

SOB is again supposed to be offensive to women though there can be ample speculation on what kind of dark legends were unearthed around bitches to put them in this category and represent them as worse than human. A word like asshole circles back, again, to the body. Why is a body part supposed to cause offence? In a word, shit. The only insult it causes is to Rabelais’s scatological oeuvre, which his narratives used in the most imaginative ways. Even if it’s a child’s idea of grossing out someone, my use of it is not just to make the other person feel bad but also to tell them how exactly they were abominable.

Some suggest that women should use the ‘male equivalent’ for men of misogynist terms. Many expressions of profanity have already become unisex in their use. In Holy Sh*t: A Brief History of Swearing, Melissa Mohr tells us, ‘With the development of feminism, many swearwords have become more equal-opportunity, not less. Bitch can now be applied to men and women, as can cunt. In the 19th century shit as a noun was reserved exclusively for men — the “West Somerset Word-Book” defines it as “a term of contempt, applied to men only,” as in “He’s a regular shit.” Now, women too can work, vote, own their own property, and be called a shit.’

But what am I really gaining by calling someone a fatherf&#ker or brotherf&^ker? And using these terms now in a gender-neutral way certainly doesn’t alter their sexist history. Even if a woman is saying ‘Don’t be a girl’ to another woman or to a man, this is still a reductionist approach where a particular notion of a ‘girl’ (or woman) as unfortunately feminine and therefore lesser than remains frozen throughout time.

While the above-mentioned expletives are offensive to women, others do not stray far from sex and its consequences.

While the above-mentioned expletives are offensive to women, others do not stray far from sex and its consequences. A b&stard, for instance, brings to mind the ‘illegitimacy’ of a union out of a wedlock, a relic from the dark ages. Restoration drama, on the other hand, was busy wishing all sorts of sexual maladies upon its characters.

One option is to continue with the old terms and simply use them to vent out, without their having any real meaning at all. But in this way we are merely apprising the other person of our anger and not really telling them why we are angry. So they can attribute it merely to our ‘feeling’ rather than their ‘doing’. Alas, the purpose of swearing would be lost. (I myself have had to bite my tongue several times before calling out one of these very names.)

For all of our forward thinking, the damned spots of regression continue to show. We still shudder to think of the ‘sins’ of the flesh and therefore think the worst ills of the world have to do with sex and the body. Surely it is not a bigger ‘sin’ to be born a ‘ba%tard‘ than to be fundamentalist, cruel or dishonest. Yet these latter words are mere adjectives, not ‘swear words’. Our choice of abuse is a reflection upon ourselves, of what we consider acceptable and what we let pass. Even if we are able to invest these words with a stronger meaning, the shadow of their sexist etymology would continue to loom large above them. If we are truly committed to equality, now is our chance to build a novel, gender-neutral vocabulary of profanity.

First published at The Feminist Wire