On the male response to hearing of rape and on rape fantasies in women : how "normal" are these? 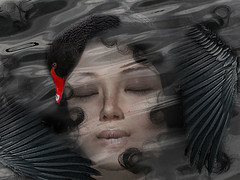 It has been brought to our attention by some readers that they feel this post, which refers to research on the existence of rape and possession fantasies among women is not an appropriate topic to discuss on Women’s Web. While I personally do not believe that referring to fantasies is unsuitable for a public forum (so long as we are clear that these are fantasies and not meant to justify any kind of action), there appears to be a danger of people reading an analysis of such fantasy and believing that it justifies rape or other forms of violence against women.

Hence I am placing this note here to alert potential readers that this can be a disturbing topic and not one that everyone may be comfortable reading. I would also like to reiterate that the author in no way condones any sort of violence against women by talking about research on the existence of such fantasies.

“I can see that the first emotion that flares up in men (when they hear about rape)…is moral outrage. Now this may sound noble, but just wait until I reveal the sinister cause for this…The truth is, its jealousy masquerading as moral outrage! This is especially true of Indian Society, which is still heavily sexually repressed. Sex is still taboo, and most Indian men just don’t get good quality sexual fulfillment. Men feel jealous of rapists; because they got sex outright without having to go through the tedious channels of courtship that most of us have to go through. They “Cut the line”! “Bastards!” they say…We envy the guy who got a 20 something woman into his car and had his way with her for 3 hours…”

The above lines are from this blog I read while surfing the Web. I tried to understand the psychology of the person who wrote them (he has given a disclaimer that he himself won’t rape a woman) and tried to figure out the underlying causes of violence against women- are they fantasy based, or are they a result of the patriarchal need to ‘control’ women? (Am I being rather far-fetched here?)

Sudhir Kakar and Katharina Kakar, in their brilliant book The Indians- Portrait of a People (Viking/Penguin, 2007) talk of the ‘possession fantasy’. They say,

“Without imagined violence…many men fail to be gripped by powerful sexual excitement. Aggressiveness towards the woman is as much a factor in their potency as their love feelings. One of their major fantasies is of taking by force that which is not easily given.” The authors go on to say that a variant of this ‘possession fantasy’ is found in classical Sanskrit love poetry,

”where the woman trembles in a state of diffuse bodily excitement as if timorously anticipating a sadistic attack, her terror a source of excitement for both herself and her would-be assailant.”

Here I have moved into the realm of such fantasies that women might have. According to an article in Psychology Today, from 1973 through 2008, nine surveys of women’s rape fantasies show that about four in 10 women admit having them (31 to 57 percent), and that the actual prevalence of rape fantasies is probably higher because women may not feel comfortable admitting them.

The author of the above article in Psychology Today asks,

“What do rape fantasies mean? In my opinion, they are no different from any other fantasies. They are neither wrong nor perverted. They imply nothing about one’s mental health or real-life sexual inclinations. They just happen, to somewhere around half of women. If you have such fantasies and feel bad about them, I can’t tell you how to feel. But I can assure you that you are not alone. Rape or near-rape fantasies are surprisingly common. What do you think?”

Disclaimer: This post is meant to be an analysis of rape fantasies and responses to rape – not in any way a condoning of sexual assault on any person.