The journey of finding a suitor teaches one a lesson or two. Here's a story of rebellion for a cause - to find Mr. Darcy! The journey of finding a suitor teaches one a lesson or two. Here’s a story of rebellion for a cause – to find Mr. Darcy! 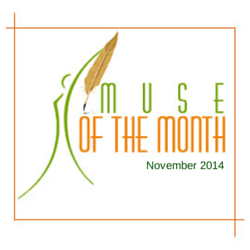 I was never a Mills and Boons fan.

I’ve always fancied a rather unconventional type; I’m not prejudiced against ‘tall’ ‘dark’ or ‘handsome’, but he had to have something: maybe a pair of spectacles, a slightly twisted nose, a mole, a scar or crooked teeth. Not a run-of the-mill man. A mature, cerebral, brooding type…with a mind of his own…much like a ‘desi’ Mr. Darcy.

Where was I going to find such a man? In fact, what chance did I have of finding such a man? Here I was, in 20th century India, and Mr. Darcy lived in the yellowed pages of the Victorian era. Where was the similarity?

Or maybe there was – in the mindset, the thinking that went into ensnaring the right guy. Regardless of where and when I lived, why did I feel that when it came to finding a man, the same criteria applied?

When Mrs. Bennet exalted her daughters to find a rich man, it was amusing.

When Baba and Ma looked at a prospective groom’s pay package with more interest than the actual man himself, it wasn’t amusing. “The man has to be well-settled, with a well-paying job, so he can keep you happy.”

Was that enough to keep me happy? – I asked myself.

I wasn’t allowed to ask questions. I was the girl, wasn’t I?

I was supposed to balance the tea tray and plates of kande pohe, sit demurely with the heavy saree threatening to trip, and look homely. How would I know if I’d found my Mr. Darcy, if I couldn’t look at him properly? I had seen his passport-sized photograph, and that should be enough, I was told.

I wasn’t meant to be too smart or try asking questions, except about hobbies. Was I asking for too much when I wanted to speak about more? No! I could talk all I liked after marriage, I was told. Not now, in case I said all the wrong things.

I have always been a little unconventional myself, imagining myself to be Elizabeth. I was a dreamer. It was all those books I’d been reading!

So I was on ‘kande pohe’ number 15. Previous statistics were names with degrees and faces with salaries.

Near hits & misses, rejections, disappointments, frustrations, and disenchantment. No regrets. The rejection wasn’t one-sided. Thank goodness my parents gave me the right to say ‘No’ too.

It was a formal, impersonal, and business-like way of finding Mr. Right. Tick the boxes; mentally, and then add the tick marks. If they added up, you had a winner.

Where was the love? That would come afterwards, I was told. You will learn to love. First adapt, adjust, and love follows.

Then why did I feel the need to fall in love?

The more men [and their parents] I met in ‘kande pohe’ sessions, the more it put me off arranged marriage.  Money, caste, status, horoscopes, dowry made me more sceptical and disillusioned.

“The more I know of the world, the more I am convinced that I shall never see a man whom I can really love. I require so much!”

I would go through the motions; I was getting to be an expert in this ‘kande pohe’ routine: dressing in minutes, tray adeptly balanced, confident and poised, I no longer looked down or sat demurely. I looked at the groom and his entourage fearlessly, not caring about the outcome.

Reaching Man number 15, I was at my rebellious best. Uncaring about wearing a saree, donning a work salwar kameez, refusing to carry the tray, I wasn’t going to be ‘seen’ or be ‘shown’.

No one was going to inspect, scrutinize, check out, or study me.

So, I did exactly what the other party usually did to me. I asked questions, voiced my opinions, and gave him a piece of my mind about what I thought of arranged marriages and the world in general. And said ‘No, thank you’. It was my revenge for all the people who had said ‘No’ to me!

Despite me ripping his ego to shreds, interrogating him like a detective…he said ‘Yes’.

I was compelled to rethink my decision. Who was this man? Did he not have any pride? Going against his parents, saying ‘Yes’ to this badly behaved girl, when she had said ‘No’!

So we met again. I saw him with different eyes. It was as if a dam had burst. I could only think of one thing: I had found my Mr. Darcy.

Was it Mr. Right, is the million-dollar question!

Pic credit: Image of a groom via Shutterstock