Why I Love Being A Feminist

Feminism means different things to different people. This personal insight into Feminism is thoughtful, and urges one to rethink their stances!

Feminism is a beautiful concept. Born in a family of three girls, my sisters and I never faced discrimination by our parents for our gender. House rules were the same for all of us, some tweaks here and there for age, but apart from that, I never faced a dialogue to the tune of, “Your brother can do this but you can’t.”

Care for an example? Parents of one my buddies believed boys should pursue engineering, while girls should do medicine. As illogical as it sounds, they had ‘rational’ reasons to support their idea. Then, one friend complained that her brother was allowed to go abroad for further studies, while she could only go to Delhi. Then I got to college, living away from my parents, alone in a big city famous for crimes against women, surrounded by states famous for more crimes against women (Yes, New Delhi).

I soon realised I needed feminism. I needed the concept because it helped me put everything that I felt needed changing, in one place. Explain everything in one simple concept. And have I fallen in love with it! It’s a simple concept, but it is also such a dynamic one! Here are some of my reasons for why I love that I am a feminist.

I cannot believe that it’s required, but for some reason, when you say you are a feminist, people see you as a man-hating, bra- burning, and angry woman. Apart from the anger, none of the other points are true. Feminists don’t hate men, we just believe men are better people than what patriarchy would have them be. Feminism doesn’t mean women take control of men, it means women and men have control of their own choices.

Is there any other concept that is so inclusive?

Feminism stands for equality. Equality between genders, races, sexualities, ethnicities, religions. Nobody is better or worse! Please let me know if there is another such concept as accepting and inclusive.

It stops me from judging people

All of us have judged people by our own standards without knowing much about the other person. Well, feminism helps me not judge people. See a person dressed in clothing you would think inappropriate? Remember it’s their body and their choice to dress howsoever they want. A woman quits her high paying job to take care of her kids? Remember it’s her life and her choice and you should stop commenting on other people’s business.

Feminism gives me a voice

I’ve always had a voice, but feminism has helped me add mine to a collective voice to make it a shout, a scream, a holler that I am sure is being heard and will have an effect.

It gives me a wider perspective

Yes! Every time I have trouble understanding someone else’s side of the story, I go back to the first rule of feminism—everyone is equal and you have no right to dictate their choices. Once you believe in this short line, everything makes sense. Just because something sounds weird, wrong, and stupid to you doesn’t make it weird, wrong or stupid (as long as the idea doesn’t encroach on another person’s rights, looking at you Hobby Lobby). So shut up, and mind your own business.

…and less than others.  However, everyone of us, #YesAllWomen, have to fight for themselves, for their rights, every day!

Because it lets me take on patriarchy

A pervasive system that believes women are lesser than men, does not let women have a say in their own reproductive health care by hiding behind illogical religious beliefs, believes it is okay for men to use women in any way they want to, believes in stuff that would have you exclaim, “Are you serious?” but they are actually serious and are going to dictate your life for you and more. You know what? Feminism helps me recognise all the nonsense that happens around us, so much so, that this list is endless.

I don’t know why feminist is a bad word, but moving on. I know women who say they hate feminists but they also get angry at patriarchy. Well guess what? You think you should have equal rights as any man? Yes? Congratulations, you are a feminist! You boy, do you think your sister deserves education as much as you do? Yes? You are a feminist! You say you hate feminists, but you are one as well!

Feminism is for men as much as it is for women

Patriarchy takes away men’s rights, too. What if a man wants to stay at home and take care of his kids? The archaic thought process that patriarchy is, it can only reject such ideas and use male chauvinism to make such men feel bad about themselves. But not us. We feminists are absolutely okay with it. Your life, your choice.

So, just a little reminder that feminism rocks and it’s time for everyone to embrace the term, come out of your closets, accept it if you’re a feminist and make some noise. 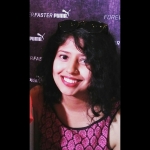 The Conversations I Have With My Daughter Are The Most Important!