Call it karma or the wheel of time, it doesn't make an exception for anyone, says this story of a matriarch. 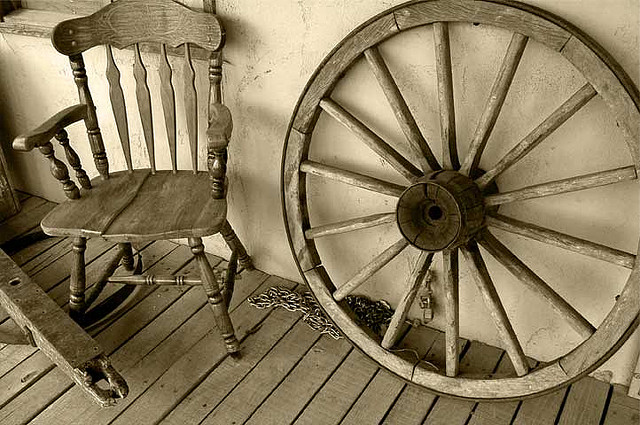 Call it karma or the wheel of time, it doesn’t make an exception for anyone, says this story of a matriarch.

She served her daughter-in-law the tail of the big hilsa Mr. Bagchi got from the fish market. The tail, full of bones and hardly any flesh is considered a leftover and reserved for the women in the household, to be served after the proper, juicy pieces are served to the men.

Mrs. Bagchi was a formidable woman. She possessed the energy of a hundred men; she could work from morning to night and not break a sweat. Unfortunately, she also had the temper of a hundred men. Nothing was good enough for her, and if she was not in control, ordering around, people did not do things right. People, she believed just did not do things the right way, and more often than not, her way was the right way.

This rule however, did not apply to her two sons, whom she adored. They were the apple of her eyes. She let her two daughter-in-laws know every day how lucky they were to have such husbands. When the wife of the eldest son was pregnant and the doctor advised her to complete bed-rest, Mrs. Bagchi was furious. “All this bed-rest business means you are going to burden us with a daughter, you better hope the first born of the family is a son!” she bellowed.

The daughter-in-law spent the rest of the days in bed petrified, praying she had a son. She eventually bore two sons, and was finally entitled to good pieces of fish at meal times.

When the younger daughter-in-law gave birth to a healthy 7 pound baby girl, Mrs. Bagchi refused to go to the hospital to see her. Soon after, the elder son moved away, but Mrs. Bagchi continued to call them every day and send toys to her two grandsons religiously.

During Durga Puja when they came to visit and insisted on playing and subsequently breaking their cousin sister’s toys, Mrs. Bagchi told her granddaughter “You should feel lucky your brothers are playing with you, boys don’t play with girls.” She brought her grandsons shiny new toys while the granddaughter’s broken toys were left in a corner, gathering dust, never to be replaced.

Today Mrs. Bagchi is 85 years old. Years of insisting on doing everything by herself have taken a toll on her health. She can barely sit up straight. The woman, who all her life did not rely on anyone, is so frail today that a full time nurse looks after her. She lives with her elder daughter-in-law now, who tired of years of tyrannical behaviour, curses her often.

Her son is too busy to see her and the two grand-sons are married, and too immersed in their own lives to pay attention to a frail old woman. They manage a visit on special occasions and sit by her side for a few minutes looking at their watches.

But the granddaughter she refused to visit when she was born visits her every day. She brings her own daughter, who also loves her great-grandmother. Mrs. Bagchi always reminiscences how time does not stop for anybody, and how everyone gets what’s coming to them.

“Time is a very cruel thing, Manju. The wheels turns and turns: it never stops still. I always took pride in my sons, but today, lying in this bed I understand the importance of daughters.” She pauses – a tear rolls down her cheeks as she whispers, “I wish I had a daughter”.