Silencing Preity Zinta: Is Standing Up For Yourself A Crime?

What happens to a woman who stands up for herself? Is she supported and heard out? Or is she silenced and criticised? This insightful post takes a look. 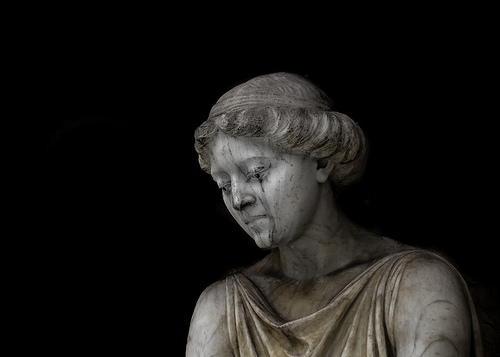 What happens to a woman who stands up for herself? Is she supported and heard out? Or is she silenced and criticised? This insightful post takes a look.

Recently, I read the news about Preity Zinta suing her ex-Boyfriend Ness Wadia for molesting her in public. It was verbal and physical harassment.

“Preity, why are you making a big deal out of something like this? Here young girls are raped and hanged, and they are not given justice. Why are you whining then? Shame on you.”

” Preity, you are doing this because most of your films have flopped and you want to gain popularity again.”

“Preity you are jealous of Ness because he moved on. Why can’t you do the same?”

So, that’s it? What happened to Ms. Zinta here is so small that you don’t have to protest, rally, have candle light vigils, get together at Jantar Mantar for months altogether 24*7. She is a ‘rich superstar’ who has almost been ‘forgotten from the big screen’.

This reminded me of a personal experience from my school days. Something I still haven’t recovered from.

I was in the 10th standard. Those were the days when boys and girls used to fight messily. I have witnessed how aggressive some boys were when they hit girls, that too for small and silly reasons. Eventually, the teachers got used to it. “Boys will be boys”- they thought.

I have witnessed how aggressive some boys were when they hit girls, that too for small and silly reasons.

I remember a boy who hit me from behind, without any warning, because I did not give him way. I tried to protest. That’s when he hit me again (he was a black belt in Karate). Then, another boy dropped my pencil box. When I confronted him, he called me names (really bad ones in Malayalam) and asked me to mind my own business. Girls who were witnessing this simply laughed it off. For some reason, I couldn’t forgive the other guy for hitting me.

I went home and narrated this to my dad. He got angry and asked me to phone my teacher. I didn’t want to because I knew the consequences. I was a not a very popular girl in my class, because I was an introvert and very silent. My classmates liked to make fun of me and hit me when they got the chance. The boys who made fun of me were basically worshipped by the other kids in the class. But my father stood over me and said, “actions like this cannot be spared”. So, I called the teacher and told her everything.

The next day was like a hailstorm. The entire class was against me (except my best friend who was also an introvert). They made up different stories – “She is the real culprit, she can’t make friends  because she doesn’t have the ‘sportsman’ spirit”, “Every girl is beaten by boys. How come she is  the only who complains?”.

Highlighting my introverted nature, the girls (especially the one who was beaten most by that boy) said “You can’t make friends. You are so bad and strange and weird. He is such a nice boy. His mother will beat him if you complain, and you did. How dare you? You are so bad!”

The boy threw my box and said “I didn’t do it! She called me bad names so I called her back”. The teacher gazed at me in a pitiful ‘You need to be institutionalised’ manner.

Then, the teachers lectured me for hours – “Dear Karthika, small things like this will happen. There are girls with much worse fates. Take it as fun. If you complain, then it will ruin them. So why do it?” They lectured me so much that I ended up believing them.

Then, the teachers lectured me for hours…they lectured me so much that I ended up believing them.

For a long time, none of the boys or girls ever came near me in a friendly manner. They gave me a nick name: “Complaint-girl”. This drove me to be upset and guilty. I was the one beaten for no reason and I felt guilty! I thought “I shouldn’t have told dad. I should have kept quiet”.

It took me years to understand how wrong my teachers were and how right my father was. Small incidents like these are ignored by the teachers, coupled with victim blaming. This will only escalate the boys’ (or the girls’) confidence to continue doing their ‘heroic’ deeds. It could develop into verbal abuse, physical assault, sexual abuse, then rape, and perhaps, if god has forsaken them…murder.

Complaining was discouraged by the students themselves, too. A boy was beaten similarly by another group who were very popular in class, and everyone taunted him to death when he tried to complain.

What happened to me was just a hit on the back. What if it was something worse? If I complain, will the girls in my class stand for that boy instead of me? Will the teachers lecture and silence me like that? Will I feel guilty of almost ruining that boy?

After reading what happened to Preity, I realised that this is a similar scenario  except that “molestation” and “celebrity status” is involved. People demand justice for the Badaun girls but not for a ‘small’ incident like Ms. Zinta’s. She is known for her guts and she testified against the underworld, too. Why is it difficult for the people to digest that this happened to Preity Zinta?