How precious is the meal that this grandmother prepares for her beloved granddaughter - made of so much more than the ingredients that go into it. How precious is the meal that this grandmother prepares for her beloved granddaughter – made of so much more than the ingredients that go into it.

Jugoda Devi wiped her face with her chadar and smiled satisfied as she took a look at the things on her kitchen floor. She had managed to sneak in some fiddlehead ferns and a few baby potatoes from the backyard into her tiny kitchen, a space that she had carved out for herself in the main kitchen hall. She cooked her meager vegetarian meals here, not partaking of the food cooked for the rest of the family nor sharing hers with anyone. That is how it has been since she attained widowhood decades back. 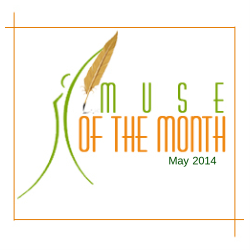 She looked with some apprehension at the three little fish that she had caught early that morning in the pond, before anyone had woken up in the household. Would they be enough? She had not touched anything non-vegetarian since her husband’s demise. Would she remember her signature dish after so many years? A niggling thought crept into her mind. Was she right in what she was about to do?

She shook her head as if to shoo away the thought and steeled her mind to complete the task. There was not much time before Maani arrived. Maani, her precious 9 year old grand daughter, the apple of her eye. Maani, who loved eating from her grandmother’s plate, sitting cross legged on the floor of the little kitchen.

Jugoda Devi quickly washed the greens and the potatoes and chopped them roughly. She worked up the ambers in her earthen stove and left the fishes to roast there.In another stove, she heated a generous amount of mustard oil in a cast iron wok and added the fiddlehead ferns and potatoes, shifting backward as the vessel sizzled and hissed. Tendrils of fragrant smoke rose up towards the small ventilator near the ceiling. But That Day She, And She Only, Had Been My Saviour

Fixing a lid on the wok, she moved her attention back towards the fishes. A little prodding told her that all of them had been sufficiently roasted. She skillfully crushed the hot fishes and added finely chopped onions and coriander to the mixture. She then seasonedit with salt and drizzled some mustard oil over the smoked, crumbled fishes. Maani had once told her about this dish that she had tasted at an ethnic restaurant, unaware that Jugoda Devi used to be famous for the same once upon a time.

She turned towards the stove at a slight humming noise from the vessel and gave a quick stir to the contents. The greens had wilted and the potatoes gave away to her ladle’s nudging. She sprinkled a pinch of salt and the dish was ready. All that she had to do now was to boil a little rice. Maani was not fond of dal and usually ate her rice mixed with the vegetables.

Just as Jugoda Devi put on a pot of rice and water on the stove she heard a car squealing to a stop. “Aita!” came the much awaited voice of Maani. Running footsteps stopped near her kitchen door.

“Aita, what have you cooked for me?” Maani asked excitedly as she shoved away her shoes before entering the kitchen. “I am hungry!”

Jugoda Devi hastily washed a plate and arranged the little tidbits on it. A small mound of steaming rice and two little heaps of dhekiaxaak (the fiddlehead ferns) and puramaaspitika (the smoked fish crumble).

Her eyes glittered conspiratorially as she slid the plate towards Maani.

“Don’t tell anyone about what I served you, okay?” she whispered.

Maani savoured the food without a word. Finally, she was done.

“Aita,” she wrapped her arms around her grandmother. “You are the best cook in the world!”

Two pearls of tears slid down the old lady’s face.

The stern voice of her son brought back Jugoda Devi from her reverie. Maani had left some time back.

“I know what you did today,” her son said, a look of displeasure apparent in his face. “I know what you fed Maani. You knew that was wrong, didn’t you? Her paternal uncle expired yesterday and she is supposed to be on a diet devoid of even salt! How could you feed her fish?”

“I know, son,” Jugoda Devi replied. “But what does the brain matter compared with the heart? She is going to America in a few days. Who knows if I will be able to cook for her again?”

Her voice trailed off.

Maanika pushed away her plate of smoked salmon. She remembered the forbidden plate of food that she had tasted in her grandmother’s kitchen 15 years back. Her grandmother had expired the same year she had left for America with her family.

That was the best meal Maanika had ever eaten her life.

Because Sometimes, Cooking Is An Art, An Emotion, And Not Just A Necessity

She didn't judge anyone for not wanting to cook or the ones busy with work. But she didn't agree that cooking was for people with 'nothing better to do.'

She didn’t judge anyone for not wanting to cook or the ones busy with work. But she didn’t agree that cooking was for people with ‘nothing better to do.’

It was 9pm on Sunday night when Manu finally got time for herself. She looked at the clock and sighed. The weekends just flew by. She had made masala poori with dum aloo- her kids’ all time favourite!

Dad and kids were in bed reading, while she sat by herself in the living room. She unlocked her phone and started scrolling through her timeline, when she came across a movie star’s interview. The lady had won an award of some spot and told the interviewer that her dad had been her inspiration and always dreamt of great things for her. He believed that his daughter would not do the usual thing that every girl does. She said he told her anyone could cook but she had better things to do with her time.

If Food Was The Way To A Man’s Heart, I’d Have Asked Brad Pitt To Taste Mine, Duh!

The kitchen is just a room where you cook, and cooking is just a basic skill. You can do better than find flaws in someone's cooking; try appreciating the effort taken by someone to cook for you.

The kitchen is just a room where you cook, and cooking is just a basic skill. You can do better than find flaws in someone’s cooking; try appreciating the effort taken by someone to cook for you.

Most women would remember their first day after getting married. You wake up in a completely new house, the air feels different, the bed that you slept on feels different infact even going to the washroom feels weird. You make sure you have your alarm on before sleeping as you are worried about getting up late in the morning lest you be judged.

Let’s be honest who really likes to wake up to criticism on the first day of marriage? “The new bride sleeps till so late”, “this won’t work in this house”, “her parents have spoilt her” or “how lazy is she?”