Muse Of The Month April 2014: Inspiration From Kamala Das

In April, our muse of the month is the poet-writer Kamala Das (later known as Kamala Surayya). Get started with the writing cue: The 5 best entries get published here. 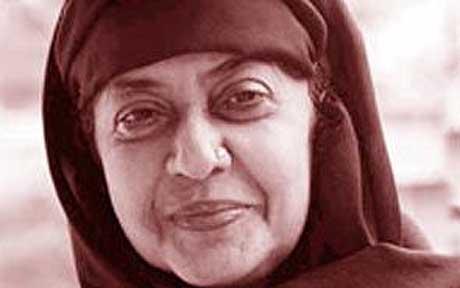 In April, our muse of the month is the poet-writer Kamala Das (later known as Kamala Surayya), who challenged notions of female sexuality as passive and submissive. Get started with the writing cue: The 5 best entries get published here.

Each month, we ask our readers to get inspired by an iconic woman writer and get their own thinking caps on. The idea is to explore the works of these writers, and get some good writing done yourself!

What you need to do

Step 1. Read the writing cue (scroll down below) and get inspired.

Step 2. Write your own story/narrative/piece based on the cue. You could use it as the opening line, the closing sentence, or somewhere in between! You could choose not to use it anywhere in your story too – just write a story using the cue as a prompt. (And ‘story’ can be fictional – or not – as you wish).

Step 3. Send your work to us. Please email it to [email protected] with ‘Muse of the month – April’ in the subject line, and your story as a word/txt attachment. Please avoid typing the story as inline text. Do include the name we should use if we publish it, and a brief introduction to yourself (2-3 lines) in the mail.

Given the number of entries received, we won’t be able to respond to each, but every single entry is being read through very carefully and is much appreciated.

– The material should be previously unpublished elsewhere. (Copyright stays with you and you’re free to subsequently publish it elsewhere).

The 5 best entries will each win a Flipkart voucher worth Rs. 250.

Kamala Das, best known in Malayalam for her short stories and autobiography, and in English for her poetry, was an iconic author, fearless in her life and work. At a time when women’s sexuality was seen as both submissive, and potentially dangerous (some would say those times are still around!), Kamala Das’ poetry was path-breaking for the ‘hunger’ and agency it revealed in its female protagonists. Her short stories were much appreciated for the fine craft with which she drew in just a few strokes, the emotions and lives of ordinary people.

Her autobiography, over which she deliberately left doubts of what fictional elements it contained, created a sensation at the time for its frankness on female sexuality, and continues to inspire readers and other writers.

“Today the world is a little more my own.”

This is the month’s writing cue, the striking first line of Kamala Das’ well-known poem, Punishment in Kindergarten. Now go make it yours!