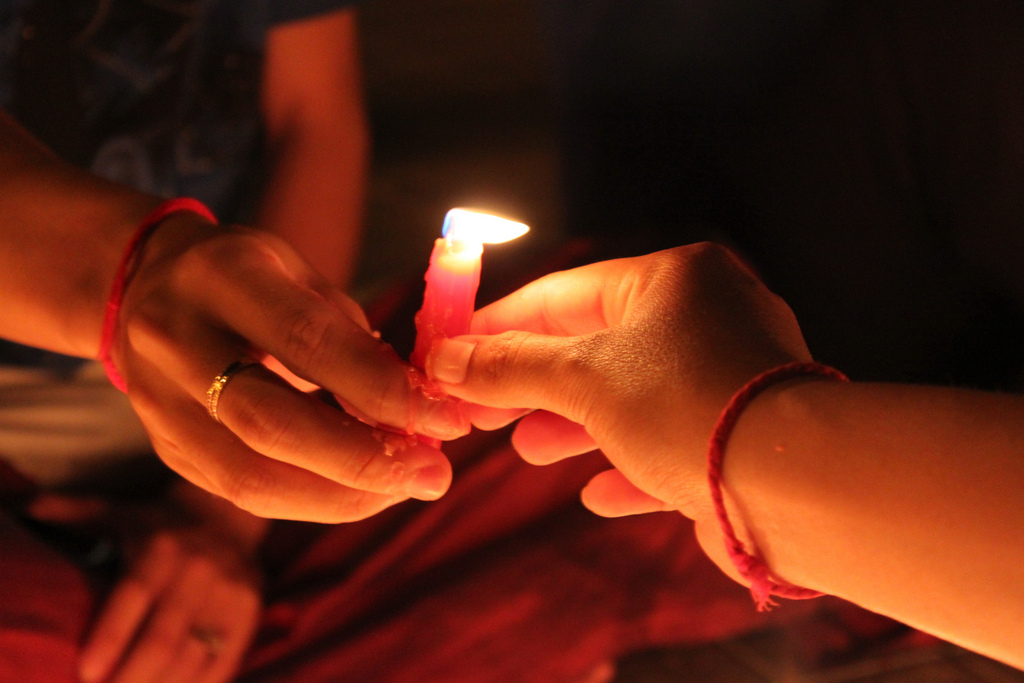 In many Indian families, the MIL-DIL relationship is full of passive or open conflict. But, does it necessarily have to be this way?

If you try and unscramble ‘Mother-in-Law’ you would be surprised by the result. The daughter-in-Law in you would wonder if it was a divine sign of acknowledgement and acceptance of what you have felt all your married life. Did you get it? No? – “Woman Hitler”, that’s what it unravels as. Did I just hear a snort and a chuckle out there..?

This is a topic close to every daughter-in-law’s heart. The excitement of marrying your beau is always interspersed with  apprehension of what his mother would be like. Would she be possessive of her son or would she have a free hand? Will she have space issues or would she live and let live? Will she despise me or love me like her own? Would I meet with  approval or be stamped as unworthy of her product of perfection?  Will she understand today’s generation and its mindset or be deeply rooted in her own?

But here’s where irony steps in: you are not alone. Most of these questions and that exact feeling of nervousness? “She” feels them too. Yes, you and she are sailing in the same boat in those very turbulent waters; the difference being the perspectives both come with and the reactions both have to every situation.

Heard of Jane Austen, haven’t we? The lady who wrote that timeless piece of fiction we all fell in love with. Ever thought how uncanny the parallel is that we can draw from Mr. Darcy and Elizabeth Bennet with the relationship between the MIL and DIL? Now, you must be thinking I live in the loony bin. But no, seriously, give it a thought and you will know where I am coming from.

The two protagonists who form the baseline of this love story have two particular qualities that distance them from each other, eventually to bring them together. Those very qualities are what you will find in every MIL and DIL today – Pride & Prejudice.

In her, Pride on being the mother of the son you married and prejudice as far as whether you can fit in and meet all expectations. In you, Pride about being an independent, self made woman who knows how to manage her life and Prejudice as far as the expectations and gauging the MIL is concerned. Like it or not both have their fingers in the same pie. So what happens next? A deadlock, between the various Mr. Darcys and Elizabeth Bennets within us? Does it stay to be a relationship precariously dangling over the cliff edge all the time? Or does a time come in the journey where the two paths meet and form trails in tandem?

Most prefer the status quo and learn to live with it but whether it was the right choice is a thought that always stays at the back of the mind.

More often than not, it stays in a world of uncertainty; because, with the two Ps residing within us, the generation gap widens and makes us tread different paths not allowing them to ever intersect. Most prefer the status quo and learn to live with it but whether it was the right choice is a thought that always stays at the back of the mind. Because at the end of the day; there is a basic desire which drives these feelings –love for the same man.  And  one thing he would always dream of is that the two most important women in his life see eye to eye with each other, at least once in a while.

Can we give him that? Of course we can. And only we can – because between the two, if anyone holds the ability to create some magic, it is us. Why you ask?  Because as clichéd as it might sound, as the younger generation there lies an ability in us to Adapt: a quality which is tough for a generation that is past its prime to easily inculcate in themselves. While the older generation might be able to see the bigger picture, they no longer have the capacity to make it happen. If we can understand this, we can move that mountain that lies between us, inch by inch.

While it is not necessary to succumb to every traditional expectation, it is possible to understand others’ point of view and resolve conflicts in a more amicable manner.

Building a positive equation with your MIL

Here are my suggestions as a corollary to the universal law on a MIL –DIL equation.

1. Put yourself in ‘her’ shoes: Maybe not all the time, but once in a while. Being a generation apart, sometimes it is tough for us to understand the life our MIL has lived and the exposure she has had. If we try looking at things from her perspective we will have an idea about why she demands what she does and it will in turn help us decide the right reaction it requires without hurting her feelings, yet arriving at a reasonable solution

2. Don’t always say “No”: Agree to do those little things which might not always make sense. Sometimes those tiny expectations hardly cause a dent but because we hold a different view, they blow out of proportion. For e.g. attending certain functions or following a particular dress code for a religious occasion. If they do not shake your ground as much, do them and nip some potential disasters right at the bud. Yes, there is always an apprehension that “If I give in once, I will have to give in always.” But it need not always hold good, we can always draw a line when it becomes absolutely necessary.

3. Reason out: A time always comes when the expectations are large enough to have a massive impact on your lives. For e.g. living as a joint family or the right time to start a family. Putting your foot down and saying a vehement no might end the discussion but it will leave a lot of hurt behind as residue. Instead, reason it out and make them see your point of view; they do not always understand where we come from. Blame it on the life they led if you wish. But it will help resolve matters a lot more amicably.

4. As much as possible, communicate: Sometimes, we tend to reduce our communication, be it conversations over coffee or a chat over the latest TV soap. Make it a point to have those casual communications; they will go a long way in understanding each other and bridging the gap. So much so that with a better grasp of the person you are, a lot of expectations will die even before they are born

5. Make her aware: Sometimes today’s MILs find it hard to understand the independent, career oriented women that we are. Whether we are home makers or have a professional career, the streak of self reliance and independence is there among all. For someone coming from the older generation, this might not be all that easy to understand. It is up to us to make her more knowledgeable. That understanding, if anything will make the woman in her mighty proud of you

6. Respect her: Yes, it is a fundamental fact that we should treat others the way we want them to treat us. If you want her to respect you, first learn to respect her. Her reciprocation will follow; it might take time but it will come

7. Put your foot down, but gently: Whatever the issue at hand might be, it can be dealt with poise and gentleness. However she might react, learn to keep your cool. Remember, actions speak louder than words.

8. Learn to forgive: This goes a long way to ensuring a healthy relationship with the MIL. Yes, we get hurt; sometimes beyond measure but only if we learn to leave the baggage behind can we really move on. More than for her sake, it is for yours. Taking that stress along with us does not help in any way. Nobody is asking us to forget – it is humanly impossible but to forgive is within our reach.

These are just a few ways I can suggest of bridging the gap. This awareness that we can bring about can go a long way in building our relationship with her. Who knows it might give birth to a new one, that of friendship.

Of course, this is my experience, and my style of resolving conflicts and building bridges. What do you suggest?

Seeta Bodke is a Business Consultant and Senior Manager from the IT sector. After spending

Mother & Daughter Minus The Law!