How can the biggest industry of this century have so few female engineers? Women Tech Makers is about getting together as women passionate about technology. 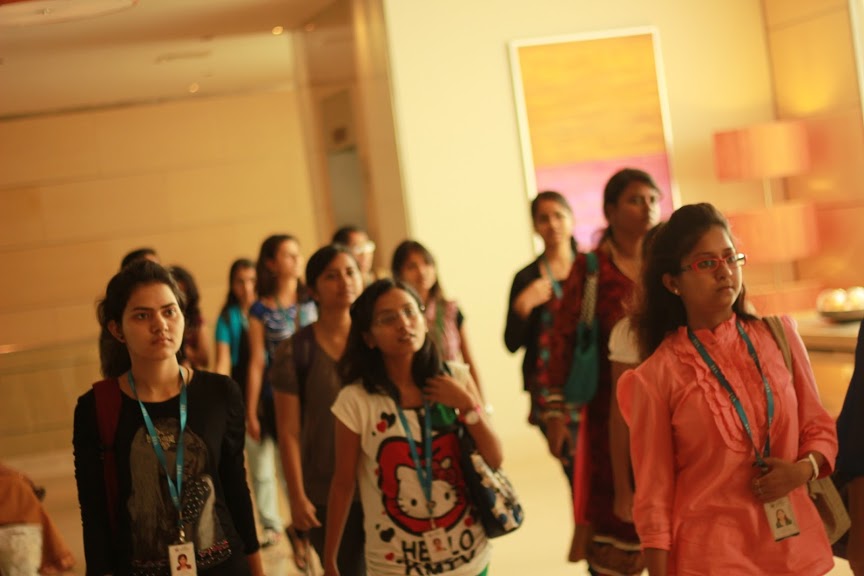 How can the biggest industry of this century have so few female engineers? Women Tech Makers is about getting together as women in and passionate about technology.
I’ve always been different. Right from when I was a little girl with a Bey Blade in my hand. When all the girls were playing with Barbie dolls in the house, I was out at the park playing Pokemon cards with a bunch of guys. And this kind of grew on me throughout my life. I’ve always done things my way. I’ve always done what I truly believed in.
One of the most defining moments of my life would be the 18 hour flight from the US to India, back when I was 10. I sat there buckled up with my small brother crying beside me and my mom beside him. After a while, the excitement of a plane journey, the plane toys (back then, there used to be toys given to the kid travelers), and the retro flight TV.
Honestly, there was nothing to do. So I decided to pull out my Compaq laptop. You know the quintessential Windows theme music that plays when you start up the computer? Yeah, I hated it too. I wanted to change that. So I dug up the file manager on Windows. Requested access to the system files. Couldn’t do that. So I signed into my dad’s account on the laptop (grown-up accounts can do cooler stuff) and tried again.
Voila! I had access. So a little snooping around later, I found the WMA file that had the Windows theme music. I swapped that with a Scooby Dooby howl tone that I had. There you have it!  My laptop boots with Scooby Dooby Doooo. The next few hours was unlimited rebooting (:p) and then it turned into customizing the mouse, making my account the admin one, customizing the boot logo, and about every little thing you can do on there. Looking back now, it seems like a very silly thing to be proud of, but that moment defined me. I found my electronic soul mate, the Computer.
Forward to 12th standard, it was the time of the Android. That was my deal after my boards got over, get me an Android phone! And I got one, Samsung Galaxy Ace. Completely new device, completely new OS. I loved it. But I wanted to customize it again. So I rooted it. And I rooted it wrong. Device bricked, end of story. But not so fast!
My Compaq came to my rescue again. Using a software I found online, I force installed Android on my device. Rooted it again, correctly this time. And installed a ROM on it. Complete control over my device. Then a few tinkering, tweaking the clock cycle on the processor, fooling the system storage to boot from the SD card. Oh I had the time of my life.
Then things got really interesting. I went to my first event by the Google Developers Group, Chennai. I was a hardcore Android fan then. The event was EPIC. it completely inspired me. There were so many people just like me, around me! People who finally talked the same language as me! But the most annoying part was the lack of any female participant at most events. Not a single one. I wanted to change that. Women in Tech are so very important. How can the biggest industry of this century have so few female engineers? That just seemed wrong.

When women in tech get together All my life I’ve done things because I wanted to. And I’m right here, doing exactly that. I’m now one of the co-organizers of Google Developers Group, Chennai. And we’re hosting the biggest, baddest and meanest event for Women ONLY developers. This March 15th at The RainTree hotel, I’m making my mark.
In conjunction with Women’s Day, Google is hosting Women  Techmakers – a women developer event aimed at empowering and inspiring women. So here we are in Chennai hosting our own Women Techmakers event. Months of planning, executing and designing, and here we are, just a week from the event. We’ve got an amazing panel of speakers for you.
From individual developers to entrepreneurs, these women are here to motivate and guide you. One of our speakers is Women’s Web’s editor-in-chief, Aparna Vedapuri Singh. There’s also a special satellite downlink from an American robotics company, Anki. We also have talks about the in-technologies of today.
I’m so so excited to host such a meaningful event. We’ve had so much fun crafting and planning and running around for this event. When you believe in something from the bottom of your heart, you’ll always have fun. I can’t wait to see what things unfold when such a passionate young female crowd is together under a single roof. Please join us at Women Tech Makers this week, on Saturday, 15th March 2014.
I’d like to end with a quote I always believed in:
“Whatever you do in life will be insignificant, but it’s important that you do it, because no body else will.” – Mahatma Gandhi.
p.s. If you are not based in Chennai or can’t hop over here, do check out other Women Tech Makers events close to you.