Junk food and hormones: Is there a connection? Yes, 'modern' eating habits cab result in hormonal imbalance. Read on! 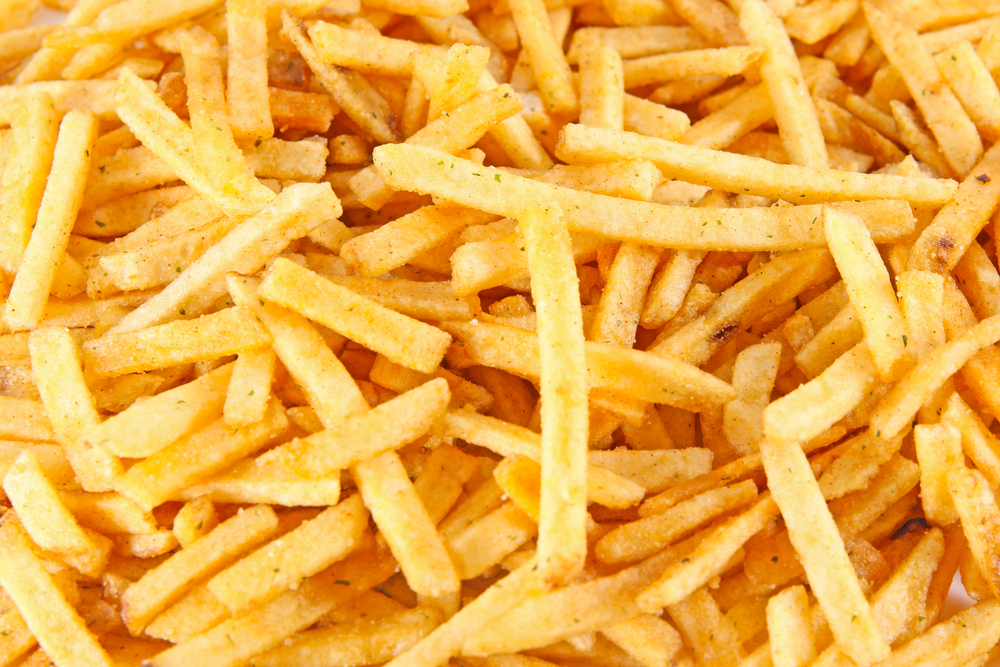 Junk food and hormones: Is there a connection? Yes, ‘modern’ eating habits cab result in hormonal imbalance. Read on!

The food-court in the mall was filled to capacity with giggling teenage girls and their posturing male counterparts. The queues for burgers, chaat, pizzas were a long as Hanuman’s legendary tail. “Lucky me”, I thought. My preference was for an Indian snack, available at any near-by Udipi for half the price, but my movie timings did not permit the dash.

The crush also gave me no choice, but to sit at a table with some girls already occupying it. They were tucking into all kinds of junk-food and aerated drinks with relish, wondering aloud how they could avoid eating the meals that were awaiting them at home. The excuses ranged from “tell your mom you are dieting” to “I will tell mine that I had a salad at the mall.” One of them glanced at my plate and motherly appearance and burst out, inspired, “Better still, tell her you had idli-dosa!”

Ah, the insouciance of youth! I marveled. It gives you the confidence to look the future in the eye and feel you are the master. But a doctor and mother like me could see the pitfalls of such eating and the short-sightedness of their choices.

The girls in front of me (all as old as my own child) were blissfully unaware of the problems that could arise from a diet rich in junk-food. They were worried about their weight and were skipping meals for keeping their weight down after bingeing on fast-food. Given the stressful academic schedule, I knew they would have hardly any time for exercise.

A cursory glance at the six girls showed that at least four of them had a bad case of acne and three appeared to overweight. Besides obesity and its attendant health problems (early diabetes, raised blood-pressure and heart disease), statistically speaking, at least one in three gen-next girls suffers from PCOS or polycystic ovary syndrome.

(Some cases of PCOS, all names changed) Aalia, a a twelfth grade student, was diagnosed with PCOS when she consulted her mother’s gynecologist for irregular periods. Her case-history revealed that she also had a bad case of acne and had to repeatedly wax her arms and legs for excessive hair-growth. She was also mildly overweight. She admitted to skipping meals and having chips, chaat and fizzy drinks on a regular basis in her college canteen and no time for walks or exercise due to her study timings.

Neha, a twenty-seven year-old married woman found out that she has PCOS when she consulted her doctor for infertility (failure to conceive). Working in a private sector bank for the past five years, she has a hectic schedule. The consequent erratic eating habits often leads to her grabbing a burger, vada-pav or a bar of chocolate, when she has the time. Her diet rarely has fresh fruits or vegetables.

Jennifer, a thirty-five year-old house-wife has been putting on weight and suffers from male pattern baldness. She has two teenage children who insist on having pastas, burgers and similar fast-food. The family frequently eats out or orders take-out. Her fridge is stocked with chocolates and  fizzy drinks. Her daughter had early menarche ( first menstrual period) as well. Preeti was diagnosed with PCOS by her doctor.

PCOS occurs due to a genetic predisposition and is responsible for 50% of all cases of menstrual irregularities and is characterized by multiple cysts in the ovary. According to Dr. Minu Pandey-Shah, a practicing gynecologist in Mumbai, the incidence of young girls diagnosed with PCOS has also risen from 1 in 15 to nearly 1 in 3 young girls in recent years. Consumption of junk food, sugary foods, etc and irregular eating schedules causes a fluctuation in glucose levels and a hormonal imbalance leading to deposition of fat in the hips and abdomen in particular. Furthermore, there is resistance to effects of insulin resulting in a pre-diabetic state. Thus, the modern habits of eating have resulted in higher incidence of girls having symptoms of PCOS.

Consulting a gynaecologist for treatment of symptoms of PCOS is important.  Junk food, foods high in sugar content, etc should not be consumed. Eating fresh fruits and salads are important as also eating at regular intervals. Weight reduction also regularizes menstrual cycle and improves ovarian secretion. The problem of hirsuitism (hairiness) and acne are also reduced.

Although, PCOS results due to a genetic predisposition, reducing menstrual irregularity and hormonal imbalance due to PCOS by adopting healthy eating habits and physical activity is possible. Young people should be made aware that skipping meals is as harmful as eating unhealthy meals. A diet of freshly cooked food with enough salads, fruits and vegetables is vital. The issue of PCOS and the resultant infertility is a major cause of concern in the West where junk-food eating and obesity are rampant. This infertility epidemic is knocking on our doors as well and we need to eat and live healthy to resist it.