Indian women and girls are in grave danger, says Rakhee Ghelani, as part of the #GirlsROCK campaign 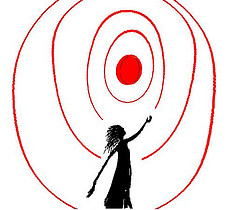 Rakhee Ghelani calls herself a “Melbourne girl of Indian origin”. She moved to India in 2011 and has since been working here as a business consultant, writer and entrepreneur.You can follow her at her blog, on Facebook or Twitter.

I have a confession to make, I am a feminist. Nine months travelling through India has turned me into a feminist and this is me coming out of the closet. So now I think its time to say what I have observed of the Indian woman.

She is in grave danger, because behaviour that puts her at risk is practised everyday and readily accepted in the name of culture.

I picked up the paper the other day. On one page was a story of a woman who had been gang raped but the police didn’t accept her statement because she was in a pub and somehow that means she “asked for it”. The next page had a story about a woman who had died from burns to her body but the court wasn’t sure whether to accept her police statement that alleged her husband had inflicted the burns. She had previously told them (whilst her husband was in the room) that the burns were a result of her spilling a cup of tea on herself, she died from these wounds so I want to know just how big that cup of tea was.

Then the next page had another story about a woman who was brain damaged because her husband had allegedly rammed a screwdriver up her nose because he didn’t think the dowry he received from her family was big enough (dowries are outlawed in India).  This a normal day in India. I now think twice before even picking up a newspaper because it is just too upsetting. The violence and maltreatment of women begins long before they are even born.  Female foeticide is  believed to be rife despite pre-natal sex determination being a criminal offence here.  According to the 2011 Census there are 940 females for every 1000 males in India, up from 933 in 2001, however this number was 972 in 1901. When you consider it is well below in some populous states like Uttar Pradesh (908) and Delhi (866) and a horrifying 618 in Daman and Diu, only two states buck the trend; Kerala (1084) and Pondicherry (1038). More disturbing, the overall gender ratio of 940 is actually lower at 914 when you look at children between 0-6 years of age.  The girls are being murdered early in life and whilst pre-natal sex determination is illegal in India it is believed to still be heavily practised.

Why are the girls being killed? Because they are considered to be a burden in the form of dowries and potential shame on the family. It is apparently less shameful to murder a girl before she is born than to have one who may possibly grow up and disappoint your morals sometime in the future.

Unfortunately, the murder of women doesn’t stop in their youth, women are still killed in the name of “honour” (where it is believed they have bought shame on their family) or for providing insufficient dowries (once again something that is banned).

Sexual harassment and abuse is also rife something that is not always taken seriously.  The media has developed language that belittles the crimes to minor issues and essentially removes the victim from the crime.  There is no sexual harassment, molestation or other assaults in India, it is simply “Eve Teasing”.  It is not harmless teasing, it is condescending, degrading and illegal harassment.

Even in Parliament nothing is sacred.  Three ministers in Karnataka were allegedly seen to be watching pornography on a mobile phone during a sitting. They did all resign and were considered to be “responsible’ for doing so. More disturbingly, one of the ministers was responsible for the portfolio of Women and Child Development. With this level of responsibility allocated to them, may God help the women and children of Karnataka.

In my opinion, the women of India deserve so much more then the lot they have been given, they work hard and are beautiful.  If only they were valued, appreciated and taken seriously.

So for these reasons I am now a feminist, loud and proud for the beautiful women of India.

For the longer original version of this post, please go to Rakhee’s blog.

Today’s changemaker of the day that we’d like to highlight is ANEW – a Chennai-based NGO that focus specifically on giving young women training and opportunities in non-traditional roles. This is important because girls from under-privileged families typically find themselves in low-paying, unorganised work that is considered ‘women’s work’ such as domestic work.

For a number of reasons such as lack of skills, traditional ideas about where women should work, as well as lack of awareness about other opportunities, women find it difficult to break into other work areas. ANEW gives young women free training to succeed in diverse work areas such as driving, accounting, IT support or nursing, and helps them find opportunities based on their skills.

You can sponsor a student at ANEW or volunteer as a teacher, fund-raiser or mentor.