A letter to all Indian parents from a teenager, questioning the taboos that Indian society holds on to. 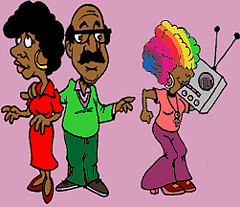 There are a number of issues that Indian parents don’t address their children about and even more realities that they simply can’t digest. You can’t believe that your teens talk of crushes, alcohol, drugs, and other more unbelievable topics, but wake up, it is happening.

1. The most prevalent problem is, parents want marks. They want marks in exams, an all-rounder kid, which is of course with a good intention of securing their children a good position in life, but often, the pressure becomes excessive. Children are of varying capacities, you can’t expect your child to get full marks in all subjects and still get gold medals in sports just because your neighbor’s kid does so. Your neighbor’s kid is a different individual from yours.

If a children is dim or average in studies everyone says that it’s only because she didn’t study well enough, this is always cited as the reason. Study harder, I don’t know what you’ll do, I need the marks. Still no improvement? Go for tuitions. Still no marks? Something’s wrong with you, is the standard mantra. The sad truth is that if your child isn’t naturally gifted enough in studies, no amount of hard work will be able to achieve the results you expect. This doesn’t spell that your kid is a total zero and has no future though, like many assume.

Aren’t there other professions, other talents? Every child is naturally gifted in something. May not be in studies, but may in art, music, sports or something else. All these can be pursued as professions too; parents mostly don’t seem to understand that there are other careers than your standard doctor, teacher and engineer.

I am in grade ten. When people want to know about my future plans, first of all, they don’t speak to me. They ask my parents, like it’s them who’s going to live my life. And their question will usually go, “So, what is your daughter going to become- a doctor, or CA?” When my parents say neither, they’ll go knowingly, “Oh, so she’s going be an engineer. Wonderful!”

There are so many friends in India that I know of, who want to pursue their own interests. Sadly these are repressed merely because they are not conventional. Parents need to broaden their perspectives and accept their child’s passion, not force something they don’t like upon them.

2. Then are those who are lesbian, gay, bisexual, or transgender. Most of the adult public is aware of at least one of these groups. But they surely don’t show it. Put your nose up and it’ll go away, is it? People with different sexual inclinations do exist, they live normally, they breathe the same way as we do. There are quite some children who grow up falling into one of these categories. After facing insecurity, unacceptability, and fear, when they finally do pick up the courage to let their parents know of their inclinations, things only get worse. They are disowned, their parents look on them as if they were untouchable, and try to suppress their personality and coax them into ‘normality’- none of which is a solution.

Another terrified question would be posed, “how would the society react?” Yeah, that’s one worth pondering on, because I’ve only seen adults themselves, mocking at transgender/bisexual groups, and movies ridiculing them. It is a shame that in India, these classes, to which any one of us might have by chance belonged to, are made fun of like a public circus show. Anyone or anyone’s child could easily belong to this category; it’s not an outlandish possibility. So we Indians face an inevitable question, “Would you accept your kid or any other co-member of your society if they were a LGB or T?”

Stop neglecting this topic. Try to answer it.

While I don’t say this system of marriage is completely flawed, because it often does become a success, and it’s a ‘fun’ activity for the parents and relatives to undertake, logging on matrimonial sites, and checking out photos, and stuff, I believe that children should be provided an option. Parents should be open their child’s option, whether it’s their child’s own choice of love, or whether the child agrees to an arranged system. Ultimately it’s a person’s own right to choose his life, right? Love’s like democracy, may work or fail, may involve problems, but at least it’s a person’s choice for himself.

Don’t parents themselves take us kids out for movies that portray love heralding them? Why then, does this case become so difficult to implement in reality?

Maybe because love doesn’t look at religions. The ultimate clash is when the kid chooses someone from a different ethnicity. Religious bias sadly is still prevalent in our country decades after independence. Yes, religion may be important, but we shouldn’t forget that all of us, beyond the gods we pray to, are all fundamentally good humans, with the same skin, sense organs, brains, and the same feelings.

It’s parents’ duty to imbibe in children by setting a good example, the truth that people shouldn’t be branded on the basis of the castes or religions they belong to. “She is a mean, filthy rich, indifferent git, all those who belong to so and so caste are” is just damn prejudiced. You can’t generalize someone’s personality by stereotyping them into a broad category. Everyone’s different.

4. So, encourage individualism. If your kid wants to have a ‘bob cut’, wear churidar pants with a weird shirt, it’s okay.  Stop doing and acting something just because your society wants you to be that way- “Don’t wear that, what will they think!” is a common dialog. We often forget our own personality in trying to live and satisfy others. If we keep doing this trying to make others happy, when will we ever live for ourselves?

Broaden your views, confess to children your doubts, don’t run away from issues that have got to be faced, and let your kid grow up as an international, open minded, accepting youth. That’s the best you can do as a parent.