Engaging With The Enemy

Arguing for women's rights in our daily lives can be tiring but is essential for change. How do you deal with sexist ideas among people you know? 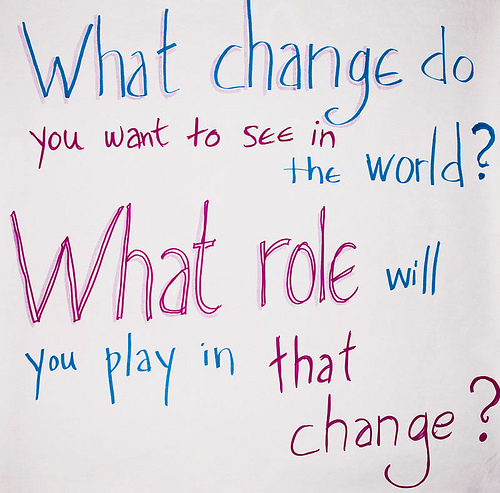 A long time ago, when I was in school, a friend and I talked about a news item we had read; about a woman who had been raped by a male friend, with whom she had shared a hotel room at night. It seemed self-evident to us that this woman had been careless at best, and immoral at worst, because you know, what kind of woman agrees to share a hotel room at night with a man and not expect to be raped?

Offensive? Yes. To the woman I am today, this reasoning is offensive, both to women and to men. To the girl I was then, it was the only reasoning I knew. Although we rarely spoke of these things, it was implicitly understood that women’s bodies were ‘provocative’ objects, to be kept carefully under wraps, for fear of arousing male desire, an out-of-control thing separate from the men it originated in. Good women did not do things that unleashed this desire. This is what I learnt from the world around me. It took me many years of growing up, many years of reading, sharing, learning, and many years of experience with wonderful men as friends to understand that rape had nothing to do with male desire; that desire was not some uncontrollable force that men could not control. Staying overnight with male friends and not once worrying about my safety, or even thinking that I had anything to worry about – the men I loved and friends more progressive than I was taught me more about what consent is than any theory I read. If so many men had no trouble controlling themselves in the presence of female flesh, I realised how false were the assumptions I (and other girls like me) had always been encouraged to hold – that our safety rested in covering up, in being wary of men, in staying indoors, in treating all men as victims to their lust.

The beliefs I thoughtlessly held as a girl are offensive to the woman I am today, but my beliefs did change. What if I had never had the opportunity to engage with others who contested those beliefs? I would have stayed imprisoned in those same old regressive attitudes that I find so offensive today. I have been thinking about this for some time now.

Those of us who believe strongly in women’s rights, how should we engage with people in our lives who hold what we consider regressive beliefs? I asked this question on the Women’s Web Twitter page a week or so ago, and got quite a few responses. Interestingly, most believed that we should at least try and engage with those who hold such beliefs.

The example cited was menstruation related taboos, which still hold firm with many Indian women, and a few narrated examples of how they had engaged with older people in the household regarding such beliefs, and in some cases, also brought about change. Some participants in the chat also felt that such engagement was only possible when both parties held respect for each other, and were willing to listen to each other.

Menstruation taboos, however, even if many of us find them unpalatable, are also relatively harmless. What if you had a friend who believed that taking dowry was acceptable? An uncle who did not think it appropriate for his daughter to work or indeed, that ‘all this women’s rights talk is nonsense’? Your father or mother who thinks rape is caused by women wearing short skirts and ‘provoking’ men?  An aunt who thinks that your caste is indeed superior?

Most of us would have such people in our lives. As I mentioned in my own case, we may even have been this person. Sometimes you can’t really drop this person from your life, and sometimes, you don’t want to. The truth is, we don’t always love people based on their ideology – sometimes, we love people despite their hurtful ideology.

It is true that it is not fun to always be the ‘angry feminist’ – and especially when anger is often not seen as an appropriate response from a young woman. Most of us want to be liked, or at least liked by people who matter to us, and questioning people’s long-held beliefs can get in the way of that. Often, even when you engage with people in a respectful manner, and brings facts, experience and examples to the table, you are seen as being ‘too argumentative.’ Precisely because of this, it is sometimes easier to explain our ideas online, where we are assured some measure of anonymity, or distance!

Sometimes, it is just tiring to have to explain things that seem so obvious – no, tight jeans do not cause rape, rapists do. Sometimes, the very fact that we need to discuss these things repeatedly is annoying. Weren’t we all supposed to be living in world where women’s rights are assured? (Short answer: No).

At the same time, I have also seen positive examples, of beliefs changing over time in the face of experience. My grandmother, brought up in a traditional upper-caste family and environment in the 1930s, responded to the announcement of my inter-caste marriage saying, “Well, we’re all human beings, aren’t we?” While I am still not sure if she can relinquish all her beliefs about caste, greater experience with people of many castes, and the behaviour of the younger generation, has had its impact.

I would not go so far as to say that all feminists (or if you don’t use that word to describe yourself – all who believe in women’s rights over their lives and bodies) MUST necessarily engage with those who don’t hold our beliefs. Ultimately, it is for each individual to seek out new learning, and no one can be forced to do it for them. But, there is value to engaging with the enemy in our own lives, sometimes in the form of prejudices in our own heads too. If we began shutting ourselves off from everyone who held ideas distasteful to us, are we also giving up the opportunity to bring about change within our own spheres?

What do you feel? How do you deal with it when people you know uphold sexist ideas? Ignore, argue, engage? Do share – I am curious to know what strategies you would adopt.