The National Commission For What?

Does the National Commission For Women (NCW) really matter? How are its members selected and what is their record on women's rights? 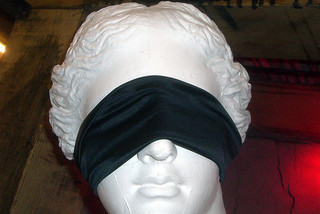 Who is Alka Lamba, apart from the fact that as a member of the team sent by the National Commission for Women to Guwahati she put her foot in her mouth by naming the victim of the infamous molestation?

Rather than apologizing for her faux pas, this NGO, on behalf of their figure of justice, put up this message on the Web,

“…who knows, what’s a bigger national shame for us to put our heads down; public molestation of the victim or naming the victim. What an irony, a public molestation, in Guwahati that is seen by hundreds and on TV viewed by millions worldwide. Shakespeare needs to sanitise and dust our collective consciousness and ask again, “what’s in a name…” (If you can decipher this, let me know, though I do get the gist) Perhaps the current members of the NCW are a shade better; but who are they? The chairperson, Mamta Sharma, according to the NCW website, has an “illustrious political background”, meaning that she is a member and office bearer of the Indian National Congress. The website also carries in bold letters a list of countries she has visited!

Three other members, Wansuk Syiem, Shamina Shafiq and Nirmala Samant Prabhavalkar are also directly and strongly linked to the Congress. Sift through the mumbo jumbo on the website and you’ll know what I mean.

The two other members, Hemlata Kheria and Charu Wali Khanna seem apolitical, with the latter having excellent credentials (but I wonder if she has any say, knowing the NCW as I do).

A body so strongly political cannot really be expected to understand the nuances of crime against women. I would have expected a body of professionals who are sensitive, sensitized and aware.

(I must add here that the post of the Secretary, NCW (the administrative head of NCW) is lying vacant now, as it has for much of NCW’s history. This post is manned by IAS officers, who do not find it ‘important’ or ‘lucrative’ enough. They manage to avoid this posting because postings of IAS officers mainly depend on other IAS officers. It’s not for nothing that the IAS is called the strongest trade union in the country!)

And what does the NCW do? Nothing, really, where victims such as the one in Guwahati are concerned. Its mandate is limited mainly to advising, recommending and reviewing. According to the NCW itself, it “reviews the constitutional safeguards for women; recommends remedial legislative measures; facilitates redressal of grievances; and advises the government on all policy matters affecting women.”

I had, in my earlier post, ‘Tick Mark The Correct Answer’ recounted my first hand experience of the NCW; and now I find how correct I was in my assessment. They are a bunch of clueless people strutting about in their own importance and ignorance, or else they would not have recommended CCTVs inside pubs and posting policewomen outside them. If I follow their logic, we will soon have CCTVs across the country and policewomen in every nook and corner.

They, in their ignorance, have also recommended action against the bystanders- people who were watching the Guwahati horror without raising one miserable finger to help the victim. May I ask them under what law? Abetment of an offence is a crime, but sadly, watching one being committed isn’t, at least in our country. More surprisingly, the NCW has not once commented on the fact that all the sections of the Indian Penal Code under which the Guwahati molesters have been booked are bailable, and carry almost nil punishment compared to the horror of the offence.

One last thing and digressing a bit, why can’t the Indian Penal Code have a separate chapter on offences against women, in which all action against offenders would be cognizable and non-bailable, and carry a minimum jail sentence of at least ten years, and the maximum of death by hanging? How about the NCW recommending that?