My Heroines Through History

Some lesser known heroines through history, who stood up for their independence and shaped the course of women's rights 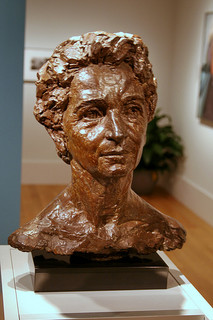 Women have shaped history in more ways than one, some becoming household names in the process while others faded away with the passage of time. My heroines through history are not all well known, in fact, names of some have been completely forgotten over time, and yet in one way or the other they have all shaped modern thought, feminist philosophy, and encouraged women to stand up for their rights.

In 300 BC, Athenian philosopher Hipparchia studied with the Cynic Crates of Thebes. She forced her parents to let her marry him and spent her life on education rather than weaving; In 195 BC, Roman women successfully insisted on the repeal of the Oppian law, a sumptuary tax that forbade them to wear multicolored garments or more than half an ounce of gold;

In 1390, at the University of Bologna, Dorotea Bocchi took the chair of medicine, formerly held by her father;

In 1405, Italian-born French scholar Christine de Pisan wrote ‘The Book of the City of Ladies’, in praise of women and in defense of their virtues;

In 1629, Anne Hutchinson was expelled from the Massachusetts Bay Colony for “traducing the ministers” of that Puritan colony; she and other religious dissenters found Rhode Island;

In 1704, twenty-five Frenchwomen, called “Cassette girls,” journeyed to Mobile on the Gulf Coast of North America to find husbands. Initially they refused to marry any of the colonists, because of the crude conditions they found;

In 1770, Phillis Wheatley, the first African American woman poet of note in the United States, published her first poem, ‘An Elegiac Poem, on the Death of the Celebrated Divine…George Whitefield’;

In 1789, more than 8,000 Parisian market women marched to Versailles and presented their demands, including the demand for more affordable bread, to the National Assembly and the king;

In 1795, Anne Parrish founded the House of Industry, which provided employment to poor women. It was the first American charitable organization operated by women for women;

In 1825, Frances Wright founded a utopian community at Nashoba, Tennessee, trying to put into practice her ideas for gradual emancipation of slaves. The plantation failed but attracted wide publicity;

In 1834, in Lowell, Massachusetts, women mill workers staged a successful strike to reverse a 25 percent cut in their pay;

In 1849, Harriet Tubman escaped from slavery in Maryland to Philadelphia. By the outbreak of the American Civil War in 1861, Tubman had returned to the South some 19 times and rescued more than 300 other slaves;

In 1868, in Thailand, Amdang Munan refused to marry the man her parents picked for her. She prevailed upon the king to rule that women may choose their own husbands;

In 1892, journalist Ida Wells-Barnett began her campaign against lynching. Her newspaper offices were burned, and she was driven out of Memphis, Tennessee;

In 1893, the women’s committee that funded the Johns Hopkins University School of Medicine in Baltimore, Maryland, insisted that men and women be admitted equally;

In 1898, Charlotte Perkins Gilman wrote ‘Women and Economics’. She argued that the lost talent of women hampers the entire economy;

In 1899, Korean women organize Yo-u-hoe, the Association of Women Friends, to fight against concubinage;

In 1905, Mohtaram Eskandari started the Union of Patriotic Women, Iran’s first organization for women. Religious leaders broke up the first meeting and burned some of the women alive;

In 1907, Margaret Slocum Sage donated $10 million to endow the Russell Sage Foundation to sponsor research to improve social conditions in the United States;

In 1914, American activist Margaret Sanger was indicted under the Comstock Act for distributing a birth control pamphlet titled ‘Family Limitation’;

In 1917, on March 8, Russian women went on a strike for “bread and peace,” helping spark the revolution that overthrew the imperial government. The date was later chosen to mark the International Women’s Day;

In 1923, Egyptian feminist Huda Shaarawi publicly took off her veil and inspired many other women to do the same;

In 1939, Marian Anderson gave a concert to an audience of 75,000 at the Lincoln Memorial after the Daughters of the American Revolution prevented her from singing at Constitution Hall because of her race;

In 1941, pacifist Jeannette Rankin placed the only Congressional vote against U.S. entry into World War II;

In 1942, Elise Richter, the first female professor in Austria and a noted linguist, was deported to the Nazi concentration camp at Theresienstadt, where she later died;

In 1944, Indian Muslim Noor un Nissa, the first British secret agent in the Nazi Party, was shot by the Gestapo;

In 1955, Rosa Parks refused to give up her seat on a bus to a white man. Her arrest for this act sparked the Montgomery bus boycott;

In 1961, American women organized by Women Strike for Peace staged a one-day strike asking the government to “End the Arms Race, Not the Human Race”;

In 1970, The Boston Women’s Health Book Collective published ‘Our Bodies, Ourselves’;

In 1982, twenty thousand British women protested the placement of cruise and Pershing missiles at Greenham Common;

In 1990, a group of Saudi Arabian women drove cars in Riyadh to protest laws preventing them from operating motor vehicles. They were briefly imprisoned and suspended from their jobs;

In 2005, in Ireland, the McCartney sisters made a public issue of their brother’s murder, spurring international criticism of the Irish Republican Army (IRA);

In 2007, for the first time in UN peacekeeping history, an all-female unit was deployed. Comprising more than 100 Indian policewomen, the force was sent to Liberia to train police and assist with local elections and prison security;

And, last month (May 2012) a Saudi woman protested against the Saudi moral police who were asking her to leave a shopping mall because she was wearing nail polish!