This edition of our weekly posts engages with change – be it retaining one’s name post-marriage or breaking away from conventional feminist perceptions. 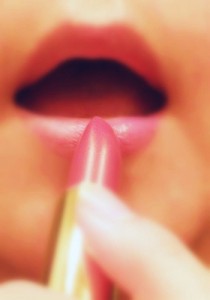 This edition of our weekly posts engages with change – be it retaining one’s name post-marriage, breaking away from conventional feminist perceptions, or embracing a new mantra for expenditure. “The unvarnished truth is that how you spend money can affect your well-being, as well as the well-being of the woman you’ll be someday.” On ‘Do No Harm Spending’.

“I can do very well without prostitutes impaling themselves on lust running rampant, martyring themselves in the interest of common good. The worst of all is this assumption of the unbuttoned, lust driven man who can’t control himself.” Sangitha writes a powerful post on prostitution.

What is in a name?

“It annoys me that the world’s concept of India is filtered through the surreality of Bollywood. It would be like South Asians imagining the U.S. solely based on images of Las Vegas or something.” – When the reel is taken for the real.

“I like when a man I’m out with holds the door but I’ll hold one for him too. It’s consideration, not a sexist issue!” – Daylle Deanna Schwartz on the changing etiquette between the sexes.

“The compassion of the author’s voice extends to men with a complexity that only a feminism that has been steeped in actual human engagement, not just political rhetoric, would allow.” – A review of Fish In A Dwindling Lake, a collection of stories by Ambai.

Does a preference for make-up make you a bad feminist?