No Drinks, Substance Abuse Or Women

The sphere of Work is seen as owned exclusively by men. Women can only ever be a distraction here. 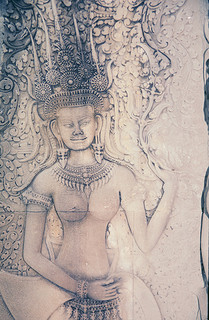 In an interview today with the Hindu, well-known VJ Nikhil Chinapa has a rather curious ‘pearl of wisdom’ about the Bangalore music scene in the good ol’ days. He says, “Bangalore then had the perfect music scene with no drinks, substance abuse or women. It was the best if you liked sound hitting you square in the chest.”

Now everyone knows that us feminists get angry for no reason, so I promptly got angry. (I’m saying this upfront for the benefit of that one commentor who is sure to say, “but why are you so angry? I’m sure he didn’t mean anything.”) Rambha was sent to ‘seduce’ Vishwamitra and distract him from his tapasya. The idea of woman is temptress is hardly new. Neither is the concept of woman as “distraction” – a tool sent to keep man away from his All Important Work that he is otherwise bent on accomplishing. Even a temptress has agency – after all, she can choose to play the role of seductress and even enjoy it, but a ‘distraction’ is just an object in one man’s war against another.

Did anyone ever ask Rambha what she felt about being a tool in the hands of Indra? Did she desire Vishwamitra? or was she repulsed by him? Who cares? Especially when the tool in question has been reduced by a curse to being a rock – another object.

The sphere of Work is seen as owned exclusively by men. Women can only ever be a distraction here, placed in the same category as ‘drinks’ or ‘substance abuse’. On the one hand, it seems like an acknowledgement of women’s power, but this power is unidimensional and refers only to a woman’s sexual attraction for a man.

The fact that a well-known media personality should be able to comfortably equate a ‘perfect’ music scene with the presence of no women is a telling comment on who we think work spaces are meant for – and it looks like no amount of ‘modernity’ will change that for some people.

Pic credit: An Apsara in Angkor Wat by Travfotos (Used under a Creative Commons license)