Is the younger generation taking marriage for granted and opting for divorce too easily? 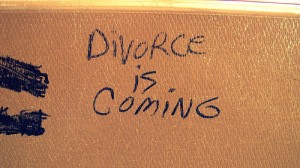 I am writing this piece fully prepared to receive sharp reactions from the current generation of young and prospective brides and grooms. I had earlier tried to defend arranged marriages and ended up supporting marriages arranged not by parents as I initially planned but that arranged by the couple concerned. Who knows if I would fail again and end up endorsing the opinion of the very youngsters whom I plan to criticize in this post of mine? I would make a very bad defense lawyer so never ever hire me to plead your case.

Sonu was a young man in his early thirties when he dated a girl and decided to marry her. They got to know each other through a matrimonial site and had met on quite a few occasions. The girl belonged to the same community as him and his parents were overjoyed that their son did not choose to marry a girl from a different state and culture. The two shopped for their wedding and planned a trip to a holiday resort in Kerala after the marriage was solemnized. Since Sonu’s mother’s health was cause for concern they had asked the girl’s family to come over to Jamshedpur and made arrangements for the wedding ceremony to take place in a hall close to their home. We were among the invitees but since the wedding was to take place at night we left after dinner a little after the groom was welcomed by the girl’s family to the venue of the marriage. We next heard that the marriage had taken place but the girl refused to accompany the groom to his home. She had canceled the trip to Kerala as well as her leave and returned to Mumbai to resume work at her office. Reason?

Well, if you ask me I would say that the reason given by her did not merit a divorce but my young readers may think otherwise.

It so happened that the boy’s 2nd and 3rd toes on his right leg were fused and the girl got to know of it only after he removed his shoes for the marriage rituals that took place. She felt that he ought to have told her about it. The girl’s family created a ruckus over the issue accusing the boy’s parents of covering up vital information and left the place without performing the ‘milni’ which involves a kind of introduction and interaction between the families. The girl has now filed for a divorce which may be granted in all likelihood.

My question is this.
The boy in question says that he had never felt inadequate or handicapped because of his condition. He got a doctor to examine him and confirm the fact that his congenital defect was not hereditary and produced certificates of the prizes he had won for athletics in school sports and tried his best to save his marriage.
Even if for a moment we agree that he ought to have told the girl in question of his handicap and suddenly noticing that his toes were fused must have shocked the girl, did the girl have to take the extreme step of calling off the marriage?

If she was so upset why did she not object before the marriage took place? I hear that the girl’s family is asking for compensation. Was this a ploy on their part to fleece money out of the groom and his family?

The girl has no parents and it is only an older brother and a step mother she can turn to for advice. The brother does not earn well and it perhaps suits him to have a high salaried well employed sister supporting his family. The step mother may not be concerned about her future.

I feel that the initial shock was justified but there was no need to call the marriage off. The issue could have been sorted out. What do you think?