More Musings From A Father

Bringing up independent and intelligent daughters as an Indian father. 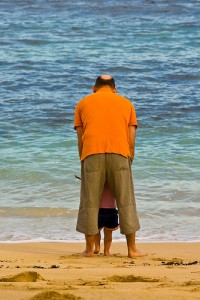 One of my earlier posts, ‘A Little Daughter Who Grows Up To Be A Friend’ seems to have touched a lot of people, and I remember having said that I am an ordinary father trying to do my best for my daughters. I admit I have been taken a little aback with all the attention that the post received, but it has opened my eyes to one fact- that many Indian fathers think differently or that I am a rare exception.

My daughters have been the biggest source of joy to me, and bringing them up has filled me with happiness, pride and a deep sense of fulfillment. They are individuals in their own right, extremely intelligent, they can think for themselves, and among the many goals they have set for themselves is that they will look after my wife and me in our old age. I do protest that hopefully we may not need looking after, but they tell us that they will be there for us like we have been with them through all their tantrums, demands and idiosyncrasies. I tell them they have been ideal children, but then the response I get is that we have been ideal parents!

I honestly do not know what ideal things we might have done in bringing them up, but I do know that we have always tried to teach them openness, honesty, and the ability to think for themselves. We are voracious readers, all of us, and maybe somewhere that has helped them to realize that there is much more to life than what is taken for granted by most of us. Just this morning my younger daughter got into a discussion with me on hegemony as defined by Gramsci- she had recently studied it in college as an Honors student of Political Science. We ended up by talking of social hegemony as the “spontaneous consent given by the great masses of the population to the general direction imposed on social life by the dominant fundamental group”. We debated whether the dominant thought of the dominant social group should have been her thought, too, and the obvious conclusion was no. My elder daughter studied the social sciences as well, specializing in criminology and justice, and I miss the intelligent debates I used to have with her now that she lives abroad.

I feel proud of the small little things my daughters end up doing. I was traveling the other day when the younger one called to tell me she saw a man slap a woman in full public view and that she wanted to protest because it is what I would have expected her to do. She was upset that she could not, and wanted to let me know.

I had told my elder one when she moved to London, to travel and see the world as much as she could- it now feels so enlightening when she sends us pictures and her thoughts on diverse cultures from places as different as Romania, Denmark and Germany!

We have laid down very few broad parameters for our daughters, refusing to be regulators of their consciences- one, don’t do anything that you will not want to tell your parents; two, do your best in whatever line you choose, but choose that line intelligently; three, never pick on anyone who is weaker; four, we all make mistakes, learn from them; five, always protest against injustice of any kind; six, be different and think differently; and seven, you are the makers of your own destinies and we are solidly behind you.

Now, so many years down the line, I know we have done the right thing!