This week's interesting stories from around the world. 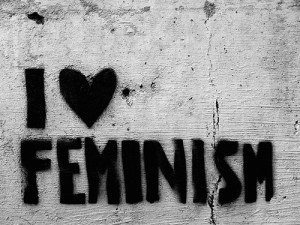 Progressivism, public toilets and more – Here comes the week with its short but thought-provoking edition.

The first is a highly sensitizing post from Sangitha on dealing with child misbehaviour. “When what they’re faced with isn’t something they are capable of handling, we’re likely to see behaviour that isn’t without our realm of acceptable,” Sangitha writes, as she exhorts every parent/adult to ‘understand’ rather than ‘judge’ a difficult kid.

“I do think the right to go to the bathroom is a basic right”, says this activist from China as she strives to bring the government’s attention to woeful lack of adequate toilets for women. Sadly, some things remain the same everywhere.

Sayantani finds her feminist beliefs in conflict with her love for Jane Austen. “Do we shut off our internal social critic? Do we, as Zeta Elliot has suggested, forget about a certain part of ourselves while we read about such dissimilar characters — to the point that we don’t even recognize this erasure of self?” – she ponders, in an attempt to reconcile her political commitments with her personal choices. A compelling read, and one we owe to Prathama of Towards Harmony.

Hannah Mudge debunks the myth of empowered women in Christian societies by revealing how women are shackled by stereotypes that society and the media perpetuate. To quote her – “It just came as a bit of a surprise to me, that despite all the teaching about self-worth and imago dei and not buying into all that worldly stuff, young women were still being drawn in to the performed femininity that the magazines, the rom coms and the women’s pages in the tabloids require us to ‘do’ in order to feel acceptable.”

Jia brings an appalling story on parental apathy to a daughter’s abusive marriage.The outraged author writes – “We have still not been able to teach our girls that nothing, NOTHING, can excuse any kind of abuse, and that they have all the right to walk out of ANY relationship at the first hint of it!”

“At one point in my career, I decided to stop worrying about the ramifications of being a woman and just started worrying about what I set out to accomplish.” This comes from Carissa Reiniger who shares her success mantra. Truly, a woman worth emulating.