Against The Order Of Nature 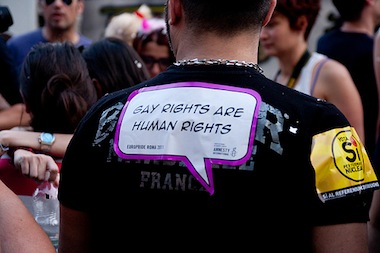 In recent months, much noise has been created over the legalization of homosexuality by the Delhi High Court. The Court, in July 2009, had struck down section 377 of the Indian Penal Code which criminalizes ‘carnal intercourse against the order of nature’ and prescribes a punishment of up to ten years imprisonment for such acts.

Chief Justice Mr. AP Shah had said, “We declare that Section 377 IPC, insofar it criminalizes consensual sexual acts of adults in private, is violative of Articles 21, 14 and 15 of the Constitution.”

This section of the Indian Penal Code, like the Code itself, was a creation of the British, and came into force in 1860. Interestingly, England decriminalized homosexuality way back in 1967 by passing the Sexual Offences Act. In an earlier (1957) debate on the issue even the Archbishop of Canterbury, Dr. Geoffrey Fisher, spoke in support of decriminalizing homosexuality, saying that “There is a sacred realm of privacy… into which the law, generally speaking, must not intrude. This is a principle of the utmost importance for the preservation of human freedom, self-respect, and responsibility.” The 1967 Act was a giant leap for England, because till 1861 the punishment for homosexuality was death in that country.

More recently, the Government of India tied itself in knots when an appeal against the order of the Delhi High Court was being heard in the Supreme Court. The Additional Solicitor General of India, Mr. PP Malhotra said in the Supreme Court, “Gay sex is highly immoral and against social order and there is high chance of spreading of diseases (like AIDS) through such acts.” The Court, while discussing the issue, wanted to know the meaning of ‘order of nature’ from the Government. It asked, “Who is the expert to define the term ‘order of nature’, more so in relation to carnal intercourse? Meaning of words has never been constant. Test-tube babies, surrogate mothers – are they in the order of nature?”

I too have a few questions:

I actually want to write to the Ministry of Law and Justice under the Right to Information Act seeking answers to these questions, but I know the reply I will get: “Your prayer under the RTI Act is denied as you have sought opinions and not information as defined in the said Act.”

An afterthought: Section 377 IPC also says, “Penetration is sufficient to constitute the carnal intercourse necessary to the offence described in this section.” Does that mean lesbianism was never a crime under this section?

Pic credit: Vereda Estreita (This picture of a campaigner at Europride 2011, Rome was used under a Creative Commons license)