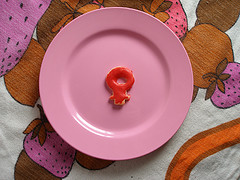 And here is the next edition of “stuff we liked” – mostly from this week, a few from the last, but all good to read!

A wife is a partner, not a baby-making machine, says the Indian Homemaker, commenting on a recent judgement by the Punjab & Haryana High Court.

Shail has a long but interesting post on “macho” men who attempt to play the blame game and fob it all on a woman. She says, “…to me a macho man is who can be himself with me, someone who may succumb to negative emotions, but is equally able to own up to those lapses, who is able to show remorse rather than turning tables and putting the onus of his feelings on me.” Hanna Imogen Jones talks about growing up as a feminist, and what feminism means to her. To quote her, “I had never felt inferior to boys. I had never felt superior either. I have simply always felt like an equal, with everyone on this planet, for that matter.”

“…this tendency of the adults to get things horribly wrong or simply to disappear from the children’s lives is in part a device to allow the children to become the movers of the plot; absent or incompetent adults are to be found all over children’s literature.” – That’s Aishwarya at Practically Marzipan with a most unusual post on Enid Blyton as the chronicler of a harsh alternative universe in which children are casually abandoned by adults, literally or otherwise.

Amrutha has some take-downs for the men who believe that “Westernised” “city girls” do not make suitable wives (actually, make that slaves, not wives!). She says, “The general impression seems to be that a woman who dresses unconventionally is: a) easy, b) difficult to control and c) unfit for family life.”

“You should get married soon” – a hilarious post by the Local Tea Party. “You are talking as if we are some bananas that should be eaten at the right time! If we delay means our skin will turn black and peel off or something, like that you are speaking and scaring?” Single people are bananas, eh?

Shreya Sanghani on shedding all labels and being the solo female traveller. It’s also an insightful look at how far we have to go on empowerment: “A few allotted bus seats do not stop us from being groped on public transportation, or from lecherous eyes grazing on our breasts.”

Happy Reading, and enjoy your weekend!