She has a keen interest in critical theories because they have a major influence on the text that is produced. They enable a better understanding and analysis of, not just literature as the term classically and conventionally connotes, but all literature, as in all ‘text’ around us, to use a very Derridean term. So theory, in fact, allows one to understand all that is happening or is being made to happen around one, in other words the text that is constantly being written and negated. She is especially interested in postcolonial studies, the concept of the nation and cultural nationalism and its impact on regional and diasporic communities. Another major area of interest for Shyaonti is Cultural Studies, especially the politics of representation, identity creation in a culture of consumption through media and production of culture and knowledge again through media. For further research, she is considering the possibility of the intersectionality of Cultural Studies and Critical Theories or Film Studies and Cultural Studies with Gender Studies. 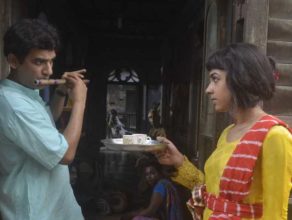 2017 film Nagarkirtan has done what a number of films have been unable to do- portray transpeople as erring and vulnerable humans.