The Taming Of Women

P.Sivakami’s The Taming Of Women is a rustic story of the conflicts and struggles between tenacious women and tyrannical men. 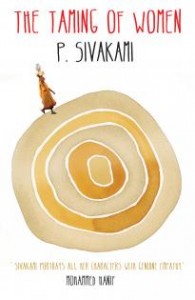 P.Sivakami’s The Taming Of Women is a rustic story of the conflicts and struggles between tenacious women and tyrannical men.

We are often led to believe in the myth of innocence and simplicity in rural life. Our movies and popular literature often perpetuate this myth; but P. Sivakami debunks it in The Taming Of Women.

Periyannan is not content with the wealth that his farms bring him. He is hungry for the power that money can bring, and tyrannical in his treatment of the women in his life – be it his wife, his old and ailing mother, his daughters or the many women for whom he has an insatiable appetite. The opening chapter introduces this with a bang – his wife Anandhayi gives birth while he has another woman with him upstairs, brought to him by the midwife with whom too, Periyannan often gets physical.

Anandhayi has no illusions about him. She wishes, however, that he would not get his women home. Not where her daughters are growing up – who are inevitably affected by all that is going on around them. The physical violence they see and are subjected to on a daily basis makes one daughter a rebel while the other becomes apathetic.

Periyannan is king of all he surveys, until he encounters and is enslaved by the beauty of Lakshmi, whom he gets home as his second wife. After a while though, he slips back into his despotic ways and Lakshmi tries to run away and escape his clutches. This does not sit well with Periyannan, who sees it as a blow to his egotism. Thus he risks everything – his wealth, respect, work and status – in his attempts to gain control over Lakshmi.

A gritty, hard-hitting and relentlessly abrasive novel, the book is a very realistic portrayal of life in a village on the way to developing into a town. The violence is just below the surface, boiling over at times, and overwhelming the reader.

The book offers a striking insight into the minds of the women – who are often pitted against each other in their battle for supremacy, yet co-operate at the unlikeliest of places to stand up against the man who leaves no stone unturned to subdue them.

P. Sivakami’s background as a Dalit woman IAS officer, with close to 3 decades of work experience in the field makes her the ideal person to have written this book. She writes from first-hand experience of the society she portrays, a life that at once feels familiar and alien to urban middle class readers.Originally written in Tamil, it has been translated into English by Pritham K. Chakravarthy. I could not gauge how true it was to the original, as Tamil is not a familiar language to me. Yet, the essence of a lower socio-economic class with its trials and tribulations, the struggle for power across genders and class, even that among peers, their thought processes – these have all come across in the translation.

As more and more rural areas undergo development and join the urban rat race, the journey of Periyannan and Anandhayi becomes relevant even today. It makes us uncomfortable, raising many questions about the lives that get affected by so-called development.

If you’re planning to purchase P.Sivakami’s The Taming Of Women do consider buying it through this Women’s Web affiliate link at Flipkart. We get a small share of the proceeds – every little bit will help us continue bringing you the content you like!

Readers outside India can purchase The Taming Of Women through our affiliate link at Amazon.