India Helps: Together We Can

Kiran Manral shares with us the story behind ‘India Helps’ – a group of volunteers who seek to help disaster victims, in their times of need. 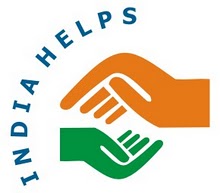 Kiran Manral shares with us the story behind ‘India Helps’ – a group of volunteers who seek to help disaster victims, in their times of need.

It started with the relentless live telecast of the 26/11 terrorism carnage which saw many killed, injured and stricken in Mumbai. The sense of helplessness at the plight of those who had their lives overhauled completely in those few minutes overwhelmed me. The emails and messages flowing back and forth between me and others across the city, the country and the world, led me to post details about those who needed help and act as an interface for people to help them directly.

India Helps was born then. Not as an NGO. But as a hands-on group of people who wanted to reach out directly to disaster victims and offer relief, assistance, hand holding and emotional support until they were able to pick up the shattered pieces of their lives and get on with living, at times without a loved one. And there were those who were injured and had lost their ability to earn a livelihood because of their disabilities. It was tough because no one in the India Helps team had a back ground in social work. It was the combination of a fierce determination to help, to make a difference and the willingness to go out there and visit, get involved with people’s lives that made it work. Also many people who wanted to help but didn’t know whom to approach and how to contribute felt assured that we had ground contact with the victims and knew us all personally.

Helping Others, Helped Me Learn

We raised funds through appeals on our blog, through requests to friends and family and we spent time and weekends. With joy. Because we could see how we helped. There were lessons we learnt. Me, specifically. The first lesson I learnt was how difficult it is not to get emotionally affected by the grief one deals with. The first visit I made, with a team member was to the home of an aged couple who had lost their 26 year-old daughter in the shooting at Leopold Cafe. The parents were brave in their grief and shared details with us. They needed help with the paper work and the running around, which we offered to do. We emerged from their home, and burst into tears, hiding behind a conveniently parked truck apprehensive of attracting attention. It’s a lesson I still have to learn and need to keep reminding myself. A recent visit to a widow of the 13/7 Mumbai blasts had me blinking back tears all the way back home.

The first lesson I learnt was how difficult it is not to get emotionally affected by the grief one deals with.

Another lesson I have learnt is that there are people who want to take charge of their lives and there are those who are willing to let life lead them. Karuna Waghela, the widow of Thakur Budhabhai Waghela, who lived in a shanty near GT hospital is one of the former. Someone I have immense respect for, for the sheer will power with which she got herself out of what seemed like a hopeless situation. Her husband was shot dead by Ajmal Kasab while eating dinner. Karuna, with her two children, lived with her in-laws. They took all the compensation she received from the government and she had nothing to her name. What she did have was grit. She got a job on compassionate grounds from GT hospital where her husband had worked and a flat from MHADA from the government at Sion. She and her child moved out with – I am delighted to say – a good amount of emotional support from our team member. Today she is one of the few cases who calls up occasionally to ask after us; and when asked if she needs anything, replies in the negative. She is independent and determined to make a future for her children. And that makes me proud.

On the flip side, we had another case. She had three children and was pregnant with the fourth. India Helps along with many others helped her financially and with groceries and provisions. In fact, India Helps was with her right till her delivery, with assistance for medical expenses and even helped her get aid when the newborn had to be admitted into the NICU. But one read a plaintive article in the newspapers about how she had had to struggle and that she had received no help at all. Which is when the duplicity of people struck me. It wasn’t that one wanted any public acknowledgement, but what of the countless people who had been sending in funds for her for over two years, who would have felt cheated and betrayed? Yet another sob story was in and out of hospitals for her leg and milked it until she could get no more.

There are people who are willing to be helped and those who are closed to help. And those who are ready to help themselves. I have had the good fortune of seeing two such widows in my experience with India Helps, who have risen to the challenge, and taken life by the horns. They look to us for the initial support, after which they are confident about managing on their own. These are women who are uneducated, who have never stepped out of the homes to work. They humble me. They also make me believe in the power of helping those who want to help themselves.

India Helps is not a registered organisation. It continues to be a group of volunteers – professionals, housewives, regular people, with regular day jobs, who take time out to make direct contact with victims of disasters. It will continue to be so. We only accept cheques in the victims’ names and these are handed over directly. Hopefully, we get more people to join our initiative. And help people help themselves. If you would like to join team India Helps drop us a mail at [email protected] 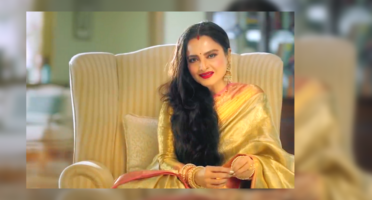