Who Needs A Gluten-free Diet In India? 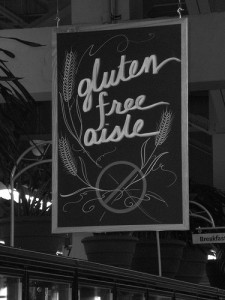 Celebrities like Gwyneth Paltrow and Victoria Beckham swear by their gluten-free lifestyle. Expensive gluten-free flours and ready mixes are jostling for space on our supermarket shelves. What’s going on? Is gluten-free yet another fad diet or is it worth considering?

Imagine giving up parathas, breads, pizza, and cakes. That’s what you’d have to do to follow a gluten-free diet in India.

Gluten is a type of protein present in wheat, rye, and barley. It is what makes dough elastic. Baked goods, chapatis and naans will turn crumbly without its magic.

When do you really need a gluten-free diet?

Jeeva Anna George, a 30 year old entrepreneur, is someone who needs to be on a gluten-free diet. “No, it’s not a fad,” says Jeeva. “If I have to stay healthy, I need to eliminate all traces of gluten from everything that I eat.”

Celiac disease is an autoimmune condition that affects a small percentage of the population, whereby they can’t digest gluten. Celiac patients experience symptoms such as cramping and bloating when they eat even small amounts of gluten. Check this resource from The Celiac Society of Delhi, for a detailed list of symptoms.

“I used to get depressed, but I would chalk it down to work-related stress. I also had joint pains, swollen ankles, and persistent diarrhoea,” recalls Jeeva. She was diagnosed with Irritable Bowel Syndrome, lactose intolerance and everything else before Dr. BS Ramakrishna, Christian Medical College, Vellore, recommended a blood test for gluten intolerance.

The diagnosis came as a relief. “After I eliminated gluten from my diet, my health improved drastically,” says Jeeva. This enterprising young woman even ended up starting a gluten-free baked goods business in Bangalore.

Gluten is also strongly linked to other autoimmune diseases such as hypothyroidism. Studies show that there is a strong link between autoimmune thyroid disease and gluten intolerance. If you have this condition, and you eat foods that contain gluten, your immune system will end up attacking your thyroid.

Dr. Vivek Kadambi, Belle Sante, Bangalore, takes a holistic approach to treating chronic health conditions. “We first start by optimizing various metabolic parameters. If the problems still don’t get rectified, we may suggest avoiding gluten for 3 months and then check again,” says Dr. Kadambi. “Of course, celiac patients must avoid gluten completely. But if you are more interested in sugar and weight control, you could try reducing or giving up wheat-based products for a while and see if it makes a difference,” he adds.

Some people are sensitive to gluten, but do not have celiac disease or damage to their intestinal lining. They usually experience bloating, diarrheal, fatigue, headaches, or other symptoms after eating foods containing gluten. Their quality of life usually improves after eliminating these foods.

How do you find out if you are gluten intolerant?

Celiac disease can be diagnosed with the help of serological markers (blood tests). Small bowel mucosal biopsy can conclusively determine whether you have the disease or not. But you may also have asymptomatic gluten intolerance.

If you suspect you may be gluten intolerant, first check it yourself at home. Eliminate gluten from your diet for at least 30 days, and then reintroduce it. Your body will tell you what you need to know. Dr. Kadambi recommends keeping a food diary to note down everything that you eat. If you feel better without gluten or feel worse when you reintroduce it, then it is highly likely that gluten could be a problem for you even if the lab tests are negative.

Is celiac disease prevalent in India?

Celiac disease is often dismissed as a western disease. The idea that a primarily wheat-eating population can be allergic to their staple food can seem far-fetched.

The increased prevalence of celiac disease and gluten intolerance is thought to be due to the change in the variety of wheat that we eat now. The modern wheat contains antigenic glutens which are capable of inducing celiac disease.

If you do not have gluten sensitivity or celiac disease, there may be no reason for you to consider this radical diet change. Eliminating gluten from your diet involves staying away from a large number of common food items and this change can be difficult to sustain. Gluten-free diet is wrongly portrayed as the magic ticket to weight loss. Gluten-free products that are available off the shelf are often higher in calories, sugar, and fat, and can lead to weight gain if you’re not careful.

Unless you have a genuine medical condition, such as celiac disease or a confirmed autoimmune disease, it may not be worth putting yourself through the trouble of eliminating delicious and nutritious food from your diet.