Alana Lowes: On Becoming A MasterChef

An Interview with Alana Lowes, Top 3 finalist at MasterChef Australia 2011, who captured viewers with her spirit and talent in the kitchen. 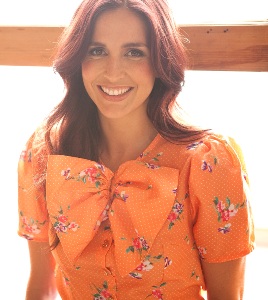 An Interview with Alana Lowes, Top 3 finalist at MasterChef Australia 2011, who captured viewers with her spirit and talent in the kitchen

Alana Lowes has many credits to her name – but the one which pushed her into the limelight and earned her loads of fans from all corners of the world, was ending up as a finalist on Masterchef Australia 2011. Here she speaks about her journey, passions and her future plans.

Aparna V.Singh (AVS): At the risk of sounding clichéd, how has the MasterChef journey been? How has reaching the top 3 changed your life?

Alana Lowes (AL): MasterChef was one of the most amazing times of my life (other than getting married of course!). It has allowed me to be fully immersed into the world of food and I get to travel around and meet some incredible people, not only during the filming of the show (I met Nigella Lawson!!) but also following the show. Some of the other contestants have become some of my friends for life.

AVS: You may know that Masterchef Australia was a big success here in India. Were you surprised to hear that?

AL: I knew previous seasons of MasterChef were popular in India and I just hoped that season 3 would be as popular. The support all the way from India has been fantastic; some of my most loyal and beautiful fans are Indian. I just love getting messages or hearing that people have cooked a recipe off my blog – A Morish Distraction. I really hope to (and soon…) get to India and travel around, sample the food and talk to the locals.

AVS: Obviously, you love cooking, but is there anything you dislike about it?

AL: The dishes! I wish that I had a dish fairy that would come in at the end of a day of testing or after a dinner party and clean up all the mess!

AVS: Cooking for yourself or your family, day-in and day-out can get routine and boring. Any tips to handle the monotony?

AL: Mix it up with simple things, for example: if you don’t eat a lot of fish, pick up some fish fillets and pan fry them with some spices or make a lentil salad rather that a green tossed salad. If you usually cook with Indian flavours or South East Asian flavours, maybe it is time to grab some basil and oregano and all of a sudden you are cooking something that tastes Italian.

AVS: Among Indian cuisines/foods, what do you particularly like?

AL: I love naan bread and chicken tikka/tikka masala. Saffron rice is something that is really special as well as it makes the table look so colourful when it is served. And of course, anything that is dessert is a favourite.

AVS: Travelling is another one of your passions. Any interesting travel tale that you would like to share with us?

AL: When I travel I always do a cooking class as this is the place you hear the most interesting stories about a culture. Food is such an important part for each and every culture around the world and learning how a certain cuisine has developed over time is fascinating. I also love adventure and I have been hiking/trekking through New Zealand, Malaysia and Vietnam. Turkey was a magical place for me.

AVS: We hear that there are cookbooks and TV shows in the offing! Do tell us a little about your future plans.

I would love to have the chance to travel to India and work on a food show there as well, maybe visit different areas in India and learn all about the beautiful cuisine! For me, food and culture has such a significant connection and telling those stories is what people want to hear.

Thanks Alana! And do visit us in India soon!