Today, I casually said that such a future is not for me. Bringing up my own children is enough. My children – my responsibility. My children’s children- their responsibility. Not mine. Everyone looked at me with disdain. They called me ‘selfish’. That made me think and analyze.

If I refuse to be a babysitter in my old age, will I be branded selfish?

My first child was born in 2009. I tried hard to continue full-time work. But the lack of proper support made me quit. I became a consultant and worked from home. But I never thought of asking my parents-in-law or my parents for help with my children.

For my child is my responsibility. Not theirs. They have spent their entire life bringing us up. It was unfair to entrust my child’s responsibility to them. At an age when they should be focusing on themselves and pursuing whatever their heart wished for, I can’t dump my child’s care on them.

My father passed away in January 2020 after a prolonged illness. A friend advised me that the best therapy for my mother’s grief would be entrusting the grandchildren to her. I was appalled. Another friend suggested that since my mother was free. I should now let her take care of my children while I join back work full-time. I was once again shocked.

Our parents, who have toiled their entire life bringing us up, played a pivotal role during our pregnancies and other emergencies and never thought about themselves. Their children were their top priority. And now, at this age, are they expected to rear their grandchildren? So, that we can lead the kind of life we wish to.

They have their own life

Why can’t people understand that these parents who have struggled so hard and have given their all deserve a break?  A break from rearing children?

Why do today’s children forget that their children are their responsibility? Not of their parents?

With the breakdown of the joint family, the care of children has become a huge challenge. Today, crèches, daycare facilities, and full-time helpers are all available. But parents are reluctant to avail themselves of these services. They feel that no one can take care of their children, the way the grandparents can. Hence even after bringing up their children successfully, the elderly parents are often entrusted with the role of caregivers once again. Very often they offer their services voluntarily for they think it’s their duty. Such is the social conditioning that the elderly parents push themselves to take it on. Else they will be called selfish.

My mother has raised us, and now she should be able to live her life

When I look at my mother I feel terribly guilty. Here is a septuagenarian who has never lived on her own terms. She brought us up, took care of her elderly parents-in-law till they died, cared for her parents, became a caregiver when her husband became sick, and saw her daughters through their pregnancies. And when her husband passed away, instead of allowing her to lead the kind of life she wants, society expects her to prove her utility by taking up the task of looking after her grandchildren.

The pressure is more on elderly women. And if they are widows, it’s immense. As long as their spouses are alive, the dynamics are different. They still have a say in many matters. But the moment she is a widow, the shift in dynamics is noticeable. She is ‘free’ and hence can be utilized. No one chooses to ask her what she wishes. Does she want to spend the rest of her life travelling? Reading? Rendering services at a charitable organization?  No, her wishes don’t matter. Isn’t she a woman? And a woman is supposed to spend her life, extending care to each and everyone around her.

Such is the tragedy of her life.

And no one has a right to criticise her choices!

So, when we, the three sisters decided to let our mother live the way she wanted, eyebrows were raised. We encouraged her to go shopping, watch movies, wear colourful outfits, and spend time with her schoolmates. My elder sister gifted her a tablet where she can watch movies on Netflix, and Amazon. Fawad Khan happens to be her favourite these days.  Sometimes we pull her leg saying that she deserves a second chance.

And now she has gone off on her own to the US. From there she might visit my other sister in Dubai.

My mother, who initially gave up all bright colours and now wears fancy clothes, gets her facials and spas done at regular intervals and looks fabulous. She has her weak moments when she misses my father and breaks down. But she is a strong woman who knows that there is more to life.

This post of mine is to raise awareness that our elderly parents need a break from this chore of rearing children. Give them space. Let them follow their heart. And ask yourself a question. If given an option, would you take care of your grandchildren and give up on your dreams and passion?

Let’s be fair and just. Let us be kind towards the greying population and make their life better. They are not just babysitters. But assets. Cherish them. Treasure them. Let them live their twilight years in happiness.

Image source: a still from the film Photo Prem 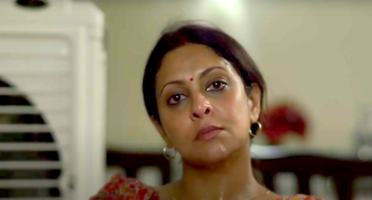