Giti Thandni and three others broke up and formed India’s first explicit lesbian organization, Sakhi, in 1991.

The lesbian groups in India have long struggled to claim a space in the movement for social justice. Indian women’s movement has historically distanced itself from lesbian politics.

It rendered later western and bourgeois demands not reminiscent of the majority of Indian women whose issues were around economic independence, education and violence.

Lesbian concerns were also side-lined by gay men in India partially due to their discourse being linked to disease, sexuality, health and safety, and also overall misogyny among gay men.

There was a fear of lesbianism in the late 80s

In the late 1980s and early 90s, urban Indian feminists used the terms like ‘single women’ or ‘women-loving-women’ to provide a community framework to connect and meet with each other.

In Delhi based activist groups like Jagori, there was a reluctance to use western terminology of lesbianism for fear of being type-cast as urban, western and bourgeois by left-leaning autonomous groups.

However, it was because of this linguistic contention that Giti Thandni and three others broke up and formed India’s first explicit lesbian organization, Sakhi, in 1991.

Such traditions, according to Thandni, ’caused acute discomfort to today’s activists, who were violently obscured through Islamic and Victorian morality.’

In Sakhiyani: Lesbian Desire in Ancient and Modern India (1996), Thadani argues that characterizing these writings and images as ‘lesbian’ is part of a crucial strategy to counter invisibility and isolation.

Thadani believed that Indian women from a range of social classes, educational backgrounds, religions, and marital statuses would find hope, solace, and freedom in the offering of lesbian identification.

The initial years of Sakhi

Thadani rejected the belief that Indian women would not or could not identify as lesbians. Her project- similar to Row Kavi’s for gay men, was to provide Indian women with the possibility of lesbian identification and direct access to a world of belonging.

Thadani’s aspiration was borne out, and by mid-1994, a surge of letters winding their hopeful paths into Sakhi’s South Delhi mailbox Sakhi’s practice was to reply to each letter, and if the respondent believed the writer was a woman, to enclose a ‘networking list’ consisting of mailing addresses that previous writers to Sakhi had agreed to share.

It was because Sakhi and Thadani’s exploding publicity brought the notion of lesbian activism into the public imagination. Sakhi’s vision was to create a visible lesbian presence and an active lesbian voice.

Women wrote letters to Sakhi primarily for sex and only secondarily for friendship or participation in a political community.

However, Sakhi’s replies to such letters could be seen as a lost chance to claim pleasure and desire as a fundamental right, something the women’s movement was too afraid to ask for.

In Sakhi’s replies sex- pleasure, and desire, the very means through which most women came to their moments of lesbian recognition were gradually deemed less than fit for this emergent, now politically aspiring, lesbian community.

At the early stage in the emergence of a lesbian movement, lesbian subjectivity was to be defined in the way that Sakhi had gradually set out, through a competence that was determined primarily by the ability to dialogue (and not desire) within the sphere of collectivity.

Engaging in political dialogue within a physical space of collective action requires access of two kinds- access to the cultural capital of political talk and access to practical freedoms of movement.

Urban activist networks in which Sakhi was enmeshed tell us a great deal about the limits and possibilities of this moment in the Indian lesbian community.

The limits include Sakhi’s inability and hesitation to reckon with women’s sexual needs and desires—an ironic circumstance, the fact that all of the women who wrote to Sakhi came to their lesbian ‘wakenings’ through sexual encounter, fantasy, or both and continued to seek out touch, intimacy, and sex.

But the possibilities of this emergence were many and complex. Sakhi offered these women the promise of a larger world—an imagined community of disparate but soon to be mingling bodies, exchanging information, technologies, and touch.

The promise was double-edged, offering both hope and producing previously unconsidered aspirations. 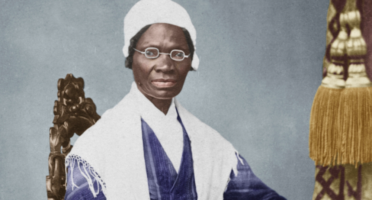 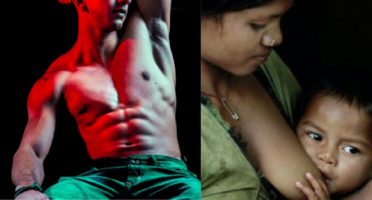 Men Walking With Bare Chests Is Okay But Women's Breasts Are Scandalous!?