Next I know, he wants to hang out.

I make it amply clear that I’m not interested. He tells me how his marriage is in a sorry state, and I tell him how that is a red flag for me (more about that later, perhaps).

Anyway, so he sends me a message one day with “dear” and I tell him right away not to use that word as it creeps me out. It happens again.

Then one day he sends me a message saying how his wife is harassing him and stuff. Sounded very low. I sent him a text to just check in him- no conversation about the spouse etc. Just a basic courtesy text which I’d do for anyone.

Then one day he texts again. I didn’t respond all day because the day before that he kept texting me about how romantic the weather was etc., and I was too preoccupied to tell him off.

So then he calls. And I tell him I’ve been busy and am tired, so will talk later.

He starts off with sending me hugs and kisses to make me feel better, over the call.

I was just getting out of work with my son, who’s home for the summer vacation. I didn’t want it to ruin my time with my son.

Was it so difficult to understand?

So, the next day morning, the first thing I did was write a message to him. I told him exactly how horrible his disregard for consent was. How he thought it was okay to use double innuendos and suggestive talk, and offer hugs and kisses, after me having told him in as many words that I’m NOT interested in ANYTHING.

And I ended the acquaintance right away.

He sent me some more annoying stuff – like a typical butt hurt man justifying his lack of respect for boundaries and consent, and had the audacity to tell me how he’d love to spend time with me and even invited me to his place! (Not the first time, though, and even after telling him I won’t).

Why do people think it’s okay to behave like this even after the other person has spelt out the boundaries at the very beginning?

I’ll be 43 soon and yes, I almost gave in to my conditioning and asked myself- what did I do wrong? Did I lead him on?

But not any more. I know better than that BS now. I DID NOT ask for it. Even if I assume I may have given him some hint that I might be interested in something, it doesn’t mean I’d be interested in anything and everything. Also, consent once given, can be revoked.

Image source: a still from the film Hichki

Antara is the co founder and Chief Operations Director at Redili- a training and employment project for autistic adults and young adults. She is an Applied Behavior Analysis professional, a retired Indian Air Force Officer read more... 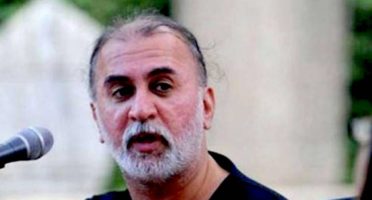 Tarun Tejpal Walks Free Because Survivor 'Did Not Behave Like A Sexual Assault Victim'?! 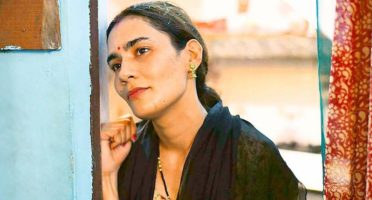 "Can Domestic Help Work During Lockdown?" Let Me Answer Your Question