Burning is a complex and provocative thriller with stunning visuals, laden with metaphors. It is full of poetic richness and has a literary accent.

When Hollywood does artsy, it is tedious and pretentious. When Korea does artsy, it is refreshing. Burning is a complex and provocative thriller with stunning visuals, laden with metaphors. It is full of poetic richness and has a literary accent. Its characters and its language are elusive. It is haunting to the point that at moments, you may feel it exists beyond the confines of a movie, almost supernaturally. It is art. It is transcendental.

Below are five curious aspects of one of the best international movies of the decade.

Director Lee Chang-dong has packed the movie with messages, themes, and metaphors, but the central theme seems to be duality. Burning is essentially a dance of duality. It is a tale of two tones and the lines that separate them. Lee Chang-dong has explored what unites the inverse and divides the synonymous. The movie constantly paints contrasting images. Hae-mi’s naiveness and idealism are contrasted against the condescension and conceitedness of the upper-class clique. Ben’s coolness and nonchalance are contrasted against his barn-burning imagery; and his abundance of wealth against his absolute lack of soul. The free-spiritedness of Hae-mi is contrasted against the repression of Jong-su. And finally, Jong-su’s timidness is contrasted against his act of ultimate violence. The movie continues to reiterate that life is rarely composed of neat parallel lines, that it is a multitude of angles, scribbles, and scrabbles.

The movie is a commentary on the rich and their power, the poor and their powerlessness, and how they relate to each others’ loneliness and boredom. But, it also makes a commentary on gender inequality. The makers have placed feminism at the center of the story, parallel to Hae-mi, the core of the story. Hae-mi is an expression of quintessential femininity. She is effervescent, unafraid, wide-eyed, a thinker and a dreamer, with great hunger for life. She has two men in her life. Although they are very different, they’re both expressions of quintessential toxic masculinity. While one wants to bend her and control her, the other wants to prey on her. One kills her spirit and the other, her body. It is established that Jong-su’s father had chronic anger issues due to which Jong-su’s mother left his father. When she leaves him, instead of having even a semblance of repentance or a self-corrective thought, the father reacts with, guess what, more rage, making Jong-su, his son who was just a kid, burn clothes of his mother in the backyard. In his formative years, Jong-su learns from his father that women should be blamed and held accountable for the actions of men. This deep-seated misogyny rears its ugly head when Hae-mi and Ben visit Jong-su at his suburban house. There, she takes off her top and dances, apparently displeasing Jong-su.  He whispers to her that only whores do that. Hae-mi probably felt unencumbered and freely expressed herself at the house of and in the presence of the only person she said she trusted, and she got called a whore who takes off her clothes easily. Those abrasive words said to Hae-mi by the only person she trusted and probably even loved broke her and metaphorically (maybe even literally) killed her.

Seeing one of the protagonists dance with the North Korean border in the backdrop is as direct as this movie would get about its metaphors because it celebrates subtlety. Whether it is Hae-mi eating the imaginary tangerine, implying she probably makes up her truth, or it is Ben hugging Jong-su while dying, implying he is probably guilty, or it is Jong-su being lucky enough to catch the light bouncing off the Seoul Tower and entering the window of Hae-mi’s apartment, implying it is probably the luckiest he would get, this movie plays so much with the said, the unsaid, and the in-between that it is a study in subtlety. Hae-mi says to Jong-su while eating her imaginary tangerine that “you don’t have to imagine that there’s a tangerine, you just have to forget that there isn’t one”.  That is the movie asking you to keep flipping your perspective and keep rotating your prism. The movie is decidedly obscure and enigmatic. But it is the subtle delivery of its enigma that elevates it.

Myopia of the Protagonist

Jong-su, the anti-hero hero of the movie, has many flaws. He is an emotionally stunted, socially awkward, meek man-child with an inferiority complex, a streak of toxic misogyny, and repressed anger and resentment that is just waiting to blow up.  But there is one more flaw in him that is crucial in the navigation of the plot –  his myopia. Lee Chang-dong focuses on Jong-su’s myopic perspective throughout the movie and how he has difficulty seeing things. It is established at the beginning itself when Jong-su cannot recognize Hae-mi. Jong-su is not sure if he ever saw the well. He is not sure if he ever saw Hae-mi in the well. His having had called Hae-mi ugly was another indication of his nearsightedness, and so was his looking for a burnt greenhouse every morning. The cat here has been a metaphor for Jong-su’s myopia. He was not able to see the cat. When he finally saw the cat, he got a clear picture.

From hearing North Korean propaganda to seeing the North Korean border to seeing Ben read Faulkner, the movie keeps unpacking metaphorical realism. But the chunkiest piece of metaphysical manifestation in Burning is Hae-mi. The embodiment of a que sera sera tattoo, the have-a-huge-debt-to-pay-but-would-go-to-Africa-on-a-whim-with-all-saved-up-money Hae-mi, like the cat that may or may not have existed, was a mysterious manifestation of a metaphor. She may have been just an energy.  She could have been absent in body, and the story would still pan out the same. Like the dance of hunger, she could be just an idea of the meaning of life. Or life itself. The life that would dance for people whose minds are too small to comprehend it, people who sooner or later would stop clapping to its beat. The life that a working-class man would unwittingly walk past, under-appreciate, or find perverse, but would be envious when a privileged man has it. The life that a rich and privileged man would senselessly kill, and despite his riches would resent seeing a poor man have. The life that despite the power and privilege or the lack of it, they would choose to kill, just out of sheer boredom. Lee Chang-dong has effectively used Hae-mi as a metaphor for life – the life that wants to explore and be explored, love and be loved, and the life that every character of the story, instead of cherishing, is wasting away.

Armchair Theorist. Writer. Empath. Punk on the Inside. read more... 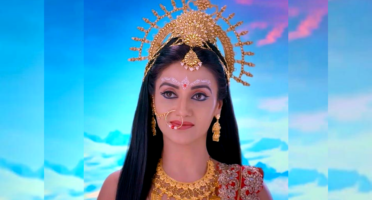 Why We Will Never See A Dark-Skinned Pārvati Or Draupadi On Screen!