Why Anu Aga Says, “I Am Completely At Peace With The Idea Of Death.”

Anu Aga turned into an entrepreneur amid personal crisis. She is the retired chairperson of energy and environment engineering firm, Thermax.

In life as well as business, there will be times when negative, perhaps unthinkable, situations arise, and we are forced to think fast and make our move, despite the pain we might be enduring personally.

Often, people in these situations fall victim to curling back up in there to avert further distress, by any means necessary. On the other hand, true leaders, go deep within themselves, resolve, accept the loss, dust themselves, and get right back into the game, sometimes with even greater vigour.

Here’s sharing the story of Anu Aga, who turned into an entrepreneur amid a personal crisis.  Anu Aga is the retired chairperson of energy and environment engineering firm, Thermax.

The company was started by her father. Her husband, Rohinton Aga, transformed it from a family-run, small business into a professionally run engineering organization of formidable repute. Later, Rohinton Aga died of a massive stroke.

Anu Aga had no time to grieve

However, Anu had no time to grieve. The board met in two days and suggested she be the chairperson. She wasn’t comfortable assuming this responsibility, as she kept feeling that it is the 62 per cent shares that she had that had given her this position, and not her merit. They had gone public a year earlier and their share was quoted at 7 times the issue price. Rohinton had done a superb job.

But then came the downturn. The company didn’t do well at all. Her executives kept saying that when the market was down, they’re bound to be affected & she went along with that until she got an anonymous letter.

I do not know about your finances, Mrs Aga

That was her wake-up call. Though they were a public limited company, it hadn’t dawned on her that she had a responsibility towards other stakeholders. Post that, Anu Aga started a full-scale reform, aided by Arun Maira of Boston Consulting Group. A series of tough decisions were required and she gave her best.

There was greater pain in store. Barely a year after Rohinton’s death, her mother-in-law & the family pet died. Later that year, while driving back from Bangalore after fixing a customer’s faulty boiler to regain a lost order, her son Kurush met with a fatal accident. Aga mourned for three weeks and returned to work.

How Thermax grew by leaps and bounds

Between 1996 and 2004, Thermax shed its unrelated investments in areas from software to drinking water, it dramatically reconstituted the board to bring in a fresh new perspective, and went on an enviable growth spree led by a fragile-looking woman in a male-dominated, engineering world.

So, where did she find her strength? In a Forbes interview, she acknowledged how meditation helped her heal through Vipassana(Vipassana is a form of meditation the Buddha taught, which requires complete silence).“In my deeply personal way, I learned to deal with death, and today, I am completely at peace with the idea of death.”

That is how her crisis ignited a sense of entrepreneurship within her. I would like to conclude by stating that my takeaway from her story is that pain is inevitable, but suffering is optional and that if we learn to channel our emotions properly, we could explore our potential on a different level. But before that, we must be at peace with our crisis. 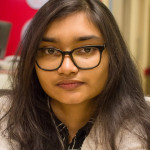