Now years later, standing here at her doorstep, I can imagine how hurt she must have been by Amma's rude behaviour. Brushing aside these troublesome thoughts, I press the doorbell.

Now years later, standing here at her doorstep, I can imagine how hurt she must have been by Amma’s rude behaviour. Brushing aside these troublesome thoughts, I press the doorbell.

As the taxi screeches to a halt, I poke my head outside the window trying to recollect the neighborhood I had visited some three decades back. However, to my utter disappointment, it looks as unfamiliar as any new city or a country. I sit back trying to calm my frayed nerves. Things have been happening way too fast, I need time to collect myself.

There’s a hint of impatience in the taxi driver’s voice. Rubbing my sweaty palms against the fine fabric of my kurti, I make his payment and alight.

There are only four houses in this part of the street. I approach them one by one until I come upon the name I have been looking for. Clutching the suitcase tightly in my hand, I push open the gate and stand staring at the red and white building. It looks familiar but much smaller than I remember. And well maintained too. For I distinctly remember being attracted by the vines that had taken complete possession of one side of the house then.

As I walk down the small distance to the main door, an image of a woman digging earth floats in front of my eyes. I see her looking up at me and suddenly breaking into a wide smile. She starts to hasten towards me but then strong hands grip my shoulders from behind.

“Why are you loitering outside? Come with me.” Amma’s stern voice and hand pulls at me.

I glance at her before turning away. She waves at me, her eyes glistening with unshed tears.

Now years later, standing here at her doorstep, I can imagine how hurt she must have been by Amma’s rude behaviour. Brushing aside these troublesome thoughts, I press the doorbell.

A maid opens the door. “Are you here for the funeral?” she asks.

“Well everyone is at the hospital. Do you mind waiting upstairs? I am cleaning the living room now.”

I heave a sigh of relief. I’m not ready to face the family yet. The narrow staircase leads me to a room which instantly brings back old memories. As I look around, I realise that this is where I had my one and only rendezvous with her!

I remember the occasion distinctly. Her husband had died all of a sudden, in a road crash. Babuji and Amma had come rushing. My nine year old mind, incapable of comprehending the gravity of the situation, had started getting restless. So I had taken myself off, wandering around the house and later climbing up the stairs.

As I peeked into the first room on the landing, I saw her. She was sitting on the bed, weeping silently. She looked up after a while for she might have realised my presence. I still remember the transformation her whole body underwent as she took stock of me.

First it was joy, then fear as she looked around frantically searching for anyone’s presence and lastly a tearful smile when she was finally convinced that we were indeed alone. She pulled me to her, running loving hands through my hair while simultaneously hugging, crying and kissing me.

We started talking then, most of which I don’t recall now. It is a strange thing about old conversations. Sometimes, you remember the pauses in between sentences more, the sighs, even the expressions, even if you cannot see them. At nine I was too young to decipher the reason behind her sorrow but now I can.

I slump onto the bed exhausted. Barely ten hours ago I was in my office immersed in a high end project work. Life turned upside down since Amma called, literally ordering me to leave everything and come home at the earliest.

“What happened Amma? Is everything alright?” I asked as soon as she opened the door.

Amma’s eyes looked red. Had she been crying?

“There is something you need to know,” she said to me. “But before I start, let me tell you that we love you. Irrespective of what you choose to think of us at the end, please believe that we never intended to hurt you or the others. ”

I looked at her in blank confusion while she took a deep breath and started.

“There are some particular days in your life that get etched in your memory forever. On the day I suffered my fifth miscarriage, my younger sister gave birth to her fourth child. So heartbroken was I that I kept weeping bitterly and didn’t visit her until after three months or so.

By then her life too had taken a drastic turn. Her husband had lost his job and taken to drinking. She, along with the children were reduced to living in penury.

It was then that I suddenly saw my last chance at embracing motherhood. In exchange for the eldest child, I offered her money. Needless to say, she refused at first but as the hunger cries of her children grew, she was forced to relent.

I promised her regular visits but soon I was forced to curtail them. For I realised it was a bad idea. Not only for the child but us mothers as well. Finally after your father died, I decided to sever all ties with her although I kept sending her the money that I had promised. It took care of the household expenses and children’s education. The last I heard, they were doing quite well.”

Here Amma stopped and looked straight into my eyes.

“Could you guess the child dear? Do you understand?”

My heart refused to believe what my mind was already screaming.

“Why are you telling me all this now?” I asked her in a surprisingly steady voice.

She sighed heavily. “That’s because your mother passed away this morning. You need to go. I’ve already packed..”

I didn’t hear the rest. Only the two words ‘your mother’ kept on reverberating in my mind.

“Bibiji! O bibiji! Are you asleep?”

I jump at the maid’s voice.

“They have brought the body. Come downstairs.” She informs before leaving.

With my heart pounding heavily in my chest, I make my way through the small crowd that has gathered in the living room. I look around anxiously. A man in his late twenties comes forward.

I gasp and look at him closely. Why, he is my splitting image! Soon, he is joined by a younger man and woman.

My brother and sister!

An affectionate warmth settles over me. Quietly, they guide me towards the frail body covered in white sheet on the ground. She looks different from the woman in my memory. Even in death her face seems sad, as if tormented by some unfinished business.

The word escapes my lips unthinkingly. And so does all my pent up emotions of the past few hours. A sharp pang of remorse hits followed by raging anger.  Remorse for not knowing the woman who gave birth to me and anger towards my parents for keeping everything hidden as well as robbing me of a childhood I could have easily spent in the company of my siblings.

“Let’s start preparing for her last rites beta.” An elderly uncle pats on my brother’s shoulder.

He shakes his head. “Not I but didi will perform it.”

His quiet statement puts an end to all my arguments.

I’ve finished performing all the rituals. We are now standing together, my siblings and I. Our gazes are fixed on the men pushing the trolley inside the electrical furnace.

A lone tear escapes my eyes as I imagine the ashes flying heavenward, taking the shape of a pretty smiling face.

Finally, Ma seems to be at peace. And so am I.

For in losing her, I’ve found my kin!

This story had been shortlisted for our November 2021 Muse of the Month short fiction contest.

The Horror Of Being A Woman In Afghanistan Today...

Even Now, It Gave Her Nightmares To Think Of What Could Have Happened To Her If... 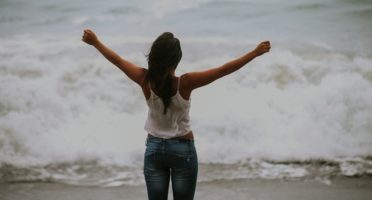