A poem about the wisdom of knowing when to hold on and when to let go!

A tiny rill was once born

On the cliff of a mountain high

Which towered up with craggy peaks

And reached up to the sky

The rill began its descent downward

As it was meant to do

And as it trudged its rocky path

Lo behold, it grew and grew

First a rill and then a brook

Soon it became a stream

It raced away from where it was born

All to chase a dream

The mountain watched it grow apace

Its crags suffering many a mighty blow

It stopped the clouds with its tall peaks

So the stream with the rain could grow

At last the stream reached the plain

Now a river with a path to make

The mountain knew it would never be back

Its heart beginning to break

The river now had a single goal

To find the sea wide and blue

Far behind, the mountain watched

All its dreams come true

The river found its sea at last

And was lost in its embrace

‘Go my child “, smiled the mountain green ‘May you be blest with God`s grace

“No longer can I keep pace with you.  You have grown long and wide From afar though I rejoice in you Your very being is my pride”

I asked the mountain, “ Does it hurt To let your little rill go?”

“Children have to find themselves”, it smiled

Its tears beginning to flow

WISDOM LIES NOT IN HOLDING ON BUT KNOWING WHEN TO LET GO. 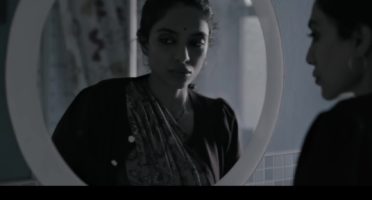 The Ghost That Finally Revealed Itself!