While I look forward to going home, this journey has become one of the most horrifying when it comes to controlling the urge to urinate and sit motionless all the way through. A fortnightly ritual to bear with this just because I am a woman.

While the privileged beings called ‘men’ enjoy the heavenly convenience of relieving themselves in the open whenever needed. Who cares about the women, anyway!

Where and how to go to pee, is the question

This time, I boarded my usual bus from the Swargate Bus Stop, Pune at around 10:30 PM. At around 1:00 AM, some men felt an urgent need to relieve themselves. The driver obliged and immediately stopped the bus for them. Many men got down. They shamelessly lined up just by the side of the bus and peed on the other side of the road.

I had to draw the curtains to avoid myself from seeing them and envying the freedom men enjoy for such a basic and uncontrollable human need. I too wanted to get down and go somewhere, a little far away from the bus. But dare I? All the men were flocking around near the bus. I resisted. I closed my eyes and wished the bus had the speed of an airplane!

Soon, the relieved men started boarding the bus. Suddenly, a lady came up to the conductor and requested, “Bhaiya hamare liye bhi kisi hotel-wotel par rok do. Meri bacchiyon aur diabetic sasu maa ko bhi bathroom jana hai.” (Brother, please take a toilet break for the women too at some hotel. I have my daughters and a diabetic mother-in-law to get to the toilet.)

At this, the baniyan-clad conductor got furious and dictated in an authoritative tone- “Tum logon ki wajah se hi bus late ho jati hai. Ab bus kahin rukegi nahin. Jis kisi bhi mahila ko urgent hai, yahin khulle mein utar ke kar lo. Nahin toh ab bus subeh destination par jakar hi rukegi” (It’s because of you ladies that the bus gets late. Now the bus won’t stop anywhere. If any woman needs to go for peeing urgently, get down here only and do it in open. The bus won’t stop anywhere except at the destination in the morning).

Why should we control it till morning? Don’t women also need to go and pee?

That was around 1:00 AM at night! And the destination was still some six hours away! Imagine the horror! Moreover, how could a male conductor of the overnight travel bus get the right to dictate to the women whether they can empty their bladders or not? The audacity!

Another lady, on hearing the dictum of the conductor, barged in front of him from one of the rear seats and yelled, “Sun idhar tu..tu apni maan behen ko bolega aisa kabhi kya ki jakar khulle mein kar lein. Hum kyu subeh tak control karein, humein nahin jaroorat kya bathroom jane ki? Jab mard log susu kar rahe the tab bus kyu late nahin hui. Ladies logon ko janey ka hai toh bus late hone lagi. Chupchap aage kisi hotel ya petrol pump par rok warna hum bus badhne hi nahin denge!” (Listen you…man. Will you ever ask your mother or sister to go out in open like this? Why should we control it till morning? Don’t women also need to go and pee? It wasn’t getting late when all men were peeing, but somehow it will suddenly start getting late if women get down at some toilet to pee. Don’t you dare say anything more… you just stop somewhere at a petrol pump or hotel, otherwise we won’t let the bus proceed.)

Empowered by this small rebellion of one woman, many of us women also joined in- “Haan, rokna hi padega!” “Aise kaise chalega!”. “Humko bhi lagti hai!”. “Mala pan jaiche aahe!” “Kahi hotel var thamba tumi!” (Yes. You’ll have to stop. This is not Ok. We too need to go pee. Stop at some hotel somewhere)

Finally, the bus driver had to stop at some petrol pump. I was the first one to get down as I was sitting in front. I immediately rushed to the loo while others queued up. Everyone relieved themselves one by one. After all of us were relieved, we giggled our way back to the bus, celebrating our small victory!

Thanks to that one courageous lady who fought for such a basic human need for ladies! If only the men could acknowledge that we women are humans too. Sigh! 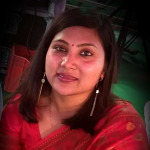 View All
Everything You Need To Know About Workplace Sexual Harassment And POSH Act
मेंस्ट्रुअल कप या क्लॉथ पैड क्या बेहतर है और कैसे इस्तेमाल करें?
Why Do Indian Women Miss To Pick Up Breast Cancer Early - Dr. Sharat Chandra Goteti Explains
How To Become A Data Scientist In India
Divorce Rights For Married Women In India - Legal Rights 101 With YourInstaLawyer
No More Guilt: Exploring The Ways In Which You Can Shed Mother's Guilt
Travel

A solo travelling mom unravels what it means to be alone during a journey, and how solo travel has actually helped her not be alone!

A solo travelling mom unravels what it means to be alone during a journey, and how solo travel has actually helped her not be alone!

Never in my life have I considered solo travels to be a yardstick of how ‘alone’ I can be. I just think of it as how well I can ‘manage’ things. Solitude cannot be confused with ‘alone’. Every time I post my trip’s blog or pictures, I get lots of love for sure. But, at times I get hurtful messages as well – which can be loosely interpreted as I am destined to be alone.

Over time, I got used to it and have never really cared to explain. But, I feel I am obliged to clear certain misconceptions around the A-word for some reason which I will come to later.

Born in an urban Dalit family, my experiences of traveling alone to places have formed a world view about Dalit women, mobility and empowerment. Here's my story of travelling by myself.

Born in an urban Dalit family, my experiences of traveling alone to places have formed a world view about Dalit women, mobility and empowerment. Here’s my story of travelling by myself.

Brought up in a lower middle class family, I had to try hard to fund my trips. There was a joy when I started to save up for traveling since I was investing in grooming and exploring myself. Even today, my family assumes that only those of the privileged/dominant class and caste can afford the luxury of traveling. Their opinion might be true since their realities are deeply rooted in their hardship. My father is an auto driver and mother a house-keeping staff member. Obviously, their wish to have a dignified and comfortable life in a metropolitan city is more important than my love of travel.

After placing myself in their shoes I figured out my own ways to travel. In the process of this self-discovering journey, I visited some places and am still in the quest to travel the world to have a broader worldview.