As Her Husband Left For Work, Preet Hopped On Her Yellow Vespa For A Few Hours Of Freedom!

Preet would have her little rendezvous with the city taking the vespa around India Gate, her hair flying through the helmet!

Preet wakes up in the wee hours of the morning. Her routine is fixed, opening the door for the milkman, boiling the tea for her husband and two working sons. Her crisp saree shuffling as she walks around her middle-class bearing, gathering the tiffins for all four of them, calling out to each of the men as she reiterates, they will be late.

Her husband and her sons take their car, the youngest dropping the other two on his way.

After this routine, for Preet, her Vespa would become a source of liberation. Every day, she would take the scooty and enjoy her few hours of freedom!

She rode the Vespa to the lush green gardens around India Gate. She felt proud of herself. Her smile widened as she sat on the grass and wiped her tiffin clean. Not even the sun could jar her spirits.

She was a bird free from responsibilities. Even though she was not a working woman, she felt this sense of  independence.

Her little rendezvous with the city ended every evening, her hair flying through her helmet as she manoeuvred through the traffic, the little headlight paving her way.

The bustling city engulfed her in its enormity and she was anonymous, free from any tags or roles till she crossed the threshold of her house. The moment she did in fact enter, her first instinct was to keep the change she collected in the bowl beside the door, her keys in tow.

Kantibai, her maid, rang the bell after two minutes, and while Preet explained what had to be done, she tied her hair into a bun — it was time to collect herself and take on her house roles.

Once her family returned, they would chatter about the office, but her day remained a secret. Every time they looked at her, she had an odd smile on her face, even when she served the food.

Her sons would silently leave out some loose change for her so that her affair with the city continued. She never feared being caught but sneaking out appealed to her.

It felt like she was stealing a few moments from the day just to be herself.

The minute the food was eaten, she began the rest of her chores, hollering at the men to tell what they’d like for food the next day. 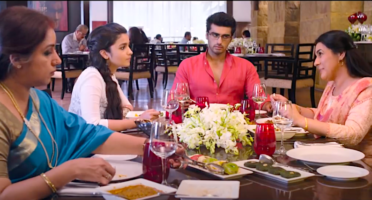 I Lost My Sense Of Taste To COVID; Tori, Paneer, Pasta, Pizza All Taste The Same, Tasteless 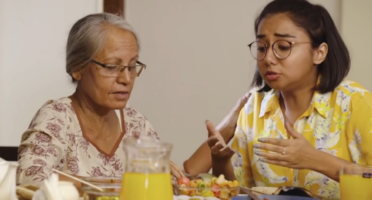