Short film Siblings on YouTube on the occasion of Raksha Bandhan seems to move with the times, showing the sister as the 'protector', but still panders to a ton of stereotypes that makes one cringe.

Short film Siblings on YouTube on the occasion of Raksha Bandhan seems to move with the times, showing the sister as the ‘protector’, but still panders to a ton of stereotypes that makes one cringe.

Raksha bandhan; a bond of protection — there are multiple tales but they all turn in the same direction, that the rakhi ties the siblings together.

While quintessentially raksha bandhan has been a brother and sister festival, now it applies to all, for good. In the end, no matter who protects, it’s the sibling bond that gets stronger with that tie.

‘Siblings’ by YouTube channel Content Ka Keeda is one such short film. It is the story of a brother and sister, portrayed by Rohit Aggarwal and Arsheen Naamdaar.

The brother sister bond story feels sweet, relatable, and something that we have grown up watching either in real life or on the screen. Nevertheless, there are certain parts that irk you just for the same toxic stereotypes that we grew up with.

‘A woman is the root of all problems at home’

The first thing that struck me was that Shruti, the brother’s girlfriend, has an ominous presence throughout the short. Shruti is portrayed as an unreasonable and selfish woman who doesn’t care about the relationship itself, and only wants time, attention and money from her boyfriend.

It Took Me Years To Realise That When I Had My Sister I Didn’t Really Need A Brother! While I agree that women are human and they can be as evil or as good as other people, this particular stereotype emerges from a patriarchal thought process that states women are home-breakers, especially if they are not chosen by the family.

The way Aarushi thinks of her brother and how he deserves something better in his relationship is cute, but this is problematic as well, as it panders to the ‘Pyar Ka Punchnama’ tropes.

We have been watching these stories for a long time now. The world is changing. Shouldn’t we change and challenge the screen narratives as well?

Why is only the sister in charge of food and everything else?

Because we are advocating on behalf of a feminist narrative, here’s something else I would like to draw your attention to.

In the entire short film, Aarushi and her brother’s mother only calls the Aarushi to check on them – have you eaten, has this been done, have you tied the rakhi,… never the brother. It is as if he has no responsibility for the home. And as if it is only on the girls or women of the family, to take care of the home, the kitchen, and the men.

Yes, traditionally, it has been the men who stepped out to earn, and have been generally mollycoddled by the women, to the extent that is just cringeworthy. It’s not caring. An attitude like this makes the men of your family not emotionally supportive, because they are always looking for support, never providing one.

The reason for fight with the girlfriend

Another thing that strikes you in this short is that while we are well aware of how worried Aarushi’s brother is because of his fight with Shruti, we don’t know the reason behind it. And the reason is always important because it defines the actions. Otherwise, those reactions will always seem unreasonable to the third party, especially to a school kid, a teenager like Aarushi, who can only see that her brother is not happy. Our fights make greater noise than our love.

Yes, Shruti was portrayed to be unreasonable, but sometimes when two people in a relationship fight, there are reasons only known to them, and unreasonableness can be a symptom. The whole fight, and the solution leading to a breakup that purportedly is because of a third person, all seem unidimensional.

Yes, Aarushi is a kid, but you are an adult. So watch it to enjoy, it but also keep your senses wide open to perceive what’s wrong. Conditioning is a powerful drug. Rakshabandhan is a sweet festival. Enjoy it, but educate yourselves as well as you think about the content that we watch. 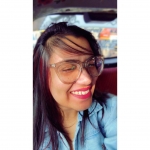 A Message For My Daughter On This Raksha Bandhan Day: The Hero Lies In You!

In my life I've never gone to my father, brothers, or my husband asking for protection and help even though they are more than ready to come forward to do so.

In my life I’ve never gone to my father, brothers, or my husband asking for protection and help even though they are more than ready to come forward to do so.

I was a feminist even before I knew what the word meant.

If my parents asked me to do any chores, I would insist my younger twin brothers did the same. I was not going to do anything that they were exempt from. As young as I can remember, I was a feminist. A born feminist. It’s in my genes.