Men Are Raped Too, But Apparently Not, According To Indian Rape Laws

Indian rape laws need to accept the social reality that men and trans persons are raped too, and need a way for redressal.

Indian rape laws need to accept the social reality that men and trans persons are raped too, and need a way for redressal.

I chanced upon this case of two male friends raping an 18-year-old boy, who then died by committing suicide. The matter was reported to the police, and the case was registered as ‘unnatural sex’. All the more, the boy couldn’t take what happened and was found hanging from the ceiling.

The story is a cruel awakening to the fact that patriarchy and rape culture doesn’t only affect women but all genders. What worse is that Indian law doesn’t even acknowledge men as victims of rape.

Toxic masculinity that harms men too

The boy being not able to deal with what happened also raises concerns against the taboo that exists in our society against men from showing normal human emotions.

This is toxic masculinity, that sets some unrealistic demands on men, and forces them to present themselves always as ‘alpha males’. This is concerning because they eventually grow up not knowing how to deal with their feelings or emotions.

The consequences of this are far more devastating when issues like depression come creeping in. What good is a law that can’t punish those who break it? 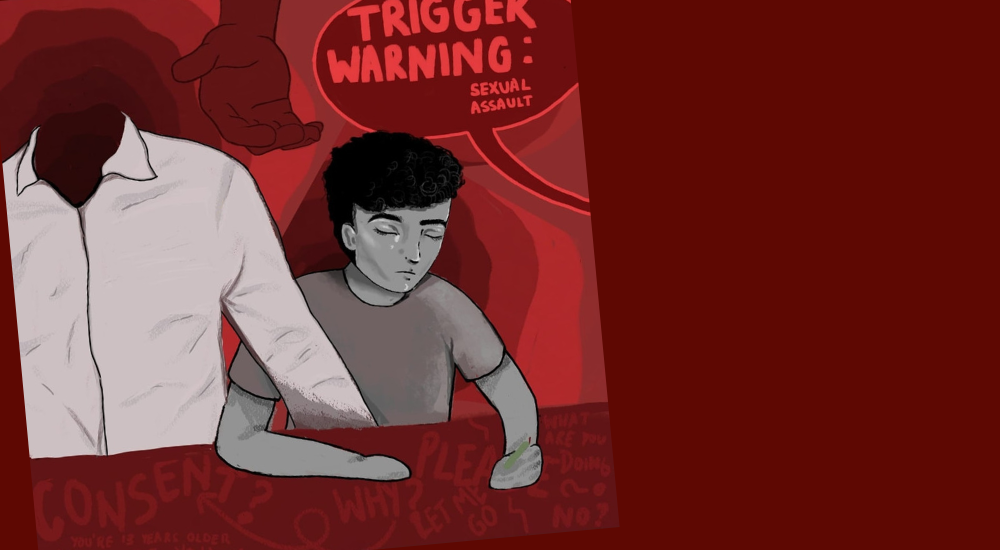 We say that our Indian society has ‘modernized’ since independence. But did we in an actual sense?

The concept of modernization is in itself a broad spectrum rather than perceiving it as a single line. We are still not rational towards such social evils and our judgement in these often gets clouded with traditional mainstream thought patterns.

Men are raped too, but not under our laws

Society is almost united in its opinion that men can’t be raped. Sexual violence against men is still a concept that hasn’t found any buyers. Whenever a man is sexually violated, he is often dismissed as ‘unmanly’ not only by society in general but even by himself.

This all is because of some conventional thought patterns which are so deep-rooted that they don’t empower men to be soft. Moreover, there is this stereotypical concept surrounding us, that a man always enjoys sex. Not surprisingly, in a patriarchal society like ours, Section 375 of the Indian Penal Code, clearly states that rape is something that only a man can do to a woman and the idea that men can be sodomised but not raped. The law does not lay out any difference between consensual and non-consensual sex between male adults.

It is high time that our society starts accepting the reality that another man or a woman can inflict sexual violence on a man. It has been long since anyone has challenged social and stereotypical constructs.

Rape law must recognize male and transgender victimization too. These laws were actually brought in to act as a catalyst for an equal society. It would definitely be a social failure if we deny the sheer existence of rape and sexual offences against other genders.

Moreover, it’s disheartening that that even if we talk about the amendment in the laws, it actually takes years for it to actually happen.

It is our responsibility to help rekindle a society that is conducive for male victims to discuss their sticky situation without them feeling any remorse about it.

Sophiya is a third year student doing her Economics majors from Delhi Technological University. She strongly believes that calling yourself a feminist is courageous and as important. read more...

Entitled Men Will Continue With Gender Based Violence With Impunity Until…

Present-day masculinist, gender based violence in India is an outcome of the preservation and reproduction of hegemonic patriarchal social institutions such as the Indian family, the judicial system, the media, educational institutions etc.

Almost nine years have passed since Nirbhaya was brutally gang-raped in a moving bus in India’s national capital. It’s been a little over a year since a doctor was gang-raped and murdered in Hyderabad. And, four months have passed since a 19-year-old Dalit girl met a similar fate in Hathras, Uttar Pradesh. Yet, nothing has changed.