Why Is The Voice Of Muslim Women Not Heard In Discussions Trying To ‘Rescue’ Them?

Recently, I happened to be a part of a clubhouse discussion with most of the audience concerned with the ‘freedom of Muslim women in the 21st century’. The discussion was a sequel of another discussion that had happened the previous night, with a number of speakers who were Muslim men.

This time, the discussion turned out to be a projection of two opposite parties’ ideas that explored the magnitude of freedom obtained or to be obtained by Muslim women as a whole.

Did the discussion address the real issue?

I appreciate the liberal views about a woman’s right and absence of choice in an attempt to wake Muslim women up from blindly trusting the conservative approach to make a rule book about their freedom. But the lack of representation of women, who are Muslims, made the talk move in circles rather than having an actual discussion.

When a complex idea that comprises two powerful terms like ‘Muslim’ and ‘Women’ is explored, unless they are included in the discussion, it just polarises people, neglecting to address the actual issues.

I’ll tell you how. 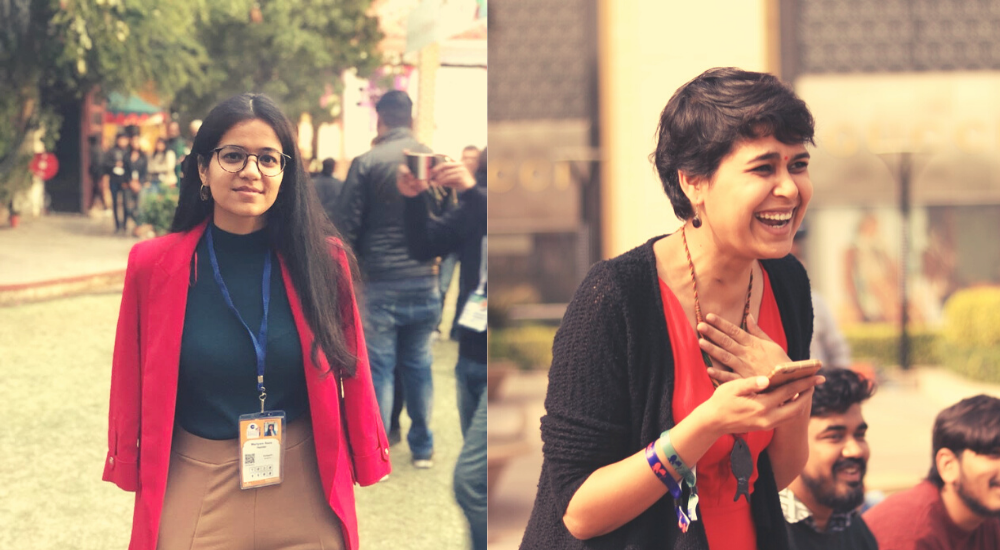 Muslim women don’t need ‘protection’; we need to have our voice heard

A benevolent sexist approach that states ‘women should be protected inside the religion’ is of course concerned about women.

A more radical feminist approach that tries to free the ‘tied up’ women seems like another version of the former, in a slightly progressive way.

Left with no choice, and no voice is the diverse population of Muslim Women who ‘choose’ to wear or not wear a scarf, sit inside their home or not, or perform or not the five daily prayers. While feminism is all about having our own voices, a Muslim feminist seems like a paradox, taking a conservative and liberal approach hand in hand.

Faith is personal, so stop dictating us

Choosing one’s own faith is a right, when choosing a religion is not in most of the cases. While religion is an institution, faith can be personal and can make an impact on individual politics.

While trying to speak for a particular set of people, especially inside a community, ‘freedom of choice and voice’ should take a primary seat rather than the generic principles or notions.

It further varies when you start to consider the variance in opinions and contexts from inside the same group. Just like shades of greys are often neglected while projecting black or white as the right thing!

The Hijab Can Only Be A “Choice” If Women In Iran Are Also Given It!

The hijab is considered a 'choice' in most of the west, and celebrated as such. But is it really a choice until it is mandatory for Muslim women in many other parts of the world?

The hijab is considered a ‘choice’ in most of the west, and celebrated as such. But is it really a choice until it is mandatory for Muslim women in many other parts of the world?

Since a recent discussion on Facebook (or many that have happened) in this context, divided a lot of my fellow sisters there upon the Hijab as a choice, allow me to put up a few words.

Understandably, there was jubilation among Muslim women. Not just them, progressive Muslim men too found it cause for celebration, as did other progressive men and women from all other sections of Indian society. (Let us gloss over the cheer among the Hindu Right, who were just happy that the Supreme Court had rapped the Muslim community on its knuckles. Their cheer and specious concern doesn’t merit discussion.)