The music slowed, and we were left on the dance floor. He gestured to the band to leave the hall. The troupe left leaving behind a waft of silence and solitude for us.

“Come,” he said as he escorted me to take a closer look at the gallery.

The walls wore an off-white tone but adorned some blazing artwork. Each painting had an intense tale to unravel. The well-defined strokes and the bright usage of colours had the power to uplift anybody’s mood. A particular portrait drew my unbroken attention. It was of a woman. She looked no less than a princess. Even the exquisite diamond neckpiece that she wore looked ordinary in front of her charm.

Chris caught me admiring it.

“That’s my mother. I lost her two years back.” 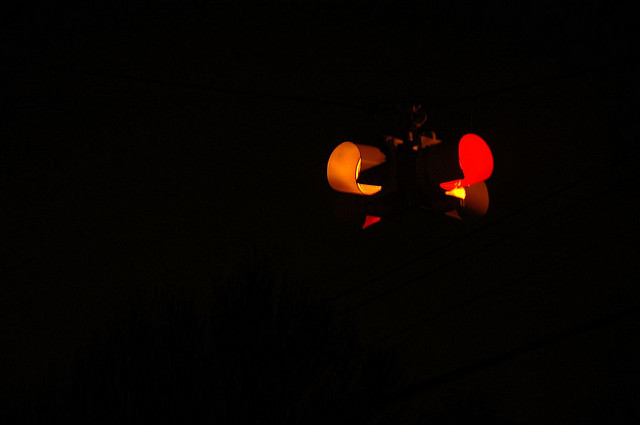 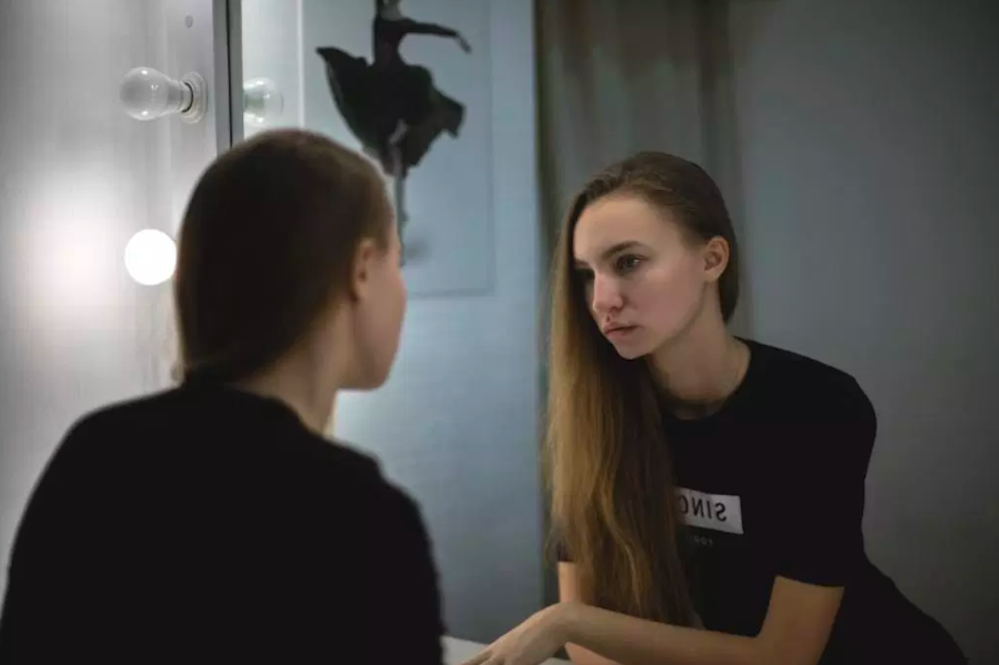 “You have an exclusive collection of paintings.” I attempted to cheer him up.

“You won’t believe it, if I say, these are my work, will you?” He was back to his cheerful self.

I stood there agape for a while.

“Really!” My gaze widened in disbelief.

He grinned and turned towards me.

“Very few are allowed to enter this den. It’s for people who have a special place in my heart.”

He came closer. I admired his striking features. He had taken after his mother.

My plump cheeks turned beetroot red as I felt his deep brown eyes all over mine. Today, he refused to see me as his secretary and I overlooked his professional superiority. His soft sinewy fingers stroked my chiselled jawline, tenderly raising my heartbeat by a few notches.

He took me in his strong and brawny arms and gripped me tighter. I tried holding myself to the ground when the heel of my teal blue stiletto cracked. The echo of its screech filled up the majestic hall.

He held me closer and leaned forward to brush his lips on mine. A gentle move that in no time turned into a passionate lip-lock.

An unexpected ardour filled up my senses as I met a new shade of my feminine side. How I wished the time to stop and the night to stay and his touch to last an infinity.

It took me some moments to open my eyes after his thick well rounded juicy lips deserted mine, leaving me desiring for more. My gaze met the skylight of the palatial mansion and appreciated its beauty. A thousand stars dazzled and danced under the warmth of the full moon. At the far end of the corner, the bronze statue of Cupid shimmered under the moonlight’s spell.

“Shall we take a walk in the garden?” he whispered in my ears. I agreed.

I took off my stilettos and began walking on my toes to match his towering persona. He suppressed his laughter and to my utter surprise picked me up and carried me like a newlywed bride. The mild fragrance of his aftershave let my heart do a quick waltz.

In a moment we were in his posh garden. The well-primed plants danced and swayed to the tune of the gentle wind. The earthy redolence of the chrysanthemum that hung in the air had a mesmerizing effect on us. The backyard housed a massive pool. The pool glowed even more, as the wind created ripples on the water.

“Oops! I’m sorry.” I apologized as I found my red lipstick smudging his white cotton shirt.

“Shh! Don’t be.” He chuckled and gave me that look that had the potency to stir up my amorous desires.

I gently slid myself away from his hold as I was overwhelmed with the guilt of concealing my past from Chris.

He held my hand and asked me to take two steps forward. I did that.

“Perfect,” he appreciated my cooperation.

I stood puzzled for a while only to realise later that he had bought me right to the centre of the garden. The full moon cast its brightest beam on us. I blushed on realising the attention I received from him.

“Stop!” I started to walk away from him.

“I’m sorry, Chris, you don’t know anything about my past.”

“Does it matter now?” He tried to calm me down.

“I love you Angela and I want to share my present and future with you. I want to grow old with you. Am I asking too much?”

My eyes welled up and my voice choked and I looked away from him.

It took me a while before I regained my composure. When I turned back, I found him still waiting eagerly for my response.

“I had an alcohol problem. I was in rehab for a year.” I revealed. “It was a tough phase. But I got over it with grit.”

He was listening patiently without interrupting me and so I continued.

“I’m my parents only child. They are growing old and need my support. Now, tell me; will the Business Tycoon, Mr Chris Dixon accept me with my flawed past and present responsibilities?” I questioned him with a questioning mind.

Chris came nearer. Again took my hand in his, went over his knees and said, “Angela, my love, I accept you as you are with all your responsibilities but I have a confession to make.”

“What?” I asked, still having two minds about him.

“Friends say, I have a snoring problem which I have always dismissed. ”

My eyes popped out of my head on hearing his confession.

I couldn’t help laughing and he joined me in the act. The sound of our cackle filled up the ambience.

I finally knew I had found my Mr Right.

Image source: a still from the film Manmarziyaan 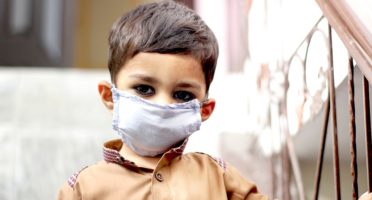 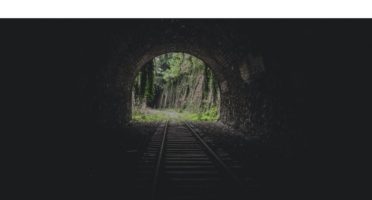 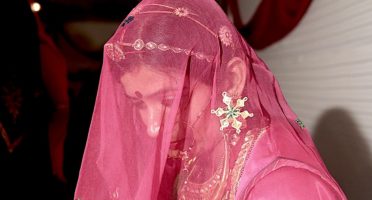 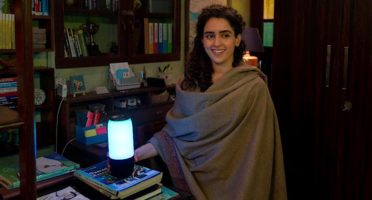 Was Seeta a dutiful wife who accepted the Agnipariksha as her husband's rightful test? In this alternative Ramayana, Seeta begins to question everything she thought was true. 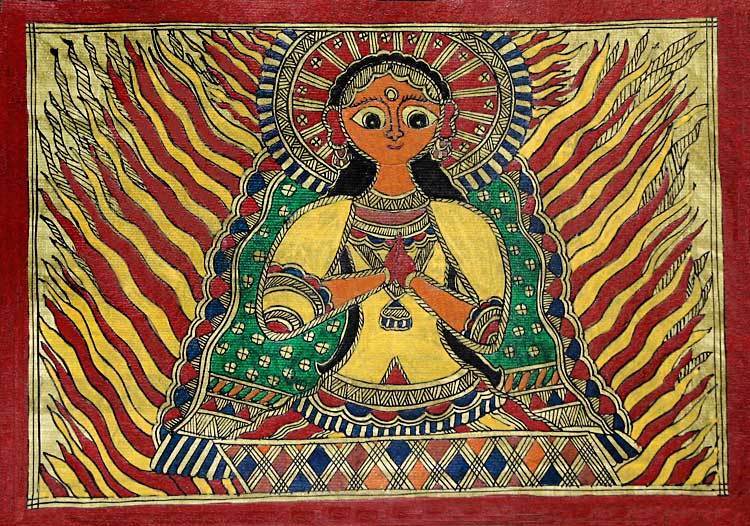 Was Seeta a dutiful wife who accepted the Agnipariksha as her husband’s rightful test? In this alternative Ramayana, Seeta begins to question everything she thought was true.

I was asked to dress up so that I could meet my king as a queen does. But all I wanted to do was meet my friend. To run into his arms and to be told that all was well. I wanted to hold him and let him know that things would be fine now. And he need not worry about me anymore.

“You go willingly to a strange place with a boy and then cry that you have been raped? Huh?” the man behind the desk asked. “What did you expect? You went there looking for sex, right?”

“You go willingly to a strange place with a boy and then cry that you have been raped? Huh?” the man behind the desk asked. “What did you expect? You went there looking for sex, right?”

2019 is the year in which our beloved writing contest, Muse of the Month gets bigger and better (find out how here) and also takes the cue from the words of women who inspire with their poetry. The writing cue for January 2019 is these lines from the inspiring African-American writer Maya Angelou, taken from her poem, Phenomenal Woman.