She got down her cab and entered the lobby of the hotel. She walked into her room, placed her luggage on the rack and checked the bathroom for hot water. This has been her routine for almost 2 years now. She is the Zonal head of a leading retail chain in the company that has more than 1000 stores in the state and regular travel has been a part of her life.

She sat on her bed and opened her laptop when her phone started ringing. It was her Mom calling.

“Haan Maa, I reached just a while ago.” She said without even saying hello. She knew that was all her mom wanted to know.

“Ok Swati! Good night.” Her mom replied when suddenly Shlok her 10yr old grandson snatched the phone and said, “Ma, when are you going to be back? I have been selected for my school football team. They are asking the parents to come on Friday and meet our sports teacher.”

Swati smiled. But she knew she can’t be home this Friday, so she gently tried to explain it to her son, “Shlok!! That’s such great news. I am very happy for you. You worked so hard for it. But Babu I am coming home on Saturday. I will call up your sports teacher and explain it to him. If he insists then maybe your grandmother or your uncle can go and meet your teacher. Ok?”

Shlok just listened to her quietly without saying a word. Swati could sense the disappointment in Shlok. “Shlok, when I come home we can go to buy you the football shoes you have been asking for!” said Swati trying to cheer him up.

Shlok just mumbled. “Ok mom” and handed over the phone to his grandma and left. Swati felt a little guilty after the call with her son. It always made her feel like she was not a good mother for not being there for him in his growing years.

She shut her laptop and lied down as she could not focus on her work anymore. Swati remembered the day she was offered the role of a store supervisor with this retailer and how happy and proud she felt of herself.  Her parents were equally excited because now they knew that she was eligible for decent marriage proposals. That was one of the reasons why Swati’s parents let her work. As expected, Swati was married off the same year to a stock trader who owned a brokerage firm. The first 2 years of her marriage was like a fairy tale with holidays, surprise dinners, furniture shopping for their new home, etc.

But then came the recession of 2008 which changed everything. Swati’s husband suffered heavy losses and eventually his firm had to shut down. This took a toll on their marriage. No matter how much Swati tried to motivate him, it was of no use. He refused to step out of his house.  When Swati got pregnant, she was scared to even share the news. But when she did, he didn’t say anything for a few seconds and tears welled up in his eyes when he finally said, “This is the best news I have heard in a long time.”

Swati felt relieved and hugged him tight. The next few months were spent in her husband looking for jobs, attending interviews and facing rejections. This continued for so long that he stopped trying. Swati was now a mother of a 5 month old Shlok when she had to resume her work after her maternity leave.

It was her first day at work after a long time. Her mind kept wandering to her husband and son at home. She finished a few formalities and left for her home. When she reached her house, she could hear her son wailing. Hurriedly, she opened the door to see her son crying in his crib while her husband was hanging to a ceiling fan. She was shocked. She thought it was some nightmare from which she would wake up. The constant crying of her son made her realize that this was reality. She picked him up, went to the kitchen and fed him milk. She could not cry that day. She was angry that her partner did not care for her or their child.

The memory of that day still bought tears to Swati’s eyes. She shut her eyes and went off to sleep. Next morning she woke up and finished her breakfast when the driver was already waiting for her outside the hotel. She hadn’t prepared for the presentation at the store today but she knew exactly what she would be saying. It was Women’s Day and the management had requested her to give a motivational speech to the female staff in their store.

Swati looked at each one of their faces and continued,

“Coming from a middle class orthodox family, I have always considered myself lucky that my parents let me complete my education and take up a job. But it came with it’s own set of terms and conditions. I had to be back home on time everyday. I wasn’t too close with the people at work for these very reasons. They would all make plans to go out somewhere after work. To decompress, they called it. To have fun. I had to come back home so that my parents didn’t worry about anything untoward happening to me. But it was more to satisfy the wagging tongues of the many aunties in the family who were appalled that my parents were ‘letting me work’ instead of getting me married.”

She paused to see smiles on the faces of the women there. They understood what it was like. She continued.

“This continued post marriage where I was always expected to take leaves and give priority to social and domestic engagements. If required I was expected to quit my job if it didn’t suit my husband and his family’s requirements. Never once did I complain about these rules but in my mind I know how hard I tried to keep my job. I lost many chances of being promoted or getting into the inner circle because I could never prioritize socializing with colleagues over spending time with family members. I have seen many ups and downs in my life. I lost my husband. I had to leave my son with my mother and brother’s family only so that I could provide him financial security. But you know what?” She paused again to drink water and saw the curious look on the face of her audience.

With moist eyes and strength in her voice she said, “My career has been my true partner. It has helped me build my confidence, it gave me the strength to fight. Most importantly, it was with me when I was all alone. I request each one of you to never give up your career, do the best you can in your job and see the difference it brings in you.” She ended her speech with loud applause from the audience.

This story was shortlisted for the March Muse of the Month short fiction contest.

Image source: a still from the film Aamhi Doghi 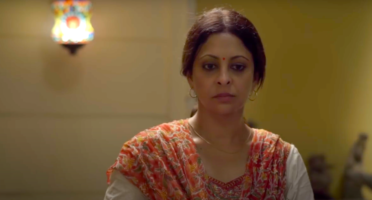 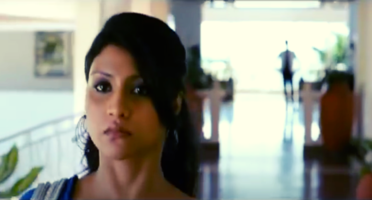 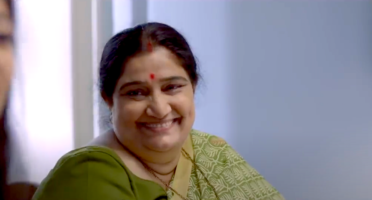 Getting To Know My Mother In Law, Just Another Mother Like Me...