I conceived after 7 years of marriage. While that could be shocking for some, in the world that we live in, with women voicing their opinion about motherhood as a choice, there seems to be an attempt to change perceptions. But I feel, the truth is far from it and in my own world, I did not feel people understood that.

From not getting invited to birthday parties, to being considered invisible when people discuss about their children, I felt excluded by the society. Even when the world seem to have evolved so much I don’t think we are still ready to accept women who are childless.

A few days ago I came across a term ‘childfree’. I find that term more appropriate, as the former somehow makes you feel deprived or cursed.

We are desi, we believe in shaming or asking embarrassing questions

Motherhood is definitely a blessing. Problem arises when people use that as a yardstick to measure the quality of our lives. Being a childless couple makes you some sort of a wild or free spirit in a demeaning way. You appear different, your lives are looked at closely at every event with a magnifying lens to understand what might be the problem.

Some people keep these questions to themselves, while others tend to embarrass you where you are made to feel that you are in a court room and the lawyer is crushing you with very personal questions. People and their curiosity knows no bounds. And for me, this mostly came from women itself.

Let us support other women instead of pulling them down?

I have seen the saree challenge and the black and white challenge, both played as a way to be the new way of women supporting other women. I do not mean to be condescending with the people who played that challenge but the point is, are we anywhere close to understanding people with empathy?

The situation got so depressing that often I would look for people who were like me. I started to kind of curl up like a snail. I kept my introductions to new people, minimal. Because that moment wouldn’t be far when they would know that I don’t have a child, and the next question that follows would be, how many years of marriage?

I had never imagined that answering this simple question could be painful. Attending any event or meeting people felt like an excruciating pain in the ass. It was one topic that made me vulnerable.

Even our parents weren’t spared the barbs

To add to this, what’s even more interesting is, not even our parents are spared from it. Even they go through a harrowing experience and have to lower their heads for the ‘doings’ of their children. They are offered advice, prodded to know about the problem, and sometimes judgements are passed about the kind of children they have.

The ridiculous part of all this is, my husband and I never felt the way people often perceived us. We were very happy the way we were. 7 years meant travelling often, sleeping as much. Time made us understand each other a lot better. But somehow the world wouldn’t budge. It tried to keep hammering it’s nails trying to anchor us.

Oh, and being taken for granted because – ‘you’re free only!’

Needless to mention, the way you and your time is taken for granted because being childless means no responsibilities. It’s like a board hanging from your forehead that has ‘available 24*7’ written on it. And all others are ‘busy’. If they give you time, that’s because they made it out for you from their busy schedule.

I would also like to remember a handful of people who were able to see me beyond my ‘assumed’ incapacities and included me, loved me, for who I am. I thrived in these years only because of them.

I am not saying that these are the cardinal truths about the way life could be if you are childless. Its just that each of our experiences are different. And mine is one such, talking about which still brings tears. My experiences made me stronger and has instilled a sense of empathy where I can feel others pain. And I consider that as one of my greatest blessings because now I know there aren’t many like me. Also a gentle reminder to all the women who go through this, that you are not alone. 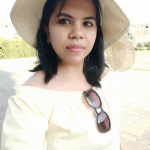 Having A Baby Or Not – Will Society Keep Its Big Nose Out Of A Personal Decision?

Why I Think The Motherhood Challenge Should Not Have Hurt Anyone