Women are expected to 'forgive' a man who slips up because he had a 'moment of weakness', but can a woman do the same in our society, and will it be similarly 'forgiven'?

Women are expected to ‘forgive’ a man who slips up because he had a ‘moment of weakness’, but can a woman do the same in our society, and will it be similarly ‘forgiven’?

Translated from the original in Tamil by lavanyad.

Recently, famous Tamizh director Bharathiraja said in an interview to a famous Tamizh weekly: “I have made some mistakes; Under the spell of dusk, I have fallen off the path some. I think it is an artist’s weakness. My wife waited with quiet confidence and patience in the comfort of the knowledge that ‘I will return to her anyhow’. Now, the life I’m living with my wife is one of love…of sheer poetry! The wife, in becoming my friend, endows her benediction!”

Upon reading it, I smiled a little. And frowned a lot. And of course, more than a few questions rose in my mind.

What is this ‘artists’s weakness’ they hide behind?

First question, of course, was, could his wife say the same? And had she said it, how would this society have judged the woman?

Next, what is ‘artist’s weakness’? Is there a rule that states that an artist should not be faithful to his wife? 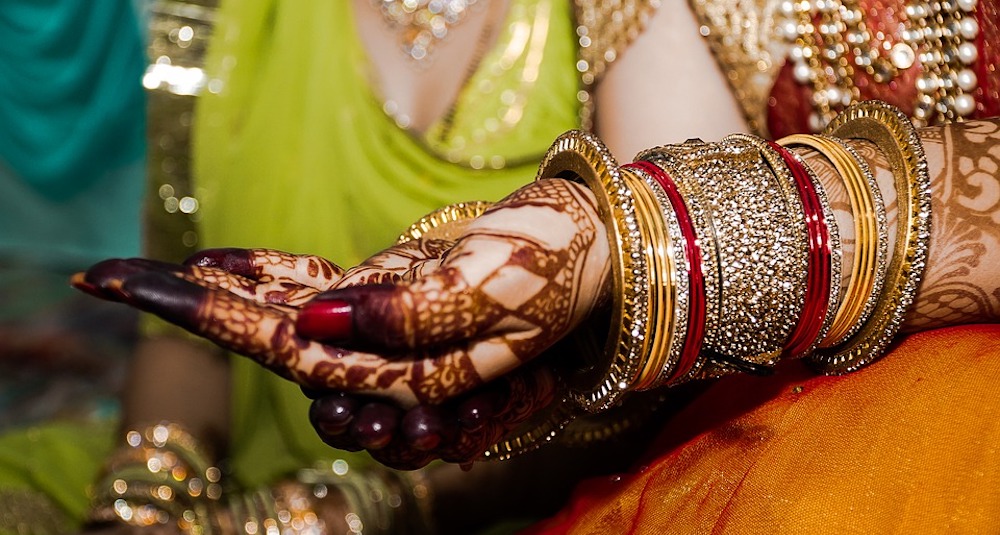 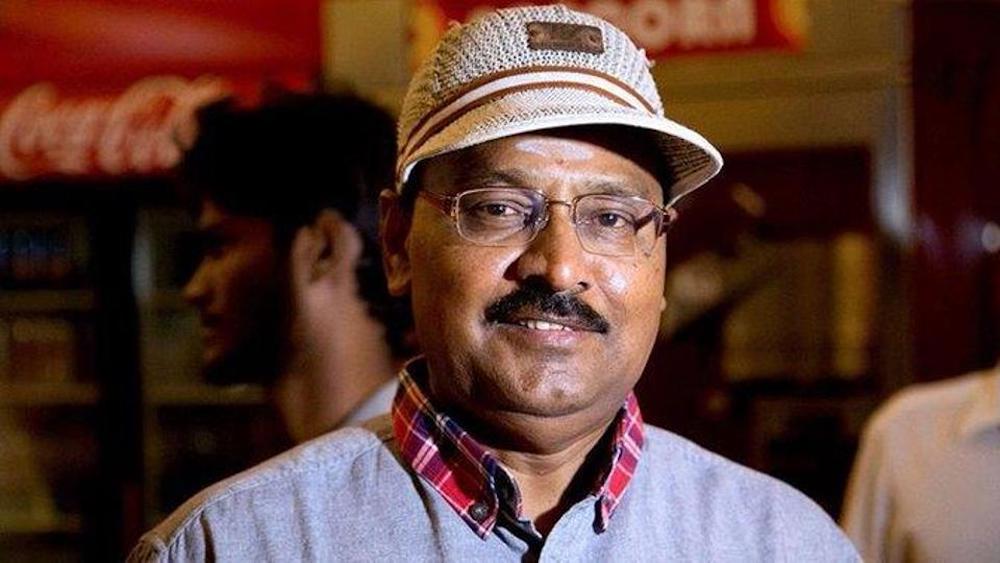 I have a question for those that point it out as the job hazard of an artist, especially for one in the film industry who has to interact with women quite closely and intimately in the course of his day job. The artist’s wife, even if she wasn’t in the same industry, might interact with men a fair bit in the course of her day. So I ask, can she also fall prey to the same ‘weakness’?

Whether you are in the field of arts or not, life throws both man and woman the same kind of opportunities to stray. But a woman hardly ever steps out of her marriage. Why? Because she rarely forgets self control and keeps a tight hold on her emotions.

So men, please do not blame your lack of self control and failure to keep your baser instincts in check on ‘artistic tendencies’!

Women expected to be the epitome of grace and forgiveness

Also, this statement: ‘One day you will come back to me, anyhow!’ The laid-back arrogance soaked into that sentence, what is it if not a distortion? How easily has the hurt of his wife at being betrayed so publicly and so casually been cast aside!

This is sheer arrogance – expecting the woman to be forgiving based on the artificial constructs of a woman – “she is full of grace, of patience” etc. How cunningly he has diverted attention from his act and his wife’s inner turmoil! More importantly, by doing so, by means of this clever ruse, he is assuaging his guilt.

Will a woman be equally ‘forgiven’ any ‘artist’s weakness’?

Will a society that casually casts off a male artists’s immoral acts be equally forgiving of a female artist’s transgressions, whatever they may be? Will they be accepted, sans judgement?

Or will a female artist be able to pass off their errors in judgement by pointing at the actions of their male counterparts and get away with it?

The purpose of this article is not to proclaim that women have just as much right as men to cheat on their spouses. When both sexes have equal opportunities to make mistakes, to fall off the path, why are the resultant character appraisals so uneven? We are not asking for equal rights to make mistakes. But at the very least, both sexes can get equal rights to stay on the straight and narrow, right?

In the climax scene of a famous movie by this director, the heroine leaves her husband that cast aspersions on her character. But first, she digs a hole and buries deep the epics that propagate inequality between men and women, and walks off with her head held high! Isn’t it funny to note the disparity between the artist’s work and his actions in his day to day life?

What do you call your husband? Whatever the name might be, let it be a mutual decision. Don't allow the societal expectations to decide that for you. 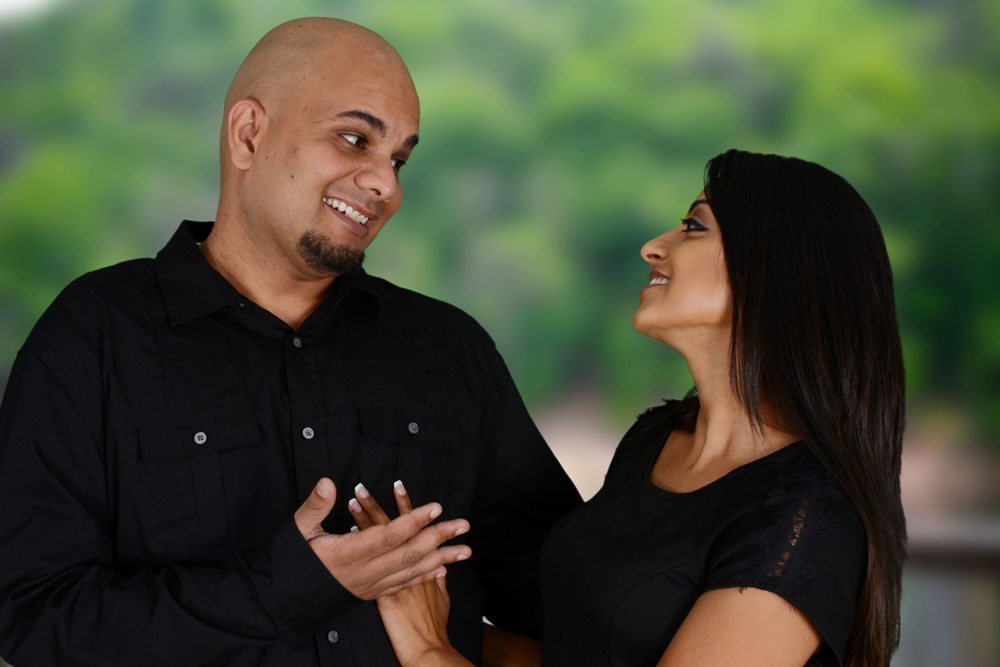 What do you call your husband?  Whatever the name might be, let it be a mutual decision. Don’t allow the societal expectations to decide that for you.

What do you call your husband? The obvious answer is ‘his name’. That is what a name is for, isn’t it? To address someone, to call out to someone, to speak of someone and so on. Well, not every wife calls her husband by his name.

A recent real-life incident had me thinking. A friend of mine whom I have known for a few years calls her husband ‘Evandi’. As a result, we, her friends, thought his name was ‘Evandi’ and for all these years he has been called ‘Evandi’ by her female friends, and even by a lot of the men in the social circle. This husband is known by the trendier ‘A1D’ among his office mates who are largely non-Indian. Recently we found out that Evandi’s real name is not ‘Evandi’ at all. In fact it’s not even a name! In Telugu, this is the word used by a wife to address her husband. A word that signifies respect and one that women use, to avoid calling the husband by his real name!

Indian society defines a man's family as his parents, brothers, sisters, sisters in law, children, uncles, aunts, and the wife who 'comes in from outside'. But a man who is nice to his wife's parents is a joru ka ghulam.

Indian society defines a man’s family as his parents, brothers, sisters, sisters in law, children, uncles, aunts, and the wife who ‘comes in from outside’. But a man who is nice to his wife’s parents is a joru ka ghulam.

How will the inequality ever end when the bar, the yardstick rather the field itself is wrong in the first place?