What Does UNESCO’s Global Survey On Online Violence Against Women Journalists Tell Us?

A global report on online violence against women journalists proves that online or offline, women aren’t safe for expressing their opinions!

UNESCO and International Center for Journalists (CFJ) published a report on online violence against women journalists from a global survey conducted in the late 2020s. In this survey, over 900 responses have been recorded in five languages from 125 countries, out of which 714 respondents identify as women.

Seventy-three percent of the women respondents said they had experienced online abuse. Of these, 49 percent were abused with hateful language, 48 percent with unwanted private messages and 42 percent were targetted with reputational threats. Meanwhile, 25 percent said they received threats of physical violence and 23 percent received threats to their professional standing. At the same time, 18 percent of them were threatened with sexual violence while another 18 percent detected surveillance and 13 percent received threats of violence against those close to them.

Fifteen percent of the women faced image-based abuse which included manipulation of photos, videos and public sharing of explicit images without consent. Twenty percent of the women respondents were attacked or abused offline in connection with the online violence they had experienced. As a response to this, 13 percent increased their physical security and concerned about their safety, 4 percent chose to miss work.

It is the mere targeting of the women journalists, to either suppress their voice or break their confidence; which is often seen as a cause to the violence against women.

They faced the abuse everywhere

Fifteen percent of the women journalists respondents named their sources and contacts as the top perpetrators of online violence. Of the digital security attacks, 18 percent was surveillance, 14 percent was hacking, 8 percent was doxing and 7 percent was spoofing.

Why is online violence not reported?

Only 25 percent of the respondents reported incidents of online violence to their employers. While 10 percent received ‘no response, 9 percent were told to ‘grow a thicker skin or toughen up.’ And 2 percent were asked ‘what they did to provoke the attack.’

From off-line to online, the burden of the crime is on women from wearing appropriate clothes to putting up appropriating photos online. Meanwhile, the problem central to the crisis is left unaddressed.

There are also blurred lines of safety and security when there are interlinkage and inter-connectivity of sources of abuse, online or offline. For instance, speaking statistically, 17 percent of the respondents felt physically unsafe as a result of online violence.

Social media applications play a significant role in facilitating harassment, intimidation, abuse. The online reporting of these accounts on the respective websites does not seem to work sensitively. Often, the typical response is, ‘your request cannot be processed, the content does not seem to harmful to viewers’ (personal experience of the author).

It is the reflection of the larger patriarchal misogynist attitude and failure of technological advancement that such checks and balances are not put in place.

The rise in the violence against women is often used as an excuse to put restrictions on women’s mobility and access to public spaces. This has a direct impact on their access to higher academic as well as work opportunities.

Likewise, in the case of online abuse, employment and productivity impacts are severe. Thirty-eight percent women reported to have made themselves less visible in the workspaces, 11 percent missed their work, 4 percent quit their jobs. And 2 percent abandoned journalism altogether.

The information crisis or increase in disinformation or misinformation was witnessed worldwide with the COVID-19 led subsequent lockdowns. Its impact was seen on even women journalists who either became victims for reporting the ground information (in the Indian case) or due to digital false campaigns. Hate speech and violence are central in both of these cases, as the cause as well as consequence.

Giving them the support they need is the way forward

The survey report is really an eye-opening factor in assessing the level of gender sensitisation in media houses and in providing the access to support mechanisms. Only 20 percent of the women respondents had access to a sensitive peer support network. While the number is alarming it is also noteworthy to analyse the access to a safe workplace environment.

The social media companies must be made accountable and a policy level audit of their guidelines must be conducted. Increase transparency with the responsibility to Internet companies. Gender sensitisation platforms, workshops, and interactions should be organized regularly within news and media organisations. Other than that, there should be a building of safe networks of communications with legal and counsellor experts. 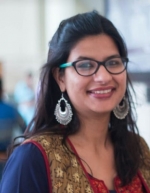 Twinkle Siwach is a PhD Scholar at the Centre for Media Studies, School of Social