After my cousin was sexually harassed at a wedding, I realised weddings are only ways for the groom’s side to bully the bride’s!

It was in January that I attended the last wedding ceremony in my family. My bua (my dad’s cousin) was getting married in Bhubaneshwar, Odisha. On the evening of the grand event, while our entire family was busy celebrating the occasion, my younger cousin came to me. She told me that one of the baraatis had winked at her and misbehaved with her in the banquet hall.

A young teenager, she was terrified of the incident. She described the physique of the man to me and I went to the banquet hall to look for him. Turns out, he was a middle-aged man, almost twice her age who was so drunk, he could barely stand! I secretly took his picture and went back to my sister who confirmed his identity.

It wasn’t a ‘small’ incident!

Since the ceremony was yet to begin, the groom was in his room, so I went there to ask him about the man. However, it was his aunt who said, ‘It’s not a big deal. Come on, child. Such small things keep happening at these events.’ Like seriously! Harassing a teenage girl seemed like a small thing to her!

From there, I went to my cousin’s father (my uncle) and told him about the incident. My uncle, a Practicing Cost Accountant at Rourkela, replied to it saying, ‘It’s her fault! Why the hell was she roaming around? We knew that drunk baraatis will create a nuisance at the wedding venue! You don’t know, beta, baraatis throw away all the food and even abuse and assault the bride’s family when they’re drunk. But nothing like that has happened here. So this ‘small’ incident can be excused!’

Meanwhile, my mom found out about the incident and started scolding me for misbehaving with the groom. According to her, ‘We are the bride’s family. And we need to understand certain things – that they are our guests and they cannot be treated like this!’

All the reactions disheartened me

To that, I replied, ‘Okay fine. I’ll put this drunkard’s photo on social media and write about the incident while tagging all the family members from both sides!’

‘Pintu! Don’t you dare do any such stupidity or your bua’s life will be miserable at her in-law’s house! This may lead to an end to the happily married life even before it has begun.’

All these reactions surprised and disheartened me. The entire family stood up to support the drunkard but no one bothered about the innocent teenager.

When my bua found out about it, she asked me to forward the photo to her on Whatsapp and assured me that once the wedding was over, she would talk to her husband. It is already November and I am still waiting for my bua’s reply about that man. I later found out that the drunkard was none other than the groom’s uncle.

It is often just an opportunity to create a nuisance

Indian weddings are, often, less of a celebration and enjoyment but more of such bizarre incidents! The baraatis, believe that they have every right to humiliate and ridicule the bride’s family because they are from the groom’s side. But the problem arises when the bride’s family accepts it all and still feeds them delicious food.

We have normalised such behaviour in family functions. Marriage is supposed to be a symbol of love, affection and life-long commitment, not an opportunity to drink and create a nuisance. Had it been my daughter’s wedding, I would’ve made sure that the man stayed behind the bars all night long! 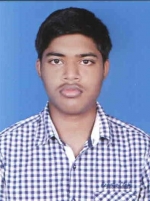 No, Ji! We Don’t Want Dowry Before The Wedding, Only ‘Rewards’ For Treating Her Well!

Tanushree Dutta, Me Or You; We All Have No Choice But To Fight Workplace Harassment