Are Marriages Really Sacred If Women Are Being Forced To Have Sex With Their Husbands?

Marital rape is a reality for more than 60% women in India. And yet, it is still not a crime under the law. Will it ever be criminalised?

Marital rape is a reality for more than 60% women in India. And yet, it is still not a crime under the law. Will it ever be criminalised?

Rape is a crime and the person accused can be punished severely by the law if proven guilty. There are laws against the crime of rape which can be used to bring justice to the victims and punish the culprits.

But what if this sin is committed by someone who a woman is supposed to spend her whole life with? It becomes marital rape where the husband forces his wife to have sex with him, in their marriage.

When rape by a stranger is a traumatic experience that haunts the woman every day, marital rape brings unimaginable trauma as she sees her rapist everyday! Unfortunately, marital rape is not a crime in India simply because marriage is seen as a sacred institution here.

But how can marriage be sacred when the person you’re bonded with under this institution violates your consent? How can a woman raped by her husband continue to live with him knowing that it might happen again?

Section 375, the provision of rape in the Indian Penal Code (IPC) considers- “Sexual intercourse by man with his own wife, the wife not being under 15 years of age, is not rape.” And Section 376 of IPC provides punishment for rape.

According to the Section, the rapist should be punished with imprisonment which shall not be less than seven years but may extend to life or extending up to 10 years. And shall also be liable to fine unless the woman raped is his own wife, who is not under 12 years. In which case, he shall be punished with imprisonment of either description for a term which may extend to two years with fine or with both.

Laws and law-makers are insensitive about this

These laws prove how insensitive the Indian government towards marital rape and don’t want to criminalise it just because the rapist is the husband. According to Women and Child Development Minister Maneka Gandhi, marital rape cannot be criminalised in the Indian context.

She says, “It is considered that the concept of marital rape, as understood internationally, cannot be suitably applied in the Indian context due to various factors e.g. level of education/illiteracy, poverty, religious beliefs, mindset of the society to treat the marriage as a sacrament.”

Her statement angered a lots of women rights group. How can a woman who is supposed to work for women and child development make such a regressive statement? Especially when there are more than 60 percent marital rape victims in India?

It is time to criminalise this horrible act!

Research has proven that more women are raped by people known to them than strangers. What people often don’t want to accept is that most of these known people are the husbands who violate the dignity instead of respecting it!

When the statistics show that more than 60 percent women are victims of marital rape in India, there’s a chance we see these victims and rapists around us. But it is very difficult to figure out who among them are these victims.

When we see a married couple, we have a number of things in our minds. Right from wondering about the happiness in the marriage to whether the wife is happy and satisfied. We don’t ever think of the other side of this because, I believe, we aren’t as wicked to think such horrifying thoughts.

It is high time there were strict laws against marital rape. Marital rape needs to be criminalised since a number of women are victims to it. The women who show the courage of filing a complaint against their husbands are turned away by the police. With such a lack of support, can marital rape ever be criminalised in India? 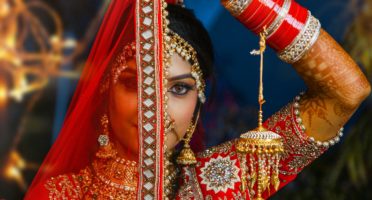